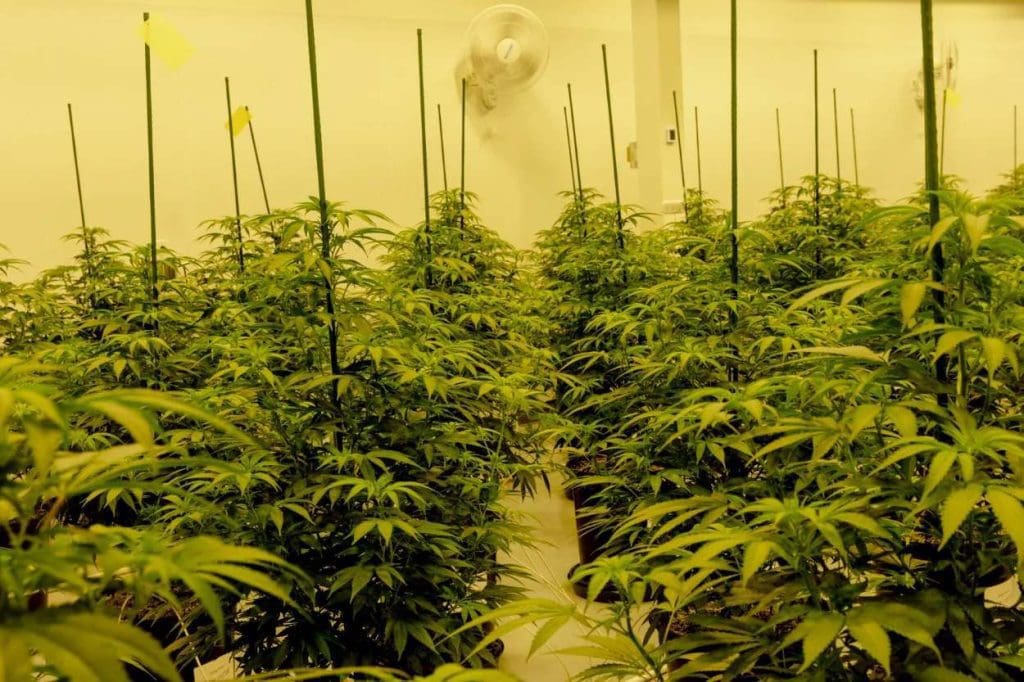 Since Connecticut approved recreational pot over a year ago, the process of licensing and building out the state’s market has been a slow burn.

But regulators said this week that approved marijuana businesses are on track to launch retail sales within the next few months — delayed from their original timeline, but in keeping with more recent estimates.

In a Nov. 22 announcement, the Department of Consumer Protection said the supply chain was close to reaching the 250,000 square feet of licensed growing and manufacturing space required by law in order for sales of recreational marijuana to commence.

“Given this threshold, the start of adult-use cannabis sales relies on the successful conversion of all four existing medical marijuana producers or additional cultivation to come online,” the announcement read. 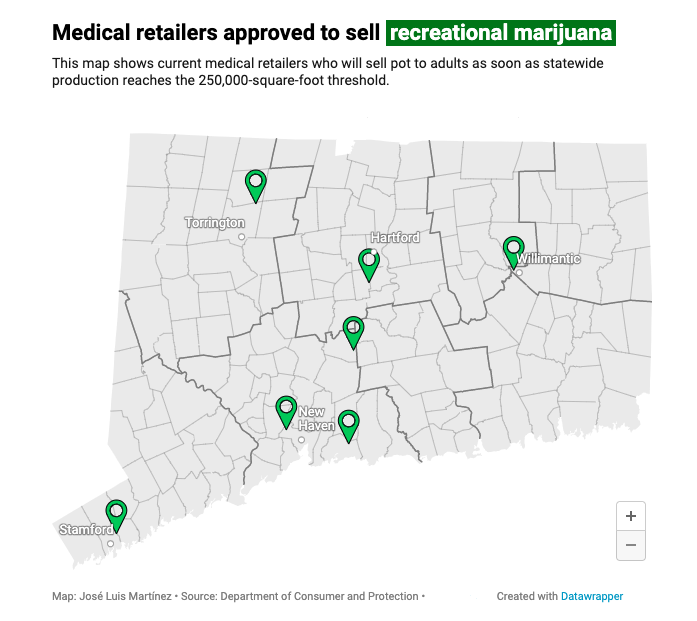 As of this week, three of those four existing medical marijuana producers — Advanced Grow Labs, Connecticut Pharmaceutical Solutions and Curaleaf — have fulfilled the requirements to obtain hybrid licenses, enabling them to serve both the medical and recreational markets. The fourth application was submitted two weeks ago and is under review, according to DCP.

As expected, the state’s existing medicinal marijuana infrastructure provided the groundwork for establishing the adult-use supply chain, but the fees to convert those licenses were significant: $1 million for retailers and $3 million for producers. The rate was discounted for operators who formed 50/50 “equity joint venture” partnerships with a person or business who met certain low-income requirements and was based in a community that had been historically harmed by marijuana’s prohibition.

Seven medical retailers have been approved for hybrid licenses and could be ready to sell products as soon as production reaches the 250,000-square-foot threshold. Many more have submitted applications to convert their licenses, DCP said.

The approved retailers are:

DCP has also been evaluating license applications from new entrants to the market. Fewer than 50 licenses were available across nine categories, from growers to product manufacturers, transporters, retailers and delivery services, through the lottery process. And half were designated for “social equity” applicants, who are being selected via lottery.

To date, DCP has issued provisional licenses to more than 40 growers and retailers.

Unlike medical marijuana businesses that are building on existing operations and infrastructure, new entrants will be trickling into the market more slowly over the coming year or so. Those selected via lottery then have to apply for a license before they can get to work launching their business, an expensive and time-consuming process in the highly-regulated marijuana market.

Johnny, how often do you find yourself at one of Norwalk’s 20+ liquor stores?