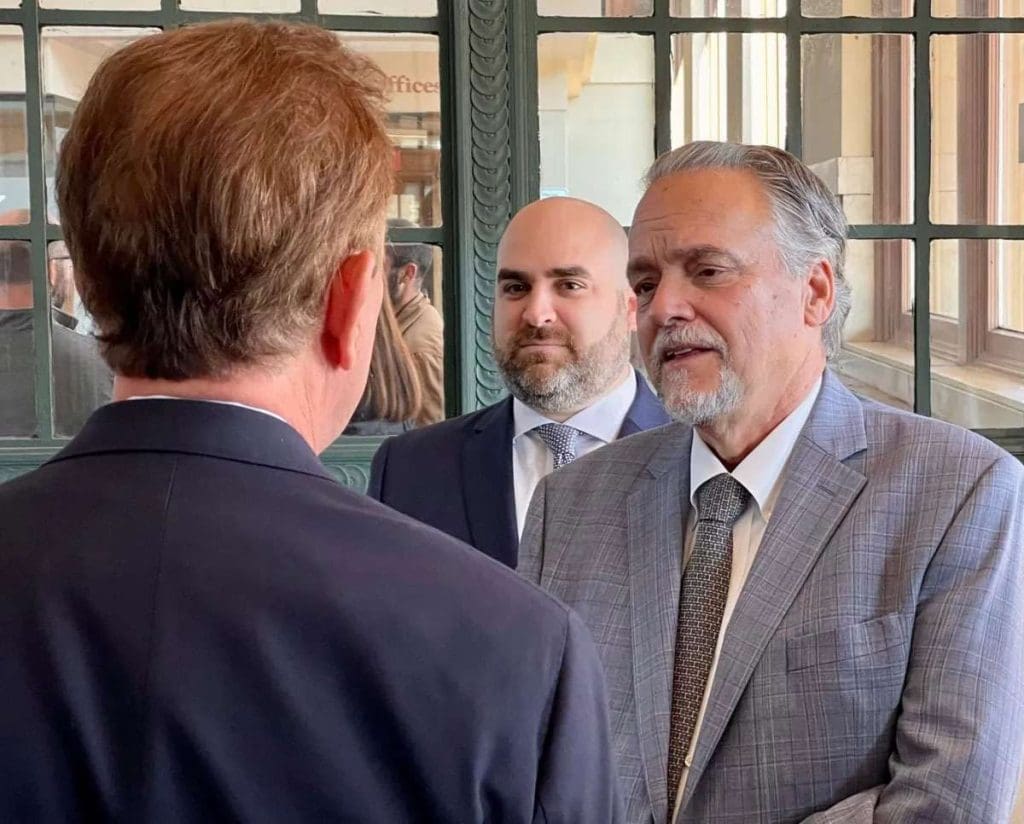 Jim Cameron is founder of the Commuter Action Group and advocates for Connecticut rail riders.

The Connecticut Department of Transportation (CDOT) is getting a new Commissioner. After four years on the job, Joe Giulietti is retiring.

Giulietti has spent more than 50 years in transportation, starting as a brakeman and conductor on the old Penn Central Railroad while still a student at Southern CT State University.  He graduated to road foreman and then assistant manager for operating rules before joining the new Metro-North in 1983 as superintendent of transportation.

In 1998 he pulled up stakes and moved to Florida where, for 14 years, he ran the Tri-Rail commuter rail system.  Then Metro-North called him back to become President of the railroad from 2014 to 2017, when he retired after a health scare.

As he likes to tell the story, Giulietti got a cold call in 2018 from newly elected Governor Ned Lamont, beckoning him out of retirement (again) to become CDOT commissioner, his “job of a lifetime”.

Giulietti accomplished a lot in his tenure, delivering projects on-time and on-budget while being constantly pushed by his boss to speed up rail service to fulfill Lamont’s pipedream of “30-30-30” service.  The commissioner also took one for the team, serving as front man for Lamont’s unpopular tolls initiative, long since abandoned.

Insiders tell me Giulietti is heading south again to warmer climes, but I’m guessing he may resurface in some consulting role.  He knows too much to just sit on a beach.

The 70-year-old Giulietti’s successor is Garrett Eucalitto, his former deputy commissioner, a self-described “policy nerd”, not a railroad or highways guy.  Eucalitto, who’s in his 40s, may be the perfect guy for the job because the challenge at CDOT has changed.

The task now is finding the money and the talent to execute on long-planned transportation improvements.  While Connecticut is getting $5.38 billion in federal funding, the new commissioner has to match those funds with state money and compete with other states for $100 billion in additional funding for specific projects.

Eucalitto knows funding like Giulietti knew railroad switches.  The new commissioner spent time at OPM, the state’s Office of Planning and Management, which controls the budget purse strings.  And he worked for the National Governor’s Association, turning transportation wishes into funding realities.

But finding the money is only half the battle that Eucalitto will face.  He also needs to find talent to execute on the plans.  After years of attrition under the Malloy administration, CDOT still has 700 unfilled jobs.

Eucalitto says the agency is attending jobs fairs and scouring the region for engineers.  The CDOT is even having trouble hiring truck drivers, competing as it must with the private sector.

Eucalitto inherits an agency with a strong direction and good momentum.  The all-important Special Transportation Fund (STF) which subsidizes these projects is coming back from life support, the current “gas tax holiday” notwithstanding.

Asked if tolls were back on the table as a funding source for the STF, Eucalitto said “No… but…”  In 20 years when we’re all driving electric vehicles, a tax on petroleum products to pay for transportation will be an odd footnote in history.

The biggest change to safety on CT roads that the new leader Garrett Eucalitto can do, which won’t cost a penny of taxpayer money, is to finally abandon the obsolete and dangerous lane width standard that CTDOT insists upon, and institute a new policy of 10-foot wide travel lanes on all state roads with speed limits under 40 mph.

This is being done all over the country except CT, and will lower average speeds by 5-7 mph according to Federal Highway Administration research, saving lives and preventing injuries for all users of our roads, including car occupants, cyclists, and pedestrians.

The extra width gained by this simple but effective change will allow for bike lanes and/or wider shoulders that will dramatically change our communities by making them safer for everyone.

It is time the stubborn engineers at CTDOT stop terrorizing our communities with their obsession with car-only solutions, and wake up and join the movement for safer streets and roads.

We saw this dangerous attitude just 18 months ago in Rowayton, when Norwalk officials asked for 10-foot lanes on the newly repaved RT 136, but the state simply ignored Norwalk officials and painted 11 and 12-foot lanes through Darien and Rowayton, narrowing shoulders where pedestrians are squeezed alongside speeding traffic and preventing marked bike lanes in a community where walking and cycling are popular but currently dangerous.

In other words, CTDOT made our community more dangerous because of some apparent ego problem (nothing else explains the bizarre behavior) that prevented a safe solution that would have cost exactly the same, by painting the lines one foot narrower on travel lanes in an area with a 25 mph speed limit.

State standards as well as national AASHTO and NACTO standards actually recommend safer 10-foot lanes on lower-speed roads below 40 mph, yet CTDOT insists on an 11-foot minimum which makes no sense, and cannot be justified by any FHA safety research. It’s indefensible and dangerous.

This tyranny of insisting on interstate highway-lane widths by CTDOT on our local roads also happens on the full length of Route 1 that traverses our beautiful state from end to end, where communities from Greenwich to New London have been requesting bike lanes and safer solutions for years, only to be ignored by state officials.

Imagine a safer bike-friendly Route 1, with bike lanes and slower speeds, and the positive impact that would have on our communities and local and state economies. And in most cases it wouldn’t cost anything to implement as the right-of-way is wide enough to accommodate narrow 10-foot lanes, 9 foot turn lanes, and 5 foot bike lanes, just as up-to-date standards recommend. .

Norwalk could have had a safer solution a couple of years ago on Westport Ave near Strawberry Hill, where the state ignored Norwalk officials request for bike lanes (to connect to existing bike lanes on County and Starwberry Hill that the city installed), and they went ahead and spent millions of taxpayer dollars actually installing wider travel lanes at the expense of bike lanes, widening the lanes from 10 ft to 11 ft with a 14-ft turn lane. It was an astounding example of ignorance and arrogance by the state over the wishes of a local community.

This dangerous nonsense has to stop now, and hopefully Governor Lamont and the new DOT chief can see the light on this issue and move CT into the 21st century, as every other state including the reddest states across the country are doing.

We already have a 12-year old state law called the CT Complete Streets Law that requires CTDOT to consider all users on decisions they make whenever state money is being spent, yet CTDOT has ignored this law with apparent impunity for years. It’s time to enforce the law, or fire the stubborn engineers who refuse to design and install narrower travel lanes and bike lanes on state roads across the state.

Please, it’s literally a matter of life and death for the users of our roads of all ages and abilities in our communities.

It’s long past the time that CTCOT become a partner in safer streets, not an adversary as they have been for decades.

“Eucalitto inherits an agency with a strong direction and good momentum.”

That’s a generous description for the 3rd worst rated infrastructure in the country that thinks its ok to spend $1bn on 500 foot long bridges for 1/2 mile long rivers.

At least local commissioners are promoting even newer technologies like the bicycle (circa 1890). What’s next? Reverse angle driving?