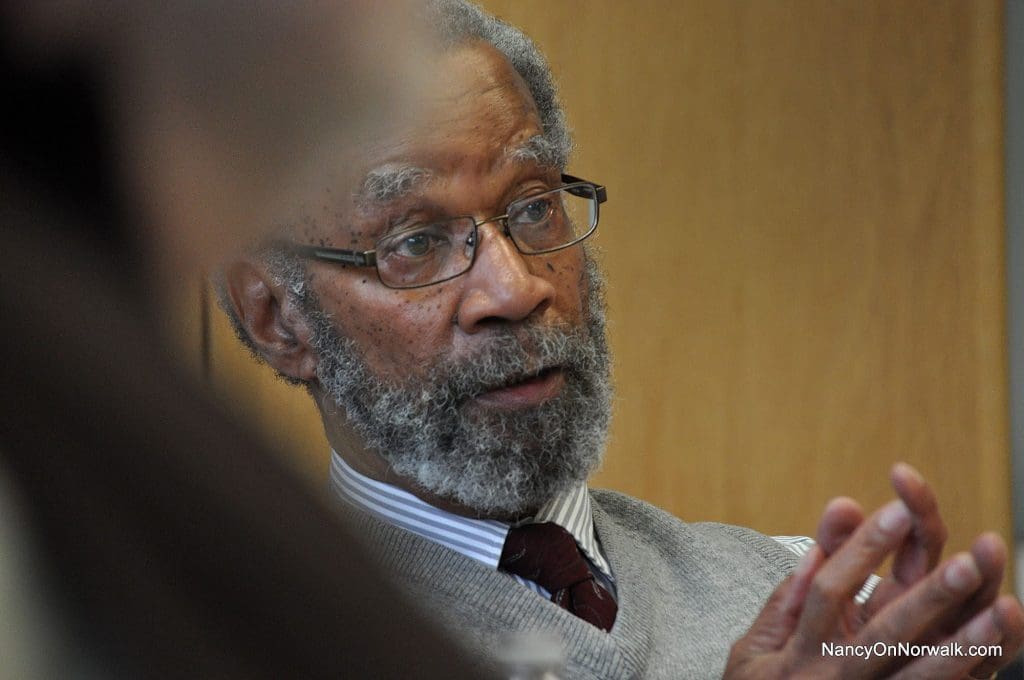 Law led the Housing Authority for 43 years, Mayor Harry Rilling said Tuesday. He was “also responsible for the development of their scholarship fund, which helped educate many, many young people who lived in Housing Authority properties, and also the learning centers that they had for after school learning and homework assistance, computer training for the young people.”

He was born Dec. 1, 1934 in the coal-mining town of Thorpe, West Virginia, his obituary states.

“After serving 10 years in the United States Air Force, he graduated with a Bachelor’s of Science Degree in Business Management from Franklin University in Columbus, Ohio and a Master’s Degree in City and Regional Planning from Ohio State, which led him to become an avid Buckeye football fan,” the obituary states.

The Milford resident was married to Candace Mayer and loved photography, golf, and saxophone, as well as gardening, it states. He had four children and two grandchildren, five great grandchildren and one great-great-grandchild.

“As the Executive Director of the Norwalk Housing Authority for 43 years, his accomplishments were recognized as being among some of the best in the nation, bringing recognition to the agency and its staff. Curt’s vision of supporting residents in their efforts to achieve a life of prosperity and financial independence led him to develop educational programs for public housing residents that extended from kindergarten through graduate school. This culture of educational achievement led to the formation of what grew to become the largest and most generous college and graduate school public housing scholarship program in the nation. Students from Norwalk Housing not only studied locally, many traveled to other states and some to other countries for their education. While students of the program included several who achieved advanced degrees, Curt was as proud of the chef who memorized all his recipes to overcome his learning challenges as he was of the medical doctor. The college scholarship program received praise from the Harvard Business School Club of Fairfield County when it conducted an in-depth study of the outcome of scholarship recipients.

“Curt received local, state and federal awards but was most proud of receiving the M. Justin Herman Memorial Award for the Outstanding Professional of the Year from the National Association of Housing and Redevelopment Officials in 2014. This award was an acknowledgement of Curt as an innovator and leader who redefined public housing from its narrow role of housing provider to a broader vehicle that included easily accessible education and job training for all family members. Housing became a launching pad rather than a landing place under his direction.”

This country needs more Curtis Law’s. A man of principles and commitment who has changed the lives of so many. I, and many others will miss you.

What an incredible man and career! Thank you for including this in NON! May he rest in peace!

What always impressed me above all about Curt Law’s leadership of the Norwalk Housing Authority was his concern for the children of resident families as “whole persons,” needing not just shelter in a NHA unit but access to additional educational, recreational, cultural and health opportunities as well. Curt often sought City support to expand grants and funding for the computer learning centers at some of the NHA’s largest multi-family residences, and as Mayor I remember attending so many wonderful events for computer training sessions, scholarship essay readings at NHA learning centers and after-school homework support academies that Curt had set up and organized. Well done, Curt. Your work made Norwalk a better City!

I loved working with Mr. Law. I remember him and his protégé Ivy Burke. I felt I had found common ground with genuine people who truly cared about literacy. Their work was not egoistic of self-serving. It was all about the youth and the adults who wanted to help them. Moving into Norwalk and encountering people like Mr. Law, Otha Brown, Rev. Stenhouse, Marianela Medrano, Dennis Bradbury, Midge and Bernie Unger, Rev. Diane Wilson (also Principal of Wolfpit school) Otha Brown made it such a great place. All of these people were straight shooters with me (no grey areas), but they took such great care of this once new comer and they enhanced what I had been taught about the gift of a genuinely supportive community. The movement and racial mixing was a bit more honest and fluid. People like Mr. Law and the others made the work both meaningful and enjoyable. I had the privilege of having conversations with Mr. Law that enabled me to understand him as a person and how he came to care so much about literacy. We had great agency partnership! It was always evident that though he was an influential man, his mission was beyond politics.

He has been retired from the Norwalk Housing Authority for many years and he has now transitioned from this life, but I hope his legacy does not go unforgotten or unappreciated.