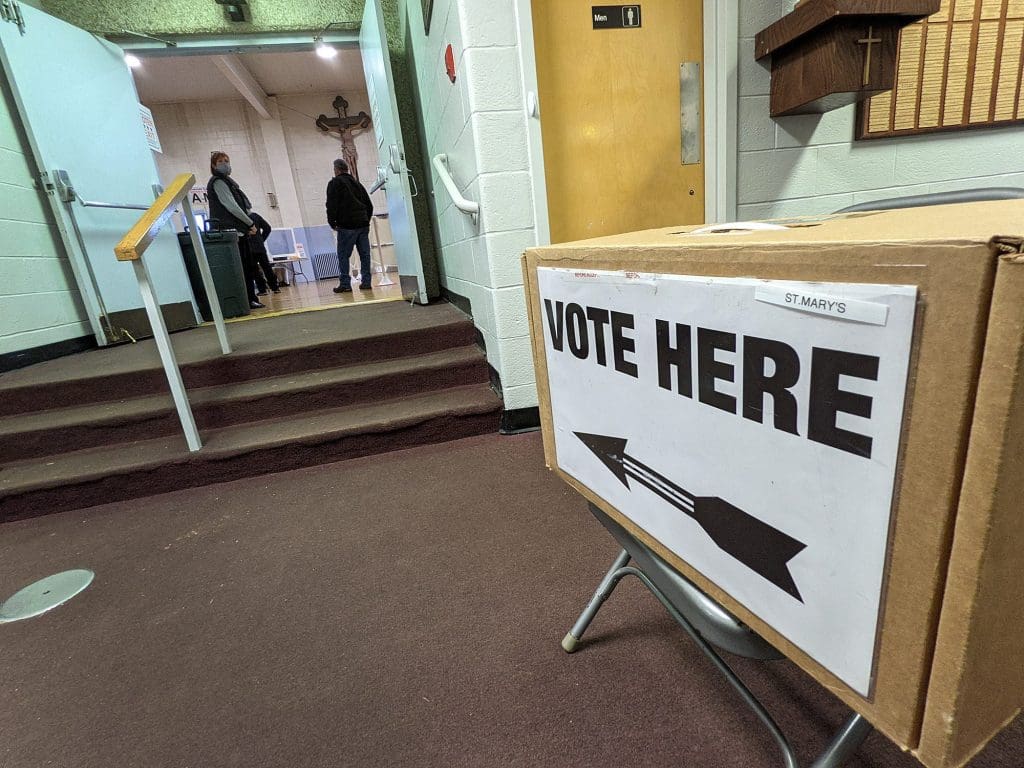 Voting last year at St. Mary’s Church. The poll has been moved to the Norwalk Public Library.

NORWALK, Conn. — Election Day is upon us.

Nationally, tensions are high as Democrats speak of abortion and threats to democracy, while Republicans speak of crime and inflation. Locally, some voters may find themselves going to different polls while others may go to their familiar location to find that they’re voting for a different district than they’re used to.

Legislative district lines were redrawn this year in response to the 2020 census.

The ballot also asks voters, “Shall the Constitution of the State be amended to permit the General Assembly to provide for early voting?”

The State has sample ballots posted here. You can check your polling place here. The League of Women Voters has posted candidate information on Vote411.

Polls open at 6 a.m. and close at 8 p.m. Democrats are advertising their Election Night gathering in the Norwalk Inn. The ballroom opens at 7:30 p.m. and free food will be available at 8.

NancyOnNorwalk could not find Republican information about Election Night. Republican Town Committee Chairman Fred Wilms did not reply to an email.

Voter interest appears to be up according to information from Democratic Registrar Stuart Wells, who said the requests for absentee ballots are higher than previous years.

Although there is talk of registrars feeling unsafe nationally, Wells said there have been no threats here.

We have received cards giving us two different polling places to vote. We are getting straightened out and will vote, but this is another reason why people get discouraged with the voting process.