NORWALK, Conn. — Republican State Representative candidate Nicole Hampton has won an endorsement from the Connecticut Fraternal Order of Police in her drive to represent District 143 in the coming two years.

Asked for a response, her opponent, Democratic candidate Dominique Johnson, said she has won 12 endorsements from a “diverse list” of groups.

The pair are vying for the seat now held by State Rep. Stephanie Thomas, a Democrat who is running for Secretary of State.

District 143 includes parts of Norwalk and Westport. It used to include Wilton but the district boundaries have been moved. District 143 had been reliably Republican before Thomas won it in 2020. 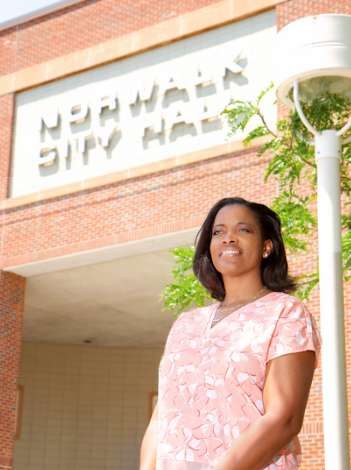 “It is my absolute privilege to be endorsed by the Connecticut Fraternal Order of Police,” Hampton is quoted as saying in a news release. “Our law enforcement officers give so much every day to our community in order to keep us safe. They deserve our support and as a state legislator I would strive to better equip and protect them, rather than making it harder and less safe to do their jobs. Connecticut Law Enforcement has suffered since the police accountability bill. I back the blue and will work tirelessly for the men and women who protect our families every day. It is an honor to have their support in this endorsement and means the world to me.”

The Hampton campaign’s release emphasized the candidate’s community involvement, calling her “no stranger to strong advocacy efforts when it comes to legislation.” A 15-year resident with a daughter in Norwalk High School, Hampton “is active in her daughter’s local PTA and Equity Committee” and “openly shares her struggles and triumphs” as “a woman in recovery from both mental health and addiction,” looking to inspire others.

The “seasoned recovery coach” worked with “the Community Care Team at Norwalk Hospital where she met with over 30 community and municipal providers on a weekly basis to help at-risk individuals achieve wellness in all social determinants. Nicole serves on the local prevention council, The Norwalk Partnership and she is also a volunteer of the Connecticut Community for Addiction Recovery (CCAR).” 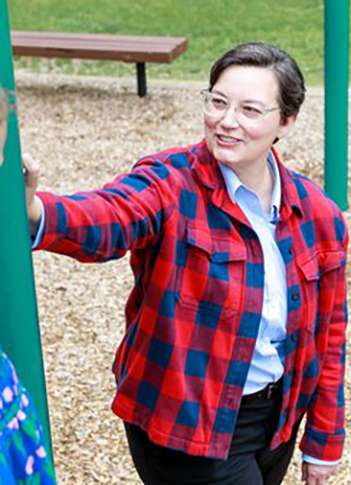 “I am honored to announce the endorsements my campaign has received so far,” Johnson said in a release. “This diverse list includes union support, gun safety advocates, organizations supporting women’s reproductive healthcare, support from teachers, and more. When elected, I look forward to working to improve the lives of residents in the 143rd district, supporting equity in education, promoting common-sense gun reform, and introducing legislation to help protect our environment.”

Johnson has served on Norwalk’s Common Council since January 2020 as an at large member, winning election for the first time last fall after being appointed to fill a vacancy. She is Community Services Committee Chairwoman.

According to her campaign website, Johnson is from the MidWest and has lived in Norwalk for 10 years, volunteering for community organizations before becoming a Council member.

She is a consultant “for local, national, and international education, music, and public media nonprofits and startups serving the public good” and managing director for 1dr labs, said to strengthen “mission-driven social impact startups, social justice nonprofit organizations, and civic leadership,” according to her LinkedIn page. She is also co-founder of Norwalk Women Who Vote.

Dominique, please list some if any accomplishments you have on the CC over the last 2 years. Its funny how you have been on the CC I didn’t even know your name until you decided to run for State Rep. The only thing in the record I can find is you changed pronouns..WOW! That’s Huge?! I guess there isn’t anymore pressing matters in the City. Is there anything I missed?!!? Further I notice you have been endorsed by many of the Teachers Union’s that kept schools closed and are children are very behind because of them. And the Union in Norwalk is basically non existent and let the Superintendent run over over them. And you have mainly unions supporting you which should be very concerning to everyone since though in there day was a good thing but we all know Democrats don’t support them and there endorsement really doesn’t carry much weight as it used to.
As for Nicole she has many more endorsements that will be coming out that she will announce very shortly. And one last comment on your FB page that’s mentioned its funny how you only let Democratic women join and have a voice. Would you care to comment on why its not inclusive of any other political affiliations?