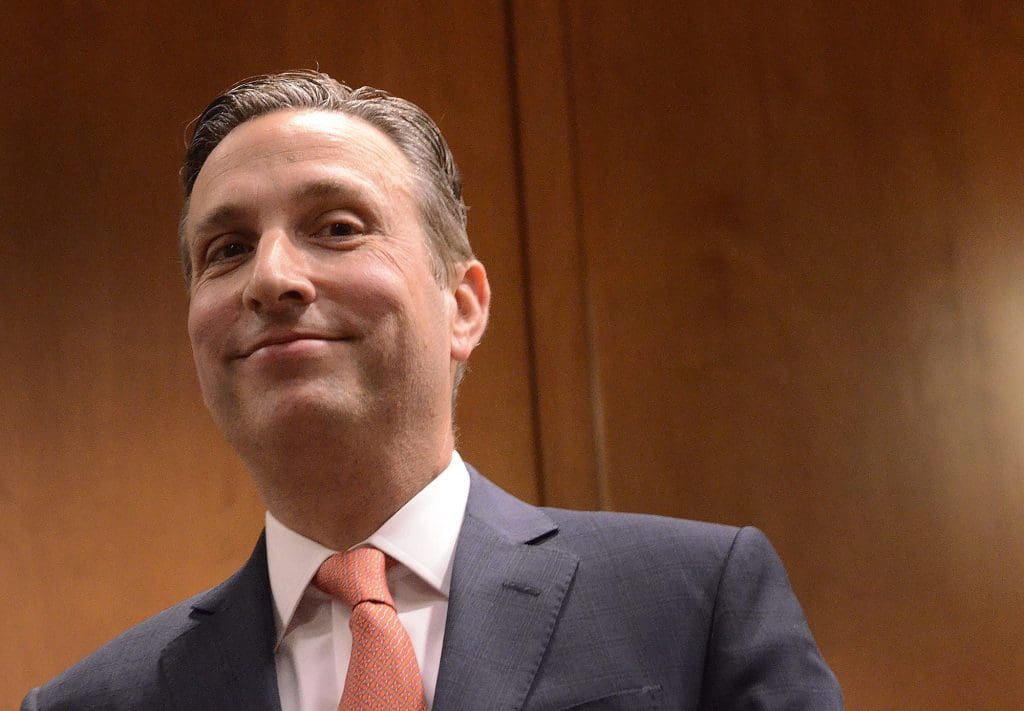 Some Norwalk Republicans alleged before the election that Duff was motivated by a threat for the leadership role. Duff and Senate President Pro Tempore Martin Looney (D-11) “were elected unanimously and no one else was nominated for either position,” Democratic spokesperson Kevin Coughlin said.

Their election comes “on the heels of decisive wins in more than 100 Connecticut communities on Election Day,” Coughlin’s press release observes.

Duff was handily reelected to represent District 25, which includes Norwalk and part of Darien, with 60 percent of the vote.

“With a massive voter turnout of 79% of all registered voters, Senate Democrats collected nearly two-thirds of a million votes on Election Day and won their races by an average 15 percentage points over their Republican opponents,” Coughlin’s press release said.

Voter turnout in Norwalk was 74.23 percent, according to the Secretary of State.

“I want to thank the members of the Senate Democratic Caucus for their continued faith in me to get the job of legislating done in a bipartisan, responsible and respectful manner,” Duff is quoted as saying. “There are a wide variety of opinions and interests to balance, and my goal as majority leader continues to be to create and pass the best possible legislation for the benefit of the people of Connecticut. The people of Connecticut had a choice on Election Day, and they overwhelmingly chose Democrats to lead this state. They trust us. And we will deliver for them.”

This was part of a statewide movement, police unions endorsing Republican candidates.

Duff also went public with accusations a Norwalk Police officer spat at him when he visited police headquarters on July 24, accusing union members of being “rude, abusive and outright unprofessional.”

Bill Dunne, a Republican who ran against Duff in 2014, accused Duff of deliberately engineering a public spat with the police.

“Rumors are that he is facing a challenge to his Senate Majority Leader position, and it’s coming from a far-left, super-woke Senate colleague from New Haven.  How better to establish your own woke credentials than by bashing the cops?” Dunne wrote.

“We have a nice supermajority. Let’s start it off well,” Winfield said in 2018.

Looney and Duff will oversee a caucus of 24 members, Coughlin’s press release said. The Senate has 36 members.

“I want to thank my fellow Senate Democratic caucus members for their votes of confidence in my leadership of the caucus,” Looney is quoted as saying. “It is the honor of a lifetime to lead the State Senate chamber, an institution steeped in history and the ability to do so much good for the people of our state. I look forward to working with my fellow Democrats to create and pass public policies that benefit Connecticut’s hardworking families. With the experience, diversity, and energy of our caucus, we are going to move this state forward on a number of vital public policy fronts.”

The Duff Affair with cops was pathetic. Anyone who doesn’t think so still hasn’t watched the tape.
Speaking of tape, HUGE game for Notre Dame tonight. Politics takes a back seat today as the game’s outcome will set the tone for the balance of the month in our household.

Bipartisan legislation in Connecticut?! Really? Since when?
A bit off topic but relating to how business is done in Hartford,take a look at your Eversource bill.
Note the supply v delivery charges and compare them to a year ago.
Also note the asterisked items and ask how much of that money goes into the General Fund and not towads intended purposes.
The more things change, the more they stay the same in the land of steady habits.

Democracy will always prevail. As we Republicans have wanted a different result, we accept the voters choice in Connecticut.
Thank you to our Registrars, our Town clerk snd all the poll workers snd city departments that helped democracy happen because without you it can’t be accomplished