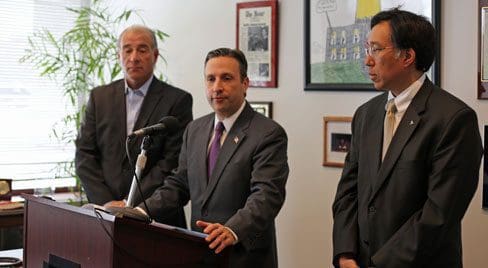 Currently, Connecticut law requires that any new vehicle be sold to a consumer by a dealer franchise that is not owned by the manufacturer. Each dealer location must be at least 14 miles away from another dealership selling the same brand.

“The world is changing and Connecticut needs to change with it as well,” Duff said Tuesday at a press conference in his office.

The bill Duff introduced Tuesday is the exact same bill as last year. That bill passed the House 116-32, but failed to get called for a vote in the Senate before the General Assembly adjourned.