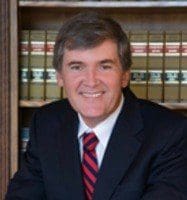 Schmidt, 70, served as Assistant to the Mayor under Mayor Alex Knopp, from 2001 to 2005. He’s more widely known for serving as legal counsel to the Connecticut House of Representatives Speaker in the 80s and 90s.

Knopp, a former State Representative, said he worked closely with Schmidt for 20 years and “regarded him as my closest professional and personal friend.”

“I got to know Ed as we drove up together several times a week from Norwalk to the State Capitol in Hartford after I was elected to the state House of Representatives in 1986,” Knopp wrote. “Ed was a remarkable skilled legislative drafter, municipal law expert, political tactician and community activist. He left his mark on a wide range of state laws, Norwalk and Darien municipal codes, and historic preservationist practices.”

Schmidt grew up in Rowayton, was an avid sailor and member of the Rowayton and Noroton Yacht Clubs, his obituary states. Darien considered him a town historian; he was author of the book, Noroton Heights–A Neighborhood for Generations, President of the Darien Historical Society and President of the Connecticut Trust for Historic Preservation.

“Ed Schmidt was true preservationist,” Norwalk Preservation Trust President Tod Bryant said. “He was so passionate about the subject that his own house is a reconstructed 18th century tavern and he served as Chairman of the Connecticut Trust for Historic Preservation (now Preservation Connecticut).  Ed could always be counted on to give sound and practical advice with a very high level of political savvy.  He encouraged the Norwalk Preservation Trust in our formative stages and reinforced the value of our mission to preserve Norwalk’s architectural legacy. He was a great friend. He will be missed.”

Schmidt began his legal career in 1975 as a trial attorney for the United States Department of Justice and went into private practice four years later, according to his resume. After serving as Knopp’s assistant, he was Bridgeport Assistant City Attorney, from 2007 to 2016.

“After I was elected Mayor of Norwalk in 2001, I created the position of Assistant to the Mayor and invited Ed along with others to apply. At first he said no, but over the next few weeks I kept calling him in his car at midnight as he was driving back from Hartford and asked him if he was still enjoying the ride. He finally agreed to apply and was hired.

“Ed was a tremendous help in coordinating with all the city departments to implement the wide-ranging activist agenda I had proposed to modernize Norwalk’s city government. We worked so well together that we could communicate easily with just a nod of the head. I think many people viewed us as a team with his political realism counterbalancing my electoral idealism.

“Our families became the closest of friends as we shared holiday meals, Yankee games, performances of the Norwalk Symphony and Broadway political plays. My family was in awe of the extraordinary humanitarian commitment made by Ed and his wife GiGi to adopt four Lithuanian young children after their son Jesse passed away so tragically at age 21 from a congenital heart defect.

“I feel very fortunate to have had Ed as a friend, a colleague, a co-worker and, yes, as a passenger on the long journeys of our lives.”

“I’m very shocked and saddened to hear about Ed’s passing. He was a very bright and talented individual,” Mayor Harry Rilling said. “I had the opportunity to work with him on a variety of projects and always found him to be very informed and organized. He was willing to listen to any thoughts and ideas I had relative to the project at hand. Ed was instrumental in the installation of our fiber optic network throughout the city. He served under Mayor Knopp and dedicated himself to developing our city’s technological infrastructure. My deepest condolences to his wife and family.”

So sorry to hear of Ed Schmidt’s passing. He impressed me when, as Assistant Mayor, he addressed the board on which I served, tge Norwalk Early Education Council. Also got to volunteer with him at the Darien Boy Scout Tag Sales where he would pick out the most interesting antiques. My deepest condolences to his family.