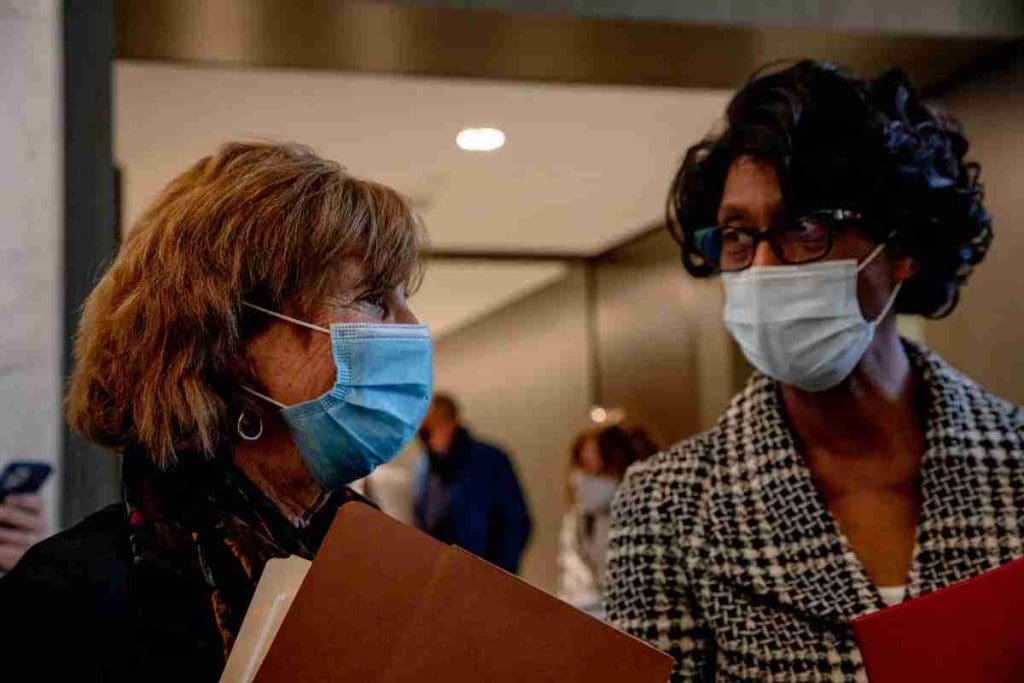 Facing pressure and feeling as if they didn’t have a choice, members of the legislature’s Education Committee reluctantly approved measures addressing the Sheff v. O’Neill settlement agreement on Monday.

This decision comes after Superior Court Judge Marshall K. Berger approved plans in the Sheff v. O’Neill case in January aimed at ending three decades of litigation and court oversight over how to repair racial, ethnic and socioeconomic segregation in Hartford schools and its suburbs.

But during Monday’s meeting, many legislators expressed frustration with courts deciding education policy and the settlement not being enough to address inequities in educational opportunities throughout Connecticut.

Education Committee Co-Chair Sen. Doug McCrory, D-Hartford, told committee members that he’s disappointed that the plaintiffs in the settlement believe this is the best option and expressed concerns about it being “extremely conditional on what other people may or may not do with their children.”

Although he has his concerns, McCrory still encouraged members to vote the legislation out of committee so that they can continue to have those conversations and discuss what opportunities they would like to see for children in the state.

“We cannot just do this and not focus on the whole child in other communities in the state of Connecticut,” he said. “It will not be fair to other communities just to reach a settlement and not have a larger discussion around [Education Cost Sharing], around policy, around everything.”

Other legislators shared their concerns about the lack of progress in their communities, adding that approving the settlement should not be the last conversation about inequities in Connecticut education.

“I’m disappointed that the interest of the state was not to educate every child but to defend against those plaintiffs,” said Sen. Gary Winfield, D-New Haven. “I’m frustrated because we are, 20-plus years later, and the questions that were existing then still exist today. And when we’re finished with this and can go, ‘Whew! We’re not up under Sheff anymore,’ and you still have extreme racial and ethnic isolation, those questions will still exist.”

Rep. Kathleen McCarty, R-Waterford, a ranking member on the Education Committee, agreed that legislators need to continue to work on long-term plans that prove “quality education for all our students,” but said she supports the Sheff settlement.

“I do think it’s a step in the right direction to try to provide, now in the present where we are, more choice for our students in Hartford,” McCarty said. “That’s not to say that we can’t continue to look at more resources and figuring out what we’re doing exactly with the children that remain in the Hartford schools.”

The legislature has until March 17 to vote on the measure. If they do nothing, it goes into effect.

“This settlement we reached will end more than 30 years of litigation and court oversight, ensuring that in the years ahead, thousands of Hartford students will have increased access to high-quality educational opportunities in diverse environments,” Gov. Ned Lamont said in a statement. “The implementation of this settlement represents a major step forward in growing that opportunity for children in Hartford, and I thank legislators on the Education Committee for recognizing the importance of approving this plan.”

Former Norwalk Mayor Alex Knopp has served as the Sheff Plaintiffs’ Representative to the state Department of Education since 2012.

“This new settlement puts in place for the first time in the case a long-range plan designed to provide a seat in a desegregated and quality school for every Hartford resident student who applies to the Sheff school choice system,” he said in January.

Why does it only apply to Hartford?

“The case was filed in 1988 by residents of Hartford and the surrounding suburban school districts rather than on behalf of the state. I’ve been told that this decision was based on the legal pragmatics of managing such a large case,” Knopp wrote. “But of course, the Connecticut constitution applies to the whole state and there is no reason why a comparable desegregation lawsuit could not be brought elsewhere or no reason why additional magnet schools and Open Choice seats be set up in other regions even without the need to bring a prior lawsuit.”