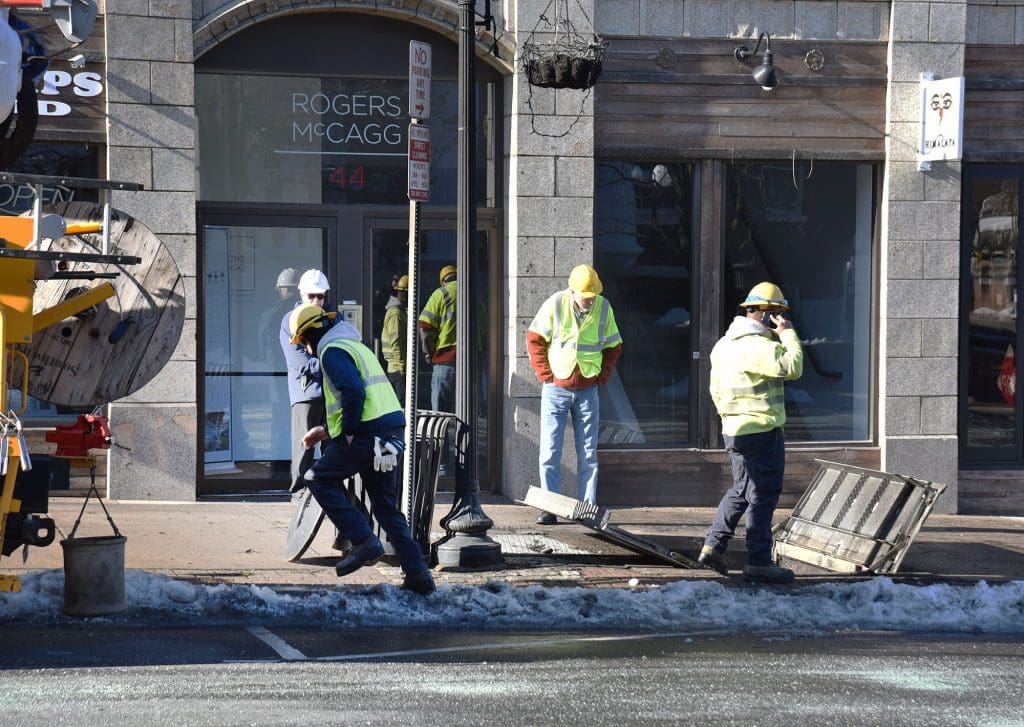 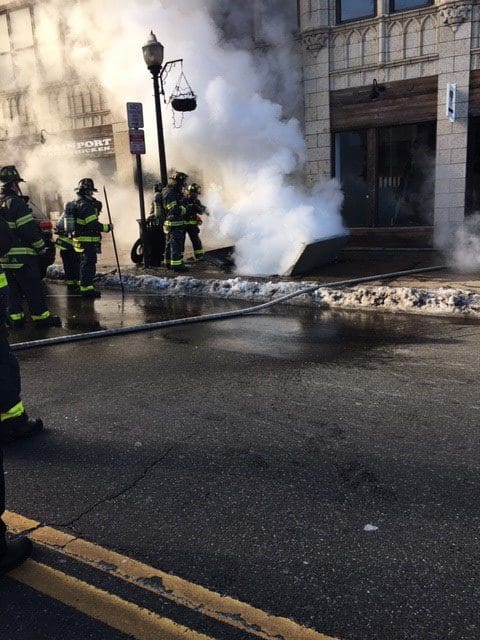 NORWALK, Conn. – An explosion in an underground electrical vault cut off power to at least a five block stretch of North and Sound Main streets in South Norwalk Tuesday morning.

The police dispatcher radioed at the time that Police Headquarters had lost power, and stated witnesses were reporting flames and heavy black smoke in the area.

Sgt. Thomas Fern, who arrived shortly after the explosion, said the blast forced opened the two steel doors that cover the vault beneath the sidewalk, and that flames were shooting out of the opening.

“It would have ruined someone’s day” if a person had been standing there, Fern said.

After confirming power was shut off to the vault, firefighters streamed water into it to extinguish the fire.

The water also spread across North Main St. and quickly froze with the temperature in the mid-20s.

The vault belongs to South Norwalk Electric and Water (SNEW). A company employee at the scene said the explosion was the result of a transformer failure.

Police initially closed North Main St. to traffic between Marshall and Washington streets. The street was reopened shortly before 11 a.m. 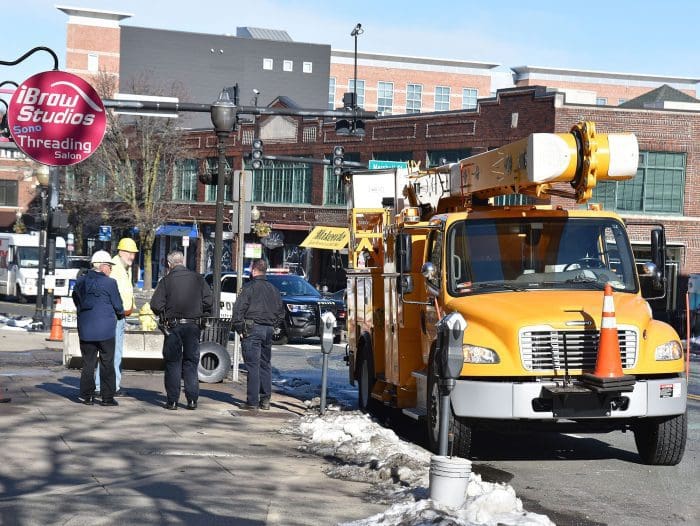 By 11:30 a.m., it appeared power had been restored to most of the area, except for buildings along North Main St. from Marshall to Washington streets. The Department of Public Works reactivated traffic signals using portable generators.

The street contains mostly commercial establishments, including several restaurants and a branch of Bank of America.

Nancy On Norwalk was unable to obtain information from SNEW because no one answered the utility’s main phone number.

A comment left on this story claimed that SNEW had front-loaded a greeting on its voicemail so that a customer calling to report the outage could choose to listen to basic facts about it. When NancyOnNorwalk called at 12:15 p.m. there was no such message. 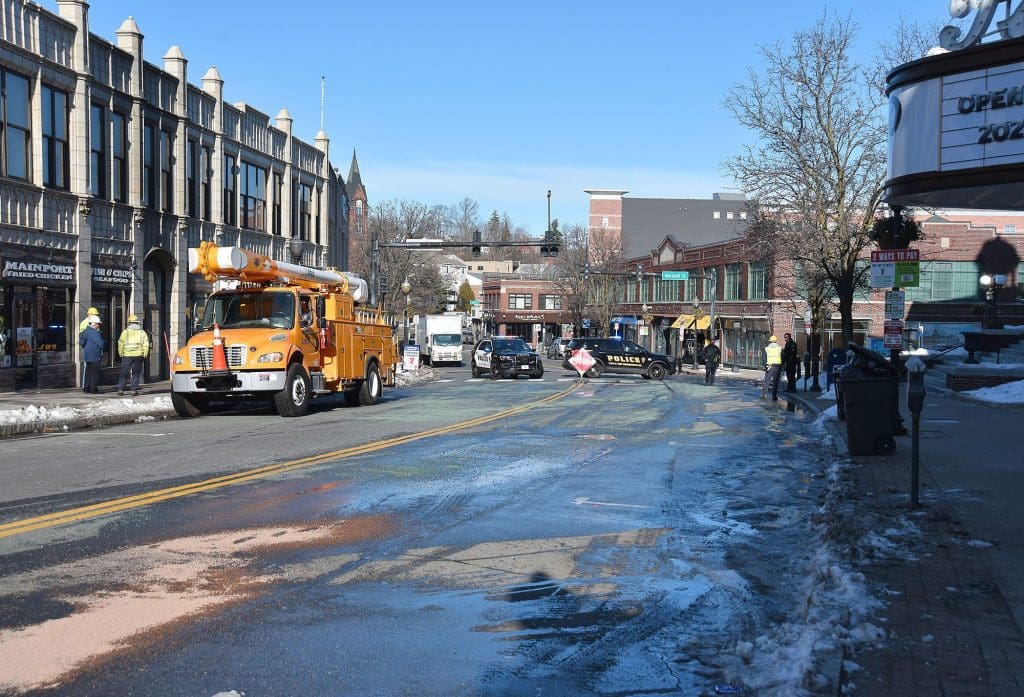 All South Norwalk Electric and Water (SNEW) inbound phone lines are answered 24 hours a day, 7 days a week, each and every day of the year. During this morning’s outage event we received over 50 calls reporting the outage through our main number, (203) 866-3366. Often, like this morning, we front-load a greeting so a customer calling to report a known outage may opt to listen to the greeting giving basic facts about the outage and hang up. Callers calling for a different reason may always wait to speak with a representative. We appreciate our customers and neighbors in Norwalk as well as the patience and support given to us during an emergency outage. Please know that we are always here for you.

Does anyone else see the irony in the name SNEW. South Norwalk ELECTRIC and WATER. Last time I checked those 2 don’t play well. Nothing like an explosion to shine the light on falling infrastructure.