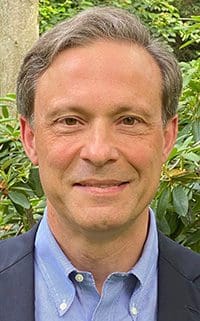 Every vote matters. That is the lesson from the recent Connecticut State House passage of the Police reform bill that limits the Qualified Immunity of Norwalk and New Canaan police officers.

Connecticut House Republicans sponsored an amendment to keep Qualified Immunity intact. It garnered significant Democratic support but failed on a tie vote. My opponent, Lucy Dathan, voted against the amendment. I would have voted Yes. The switch of that one vote would have been enough to pass it. As mentioned, every vote matters.

The sad part of this vote is how unrelated it is to the quality of the Norwalk and New Canaan police forces. Neither Norwalk nor New Canaan are Minneapolis – yet have been treated like they are.

Both Norwalk and New Canaan have earned national accreditation from the Commission on Accreditation for Law Enforcement Agencies (CALEA).  CALEA is an umbrella for several national agencies including the National Organization of Black Law Enforcement Executives. New Canaan has earned this since 1992 while Norwalk has done so since 1995. Norwalk Police Chief Kulhawik is listed on CALEA’s Board of Commissioners.

Both towns’ police forces have made longstanding commitments to positive outreach, volunteering, and constructive community engagement. In Norwalk, a lot of credit goes to former Police Chief, and now Mayor, Harry Rilling.

I hope that either the State Senate or Governor Lamont will restore the original Qualified Immunity, especially since so many of the other police reforms enjoy wide bipartisan support. These include banning the use of chokeholds except when the officer life is in danger, body cameras, dashboard cameras, proper officer identification, mental health assessments, drug testing, the new Inspector General, expanded Freedom of Information access to discipline records, accreditation standards and expanded use of social workers.

Let’s pass a law that everyone can get behind.

Fred Wilms, former Republican State Representative for District 142, is running to reclaim his previous seat. The 142nd district encompasses portions of both Norwalk and New Canaan.

It is an absolute shame that we made our police the villains, we are punishing the 99% of good police officers for the 1% of bad. Imagine a world with no police that would not be good for anyone. I think we need to stop this madness before it is too late and give the 99% of police officers that do a good job the respect they deserve and get rid of and let the legal system handle the 1% of the bad cops. I think policing is one of the most honorable jobs one can have, I respect every good cop that does a good job. As for the police reforms I do not agree with the CT bill that limits the qualified immunity for police officers however maybe it is time to get rid of the strong unions. Thank you all for your service. Respect from Norwalk!!

I’d like to know what Lucy’s rationale for voting against that amendment. Did she get caught up in the emotion of the moment? It certainly doesn’t reflect the feelings of the 142nd district. Not for those who understand it’s ramifications. Very disappointing.

Not to protect them with policies that also protect bad cops.

I’m also utterly baffled why the same self-defense laws that protect you and me are somehow not good enough for cops as well. Either you and I are not adequately protected, or cops are overprotected.

Well said. It is a shame that now even Connecticut Democrats feel the need to pander to a marxist organization that doesn’t even pretend to represent the minority upon which it was based. Targeting good cops (and let’s face it, Norwalk cops are really good, even if a small fraction of the credit goes to the former chief) is the sort of knee jerk political move a smart person should avoid.

Fred Wilms is a truly representative, considerate candidate and is deserving of support and not just a knee jerk association with President Trump. Remember that on election day.

Help me understand Fred’s logic here. The recently passed police reform bill may create liability for police officers who engage in misconduct – like shooting unarmed/innocent civilians. However, because bad cops could be held responsible, some people will see an opening to bring a frivolous lawsuit against good cops who do nothing wrong. And Fred assumes those good cops will become collateral damage. Therefore, we should make sure that there is immunity for good AND bad cops. HUGH????

With that logic we ought to just eliminate liability for all people, we should completely bar lawsuits and we can make sure there are no consequences for people who harm others. I’m sure Fred is also suggesting that for any innocent victim who is paralyzed or permanently injured by the misconduct of another that the State should pay for those medical bills, the state should pay for the lifetime care of that person rather than the person that caused their harm (or that person’s insurance carrier)?

I’m sure glad Lucy is in office.

No mention made of Stamford PD. Or Darien?
Connecticut law enforcement officers are a spoiled bunch, full of as many bad apples as good.
Passs as much oversight legislation as possible to protect the people.
If law enforcement does not like it they can apply for jobs in NYC and actually work for a living.

I always liked Fred Wilms, but this op-Ed is a good reminder why we are lucky that Lucy Dathan now represents the district.

If good cops really care, they should want bad cops held to account.

@dry as a bone

NYC police are no longer doing much of their job

I trip ( literally) in heroin attics shooting Io in the streets. Police walk past

Crime rates are Going crazy. Mugging in the UES, shootings in Brooklyn daily.

policies have consequences. This new Progressive law will only make many cops shy away from doing their jobs as they won’t want the personal litigation and hassel

NYC will be the Petri dish. Wait and see the crud that develops.
.

@Adam, that’s exactly the view of some of my friends at NPD. And who would know better? There’s one cop fighting a frivolous suit that is seven years old. Take away any protection that cops have now, and you’ll see the lawyers beating EMT to accidents and arrest sites.

When asked about this issue recently, Senator Duff said, “while most of the police force conducts themselves in a professional, effective manner, there are a few who don’t”. So, is this akin to a kindergarten discipline lesson? If whoever stole the cookies doesn’t fess up, no one gets any? False logic, and frankly, misguided and dangerous legislation that will put many of us in harms way because of disengagement by police.

The usual method, scare tactics, fails to counter the common sense of this law, the protection it provides, and the meaningful deterrence it delivers on bad policing.

To those of you in support of this legislation I will bet this is rewritten 3 times between now and effective date. The writers of this bill should be disqualified for writing another piece of legislation ever again. For those who voted for it without public discussion, SHAME on them.