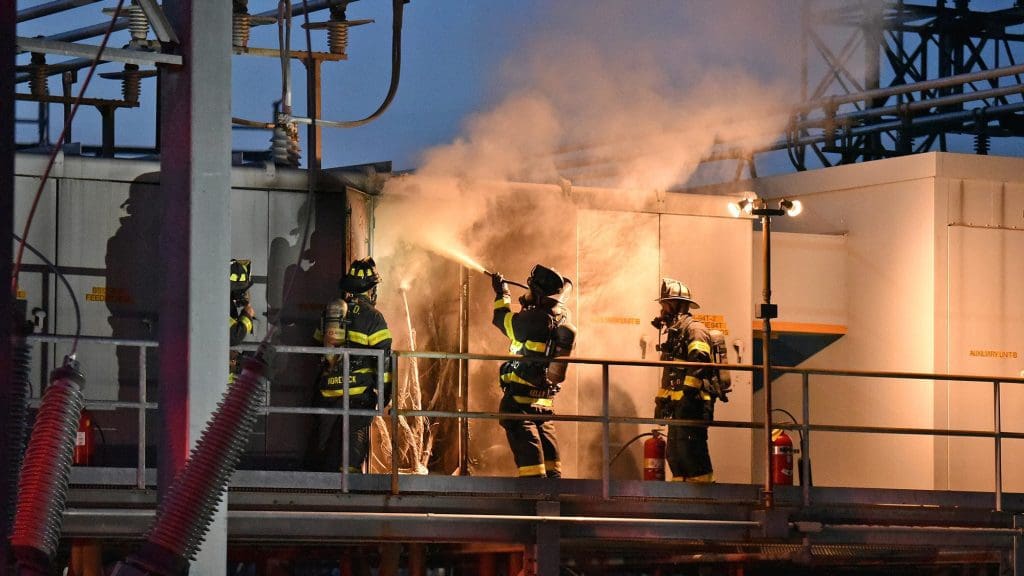 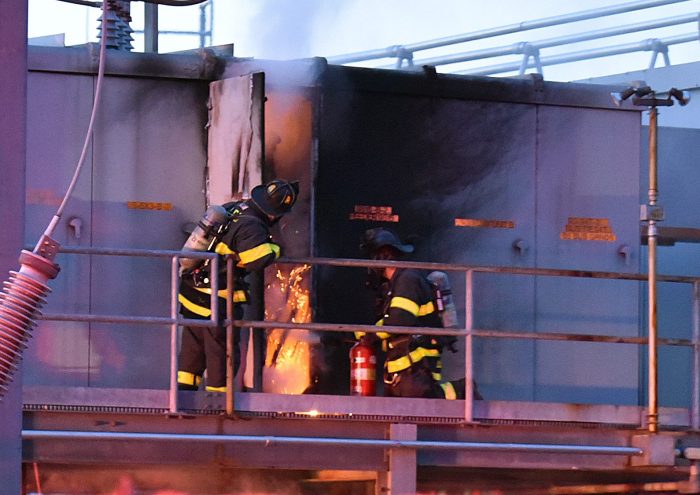 NORWALK – An explosion and fire in switching equipment at Eversource’s sub-station on New Canaan Avenue Monday night caused an extensive blackout in the city.

The Fire Department was notified of the fire at 7:36 p.m., according to Deputy Fire Chief Ed Prescott.

When firefighters arrived, fire and heavy smoke were pouring out of a gray electrical cabinet mounted on an elevated platform. Prescott said the switch gear cabinet controls a 13,800 volt transmission line.

Equipment throughout the sub-station had to be de-energized so firefighters could open the cabinet and flood it with dry chemical extinguishers.

Much of the northwest area of the city was already experiencing power outages before the sub-station incident.

At around 7 p.m., the Eversource outage map showed outages extending from Main Street to Newtown Avenue., and as far west as Cranbury Park.

An Eversource employee at the sub-station said the device which failed – called a switch gear – was overloaded.

Power in the area immediately around the sub-station was restored shortly before 8:40 p.m.

There were no injuries to company personnel or firefighters as result of the incident. 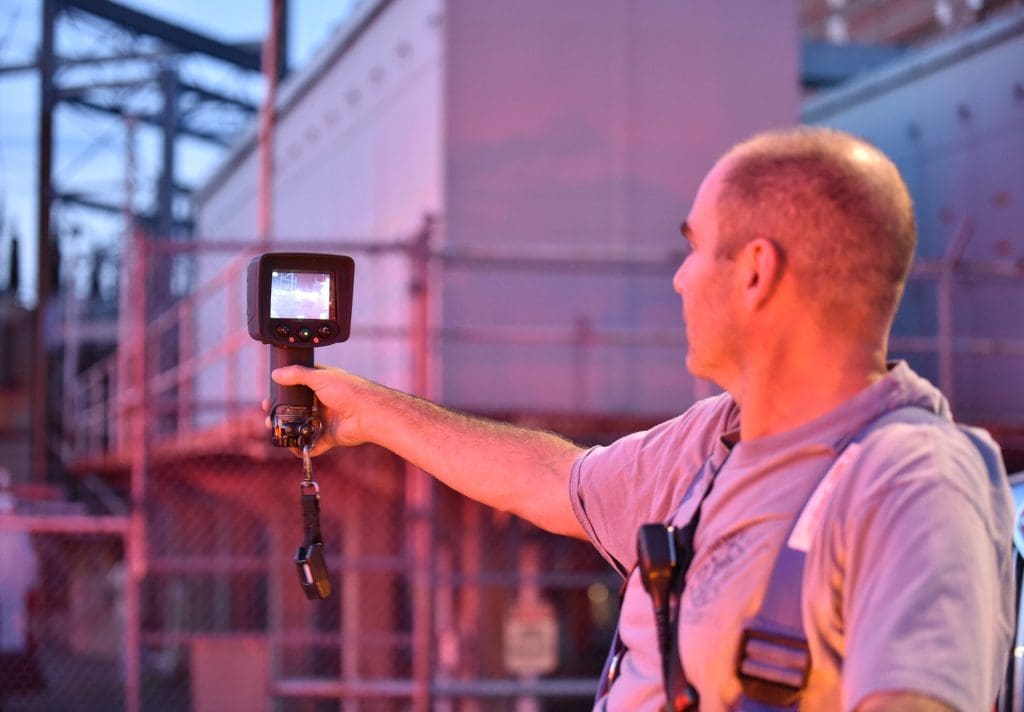 A Norwalk firefighter uses a thermal imaging device on the electrical cabinet at the New Canaan Avenue substation. (Harold F.Cobin)

Major damage to switching equipment likely will cause outage to last several hours.

The first complaints on social media were at about 7:45 p.m.; power started to be restored shortly before 8:40 p.m. and at 9:45 p.m., Eversource reported 4,317 of its customers, or 13.6 percent, still waiting for the lights and the air conditioning to come back on. Just 15 minutes later, Eversource lowered that number to 3,969.

This story will be updated. 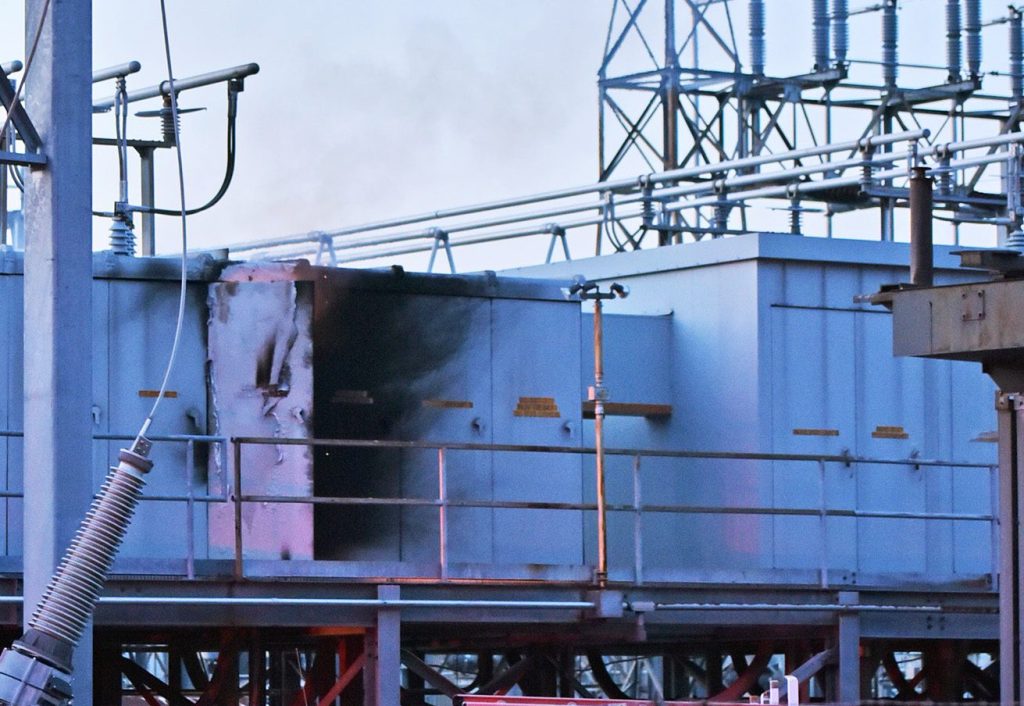 The electrical cabinet at the New Canaan Avenue substation before Norwalk firefighters made their entry. (Harold F.Cobin) 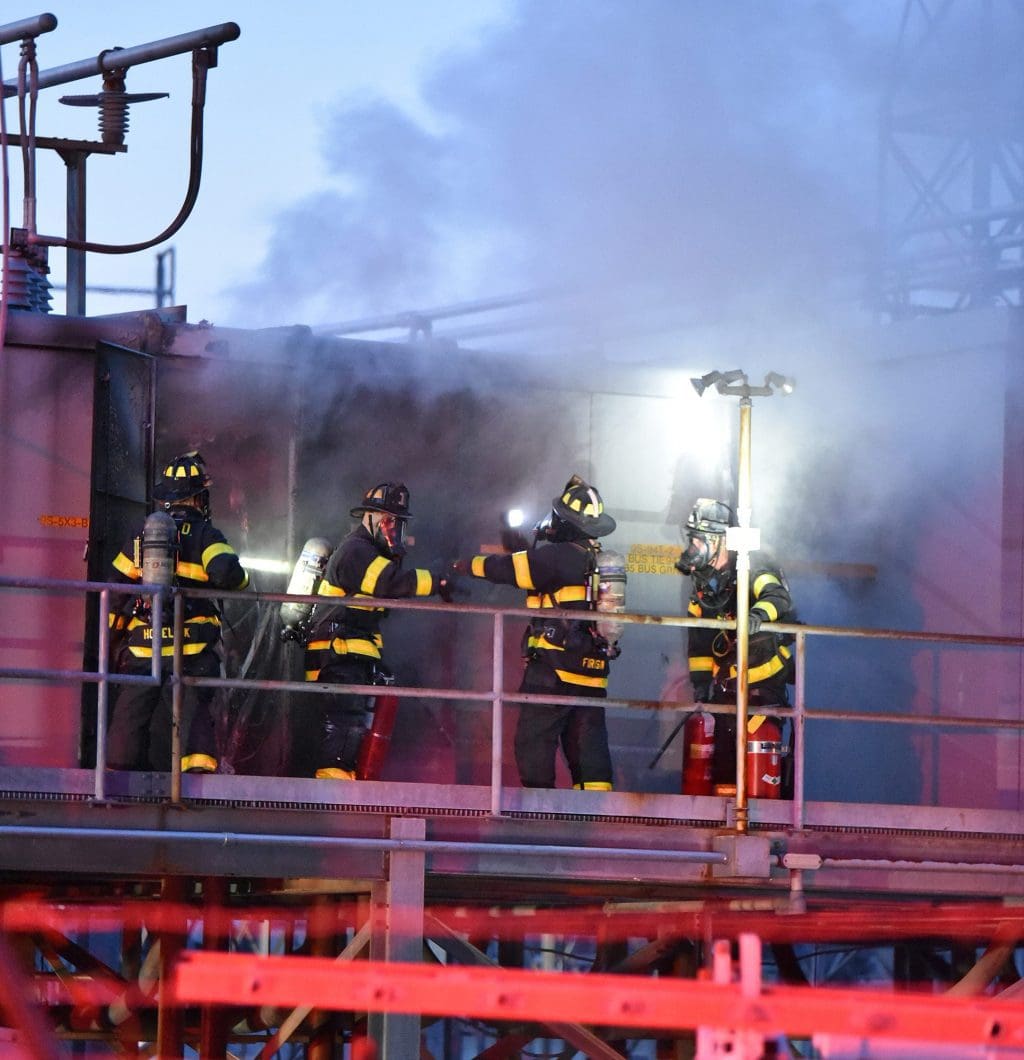 Norwalk firefighters use a thermal imaging device on the electrical cabinet at the New Canaan Avenue substation. (Harold F.Cobin)

Bad month for Eversource…
We still haven’t heard from Norwalk’s elected rep on Energy Committee. At least I haven’t seen him quoted..What’s that all about? Am I the only resident that finds that bizarre?