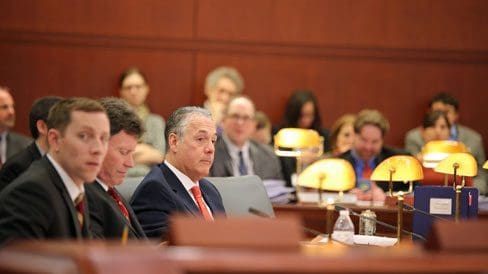 HARTFORD, Conn. – The legislature’s Finance, Revenue, and Bonding Committee approved—by a 30-21 party line vote—a tax package that increases revenues by about $10 million above Wednesday’s Appropriations Committee spending plan. That means the 2017 budget is still in the hole by nearly $360 million.

Rep. Jeffrey Berger, D-Waterbury, who co-chairs the committee, echoed remarks made Wednesday by the Appropriations Committee co-chairs, explaining they based their numbers on the January revenue estimates Gov. Dannel P. Malloy used to build his budget.

Since that time revenues have plummeted and created an estimated $930 million budget deficit, according to Neil Ayers, director of the Office of Fiscal Analysis.

Time for the legislature to stop being owned by the state employee unions, which are part of the fiscal and economic problem and never part of the solution. Cut expenses. Go where the money is — and the snowballing unfunded liabilities. It’s time.