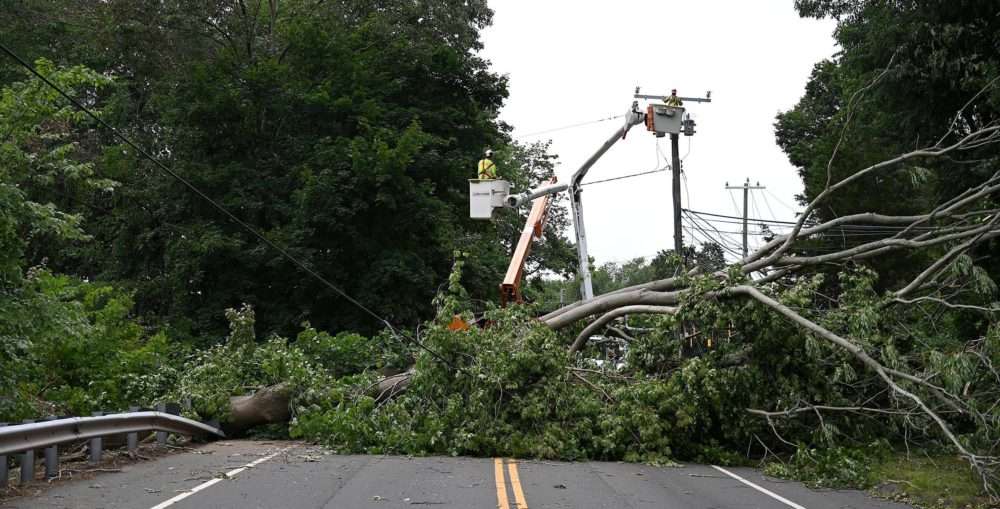 Eversource and United Illuminating failed to fully prepare for and respond to Tropical Storm Isaias last year, according to State utility regulators who reduced the companies’ ability to recoup costs.

The decision adopted unanimously Monday by the Public Utilities Regulatory Authority also could lead to the imposition of civil penalties. PURA chairwoman Marissa P. Gillett said the Authority will move immediately into the next phase of its proceedings and that action could happen as soon as next week.

And while the Authority did not announce specific financial data, the utilities — which can challenge this ruling in Superior Court — stand to lose millions of dollars.

“We stand by our response in Storm Isaias as we know our thousands of employees showed skill and dedication in restoring power to customers as quickly as possible,” Eversource spokeswoman Tricia T. Modifica said afterward. “There are many areas for improvement that we are already addressing, and we continue to work in good faith with our communities, customers and regulators to improve our performance. Today’s decision deserves careful consideration and review, and we are committed to moving forward in the best interest of our customers.”

“We are disappointed that the ruling does not fully reflect the facts we presented during the proceeding, and that it imposes a penalty despite PURA’s finding that UI ‘generally met the standards of acceptable performance and conducted itself prudently and efficiently,’” UI wrote in a statement. “We are mindful of the deficiencies cited by PURA, and are well aware of the difficulties that extended outages cause for our customers. However, we believe the facts clearly support that UI faithfully followed its Emergency Response Plan, and met the overall targets therein.”

Wednesday’s decision quickly earned praise from State officials and from the Connecticut AARP.

“PURA announced today what we have known since Tropical Storm Isaias hit our state last summer — Eversource and UI were not adequately prepared to serve their ratepayers to keep the lights and air conditioning on during a significant storm.,” Gov. Ned Lamont said. “Accountability is critical for all ratepayers across our state and that is what is happening now.”

“Eversource failed and must regain our trust,” said Attorney General William Tong. “Their failed response to Isaias put lives in danger and left families in the dark and disconnected during a deadly pandemic. PURA’s strong decision correctly concludes that Eversource was ill-prepared and poorly managed throughout the storm crisis. PURA has rightly opened the door to strong penalties and corrective action, and we will continue to advocate for full accountability at every step of this process.”“Connecticut ratepayers already pay the highest rates in the continental United States, and as the long-term effects of the COVID-19 pandemic continue, it’s unfair to add to their burden,” said John Erlingheuser, advocacy director for the Connecticut AARP. “PURA’s ruling today imposes a reduction in a return on equity for both companies that will result in savings for ratepayers.”

The Aug. 4 storm affected more than 1.1 million customers, leaving some without power — amid a coronavirus pandemic and hot summer temperatures — for up to nine days.

The eight-month-long investigation considered more than 500 written public comments, including 46 sets of statements from public officials, with the overwhelming majority centered on monetary losses from spoiled refrigerator items and fuel for back-up generators.

Complaints also centered on customers and government officials being unable to reach Eversource — and to a lesser extent, UI — to report outages and downed wires or to get restoration updates.

They concluded the utility failed to adequately manage its municipal liaison program, execute all safety protocols, communicate critical information to customers or secure adequate resources to restore power in a timely fashion.

Eversource countered in a report last September that its response to the second-most destructive storm of the past decade was both swift — especially given challenges posed by the coronavirus pandemic — and within the parameters of the emergency response plan on file with state regulators.

And while it conceded in that report that communications during and immediately following Isaias were flawed, the company was swamped with customer outreach that doubled its previous worst caseload.

Wednesday’s decision by the Authority will require Eversource to reduce its allowed rate of return on equity — a measure of profitability relative to assets and liabilities —  for transmission costs by 0.9 percentage points.

Regulators wrote in their decision that UI’s preparation for and response to the tropical storm “was markedly better than that of Eversource. The Authority ultimately concluded that UI generally met the standards of acceptable performance” but failed to fully meet customers’ “reasonable expectations for managing a major storm event.”

UI must reduce its return by 0.1 percentage points. The Authority concluded the Fairfield County-based utility failed to meet standards on “certain emergency response actions,” and that both UI and Eversource failed to notify authority of accidents that occurred during the power restoration process.

Gillett noted that Eversource and UI reported $327 million  and $101 million in income in 2020, respectively.

Neither utility has filed claims yet to recover costs from the 2020 storm. But those typically can come several years after a major event.

And in soon to be unreported news, PURA will authorize rate increases to offset the penalties incurred for acts of God.