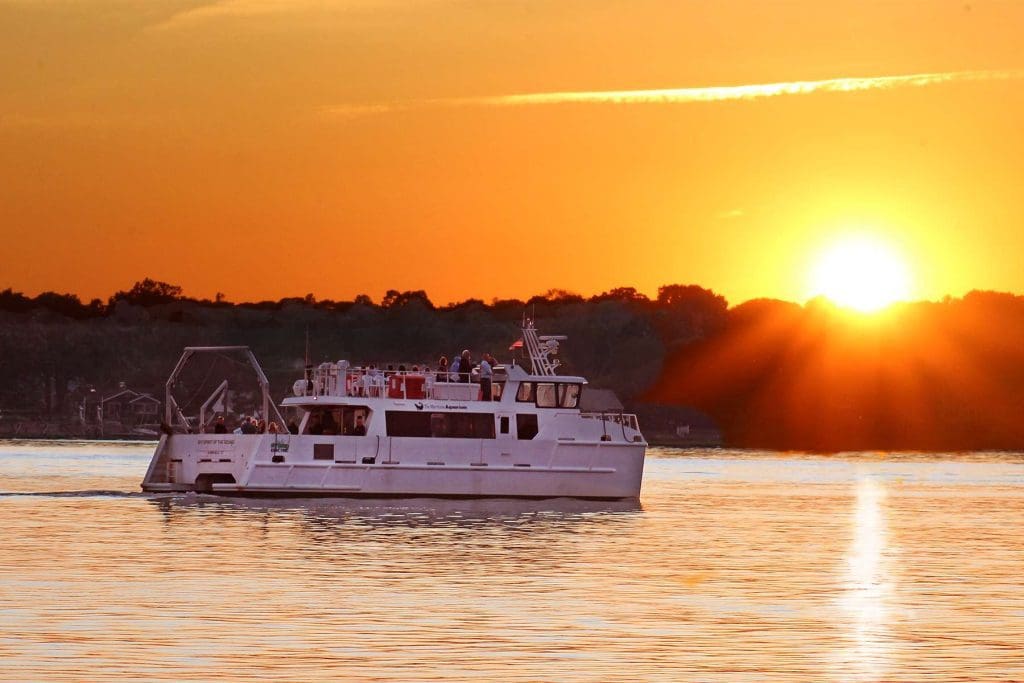 A sunset cruise on a Maritime Aquarium research vessel. (Contributed)

Norwalk’s annual gala fireworks display is planned for the evening of Sunday July 3 at Calf Pasture Beach, according to a news release from the Norwalk Police Department (NPD) stating Calf Pasture’s rules:

Violators risk fines and/or ejection from the beach.

Uniformed NPD officers will patrol the beach, as will Emergency Services Unit personnel.

Area streets will be congested.  NPD exhorts motorists to “use extreme caution due to the high volume of pedestrian traffic in and around Beach Road,” and to “be patient and courteous, as our officers will do their best to clear the traffic as quickly as possible.” 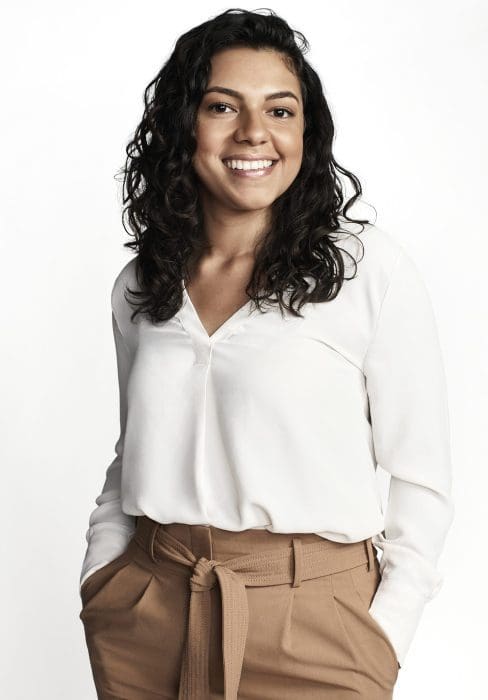 You might not know how to create a news feature that immediately captures an audience’s attention, but here’s an oft-published Norwalker who excels at that task in both English and Spanish.  Busy journalist/producer Camila Vallejo has been named inaugural writer-in-residence at the Fairfield County Story Lab, enabling her to move her base of operations from a closet in her home to the Story Lab’s spacious Saugatuck digs.

“I am looking forward to joining a writer’s community that supports productivity and truly understands the needs of a writer,” Vallejo said in a news release. “It’ll be a great co-working space to continue expanding my housing coverage in Fairfield County for Connecticut Public while connecting with others interested in newsgathering.”

During her six-month Story Lab residency, Vallejo will host two events for students and recent graduates interested in a career in journalism or media.  She said, “As part of a larger community, I hope to be available not only to other members, but any emerging journalists curious about the life of a young reporter.”

“Camila is dedicated not only to telling stories of underrepresented communities, she is committed to bringing diverse voices to the American media landscape,” said Story Lab co-founder Carol Dannhauser, a veteran journalist. “It is our privilege to welcome her to the Lab.  For a host of reasons, many media companies have trimmed their newsrooms and all but eliminated their bureaus. This means that young reporters, especially, can’t experience the alchemy that happens in a newsroom, where people bounce ideas off of each other and offer suggestions when stories hit a dead-end.” 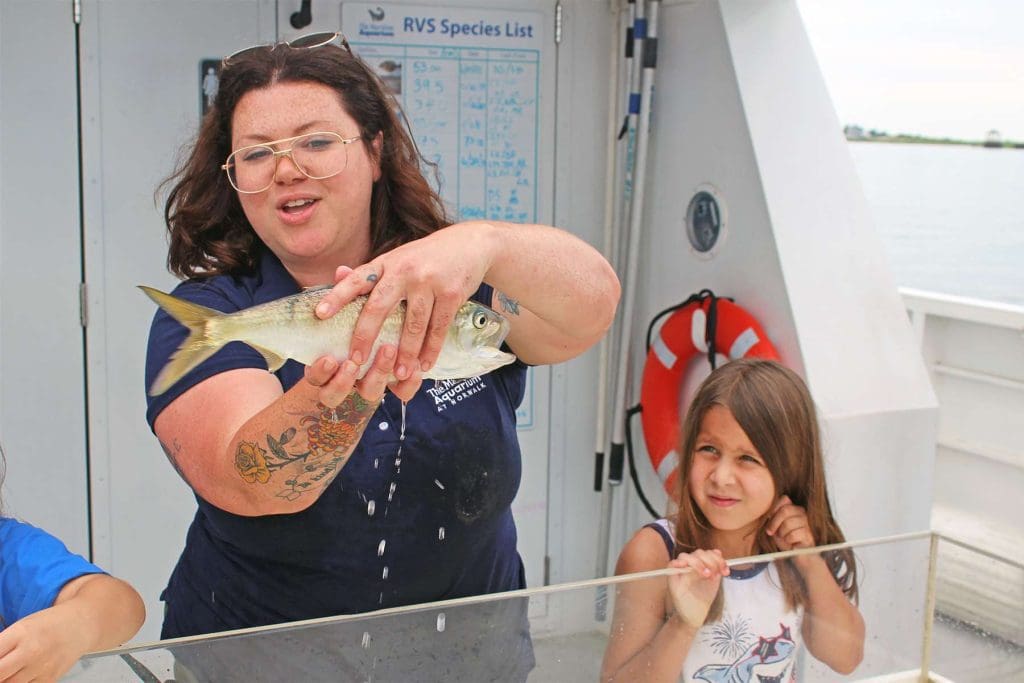 Educator Hollie Brandstatter talks about the adaptations of a menhaden brought up out of Long Island Sound during a recent Marine Life Encounter Cruise of The Maritime Aquarium at Norwalk. (Contributed)

This summer’s schedule of public cruises aboard the Maritime Aquarium at Norwalk’s 64-foot research vessel R/V Spirit of the Sound™ is now in effect according to a news release.

The cruises leave from the dock at North Water and Washington Streets. Parking is at 4 North Water St.  Passengers must be at least 42” tall, and those under age 18 must be accompanied by an adult.

The boat’s cabin is climate-controlled, but passengers are advised to dress for on-deck weather.