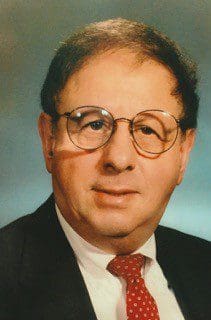 NORWALK, Conn. — There are people who go above and beyond what’s required, and James Forcellina was one of them, Joe Maddafari said.

“A 14-year dialysis patient, Jim earned the love and respect of the nurses and technicians at both the Norwalk and New Port Richey Davita Clinics. There he also became the unofficial therapist and education counselor for some of the employees,” his obituary states.
Forcellina led BMHS for 19 years, from 1979 to 1997. He co-founded the Center for Global Studies (with William Jassey), “the mission of which was to not just educate, but to break down cultural and racial barriers by bringing students from around Fairfield County to interact with the diverse student body at BMHS,” the obituary states.

“He knew it would attract kids from the wealthier white communities and give the opportunity for them to interact with a more diverse student body at Brian McMahon, and break down any of their preconceived notions about what Brian McMahon and Norwalk was about,” said his daughter, Alyse Forcellina.

He was “progressive,” meaning “forward thinking,” and in the 80s fought for sex education at the school, she said. “He was the kind of guy that if he thought it was the right thing to do, he just wouldn’t take no for an answer and figure out a way to get it.”

“He did so much for the at-risk communities back in those days, the Latinos and Black kids and really did a lot of work to help with English as a second language and create opportunities for those kids, really supported the sports programs,” she said. “Because they knew the after-school programs were key for helping kids grow and learn but also keeping them busy after school.”

Forcellina initiated the BMHS Parents’ Club and the Alumni Association, made cheerleading a varsity sport, brought the Navy ROTC to BMHS (the first one in Connecticut), and remained a supporter of the band, traveling with them on a bus to New Orleans when they played in the Mardi Gras parade, his obituary states. “The display cases in the lobby honoring Senator James O’Brien McMahon was another of Jim’s ideas.”

Forcellina continued in education after his retirement, including as interim Principal of both Fox Run and Nathan Hale, and as the Hearings Officer for the City of Norwalk, it states.

“Many will also remember Jim playing Chef at the Pancake Breakfast,” it states. “Perhaps most memorable to the Norwalk school administrators, Jim was never shy in writing his signature memos to advocate for important matters, such as securing a renovation of the auditorium (which would eventually bear his name) and celebrating the success of the BMHS staff and student body.”

Forcellina was born and raised in Norwalk, graduating from Norwalk High school in 1949.

“He was a hot rod,” his daughter said. “He was poor growing up. He got inspired to be a teacher, and he never looked back. He touched so many people’s lives.”

“His first job was shoveling manure at the age of 12, and he also worked several jobs in his early teaching career, one of which was selling luggage at Bloomingdales,” the obituary states. “…He attended the University of Connecticut, where he earned his Bachelor’s and Master’s Degrees, and then served in the US Army Signal Corps from 1953-55. Upon discharge, he returned immediately to Norwalk where he joined the staff at Benjamin Franklin Junior High School.”

This led to him meeting Linda Susan Brown, an English teacher; they married in 1963 and celebrated their 58th wedding anniversary in August.

“In 1966, Jim was promoted to Assistant Principal of Ponus Ridge Middle School, and two years later joined BMHS as a Housemaster,” the obit states. “… He estimated that approximately 19,000 students graduated under his tenure as {BMHS} Principal, including his daughter, son, and two nephews.”

“He cared about people,” Maddafari said. “He made people believe in themselves, which made them better educators, and to service the kids of Norwalk so they had a chance to reach the potential. He was a special individual that believed in Norwalk and believed in the Norwalk Board of Education process and believed in everything the city stood for. And he, he helped teachers, he helped young teachers develop.”

Maddafari said, “He was way ahead of the game.”

“There will be no calling hours, because Jim requested a celebration of his life, not a mourning of his death,” the obituary states. “In lieu of flowers, please consider making a donation to the James Forcellina Scholarship Fund, The Alumni Association, at BMHS, 300 Highland Avenue, Norwalk, CT 06854.”

Thank you, Dr. Forcellina. We shall always remember you as the kind and sympathetic Brien McMahon principal who was responsible for ensuring our son received a first-rate education. Myška and Paul