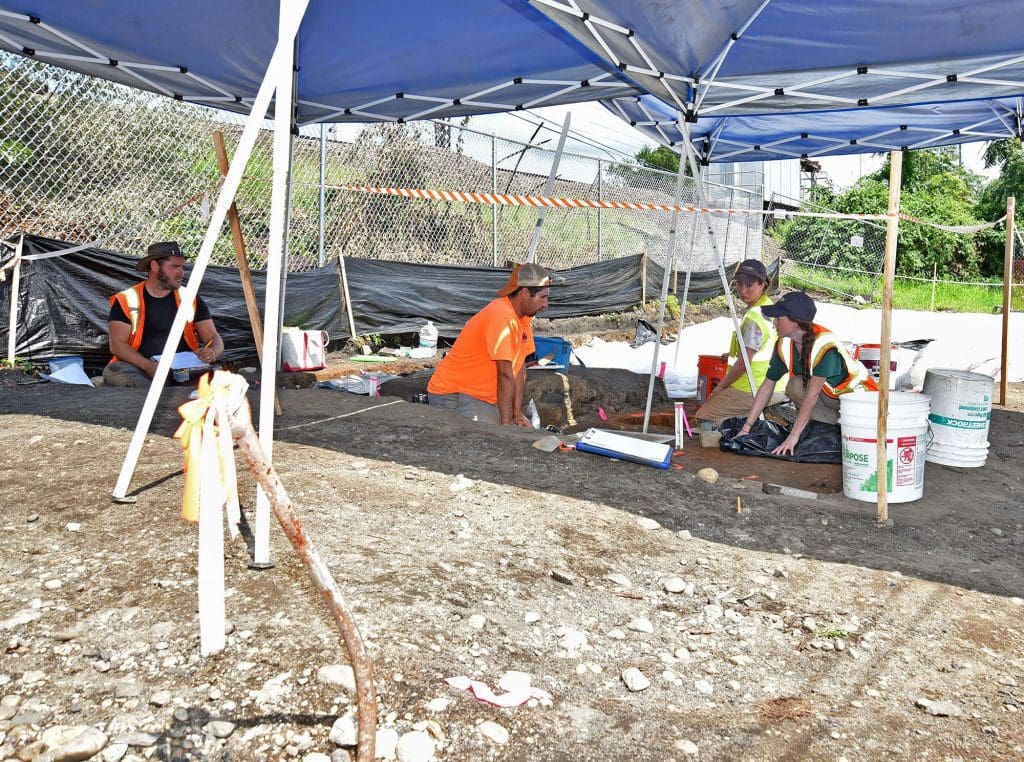 NORWALK, Conn. – Three years ago, archaeologists found evidence of a Native American fort adjacent to the railroad tracks in East Norwalk, as part of work being done for the Walk Bridge Program.

Now the State is behaving as if it wants to suppress knowledge of the fort, said David Westmoreland, who as then-Norwalk Historical Commission Chairman helped guide the Connecticut Department of Transportation to excavate the site.

ConnDOT is “hiding under this false interpretation” of the process outlined in the National Historic Preservation Act of 1966 (Section 106), excluding Norwalk leaders and the State Historic Preservation Office while including Native American tribes, he said Tuesday to the Norwalk Historical Commission.

“That’s totally contrary to the letter and intent of this law,” Norwalk Preservation Trust President Tod Bryant said. “It is designed to be a consultative process which includes everybody, including the general public, in making all these decisions … which they just haven’t done.”

The site’s discovery was announced in August 2018, though officials held back the exact location.

A 1690s deed used the fort as a property boundary and 19th century maps reference the fort.  “We wanted to see if any of it could be left given the amount of heavy development that has happened in this area,” Sarah Sportman, a senior archaeologist with Archaeological and Historical Services, said at the time.

Then-ConnDOT archaeologist Mandy Ranslow said the archaeological investigation was mandated by federal law, and all of the artifacts found on the site would be removed before Walk Bridge construction starts.

“Upon completion of the Walk Bridge project, the site will be accessible from the Norwalk River Valley Trail, and will be marked with interpretive signs detailing what has been learned about the Fort, how it was used, and the people that lived there,” Westmoreland said in an opinion piece published weeks later on NancyOnNorwalk. “Additionally, the City’s Historical Commission and Historical Society are working closely with the state to plan future state-of-the-art exhibits about this archeological site and display the artifacts found, along with the interesting stories they tell.”

On Nov. 17, Westmoreland said, “I put my reputation on the line, I wrote an op ed defending the state, saying ‘yes, we would get access to the artifacts at the end of all’ … And if that’s not going to be true, then I am going to go tell the people of Norwalk that they lied to us. And ‘here’s where the fort site is, have fun.’”

“I was very disturbed about this memo” because the panels detailing the archaeological site have been eliminated, he said. While he’d been told in June that the plans would be wrapped up in December, “they’re basically not committing to anything, and they’re making moves that looks like they want to suppress the discovery.”

Not likely to work, because “you can’t hide the site, no matter what we all say,” Westmoreland continued. “If you don’t mark it, respect it, and interpret it, it’s going to get looted and desecrated and that’s what I’m worried about.”

Cuzzone said the State stopped work on the site so they could try to determine which Native American tribes were likely to have been involved.

“They’re not really sure, then it’s getting bigger: ‘How did these Native Americans deal with the Dutch and everybody else?’ So we have they haven’t even gotten to washing and documenting the artifacts that they took out of the site,” Cuzzone said.

Westmoreland said archaeologists did return the following spring “without telling us,” and, “they said they finished.”

Everyone knows where it is, Westmoreland said. “I mean, 180 trains a day went by the site, they’d look out the window.” 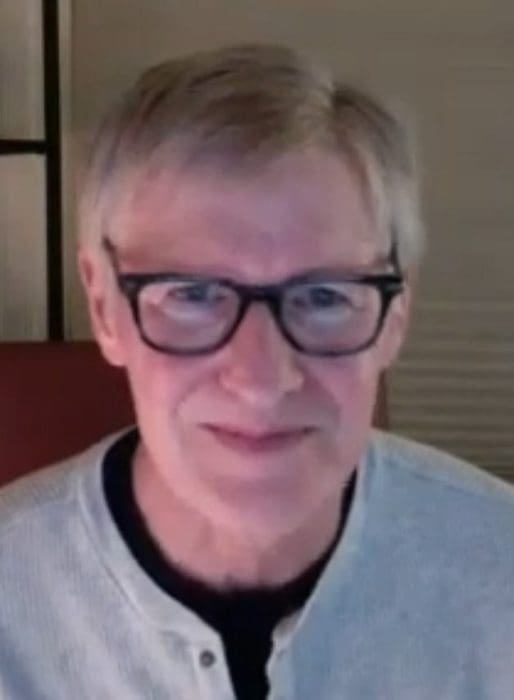 On Tuesday, Westmoreland said, “They found some highly sensitive cultural artifacts and they should have shared that information with us three years ago as a consulting partner in this project under the Section 106.”

Bryant quoted Labadia as being “annoyed” because ConnDOT had ignored instructions she gave three years ago. Section 106 has a provision for not releasing the location of something that’s important to the tribes but that’s supposed to be done in consultation with all of the consulting parties, Bryant said.

“The way they’ve treated us, just the lack of information, and then come to find out three years later, all this stuff has been going on that they didn’t disclose to us and made all these decisions. You know, I’m still outraged,” Westmoreland said.

“Cathy believes it’s one person from one tribe, that always objects to everything,” he said. “… They have similar situations in the area. I think Tod mentioned one in Milford. I know there’s one in Avon, and they’re already doing public classes and, you know, lectures and things about it. And, you know, that’s where we should be.” 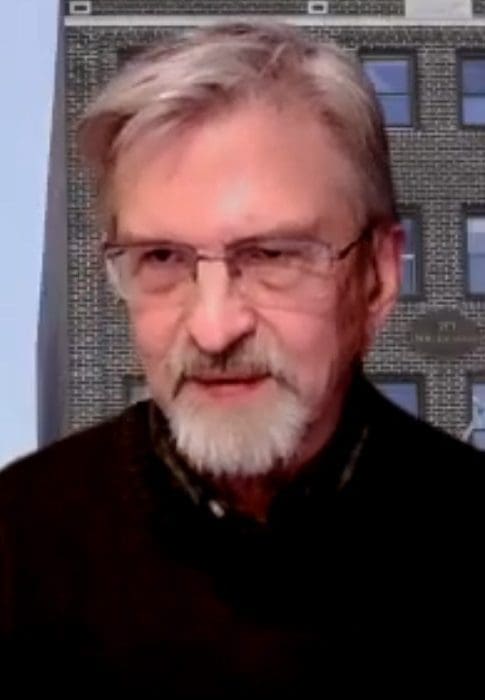 Bryant said, “She’s even suspicious that there was any tribe involved, much less what this one guy that she mentioned. And because, she says, it goes completely counter to what in her experience other tribes, coastal tribes, have been trying to do, which is, this is a golden moment to try to get their history out there and to get it well known.”

More than 20,000 artifacts were uncovered in the archaeological dig and the Historical Society’s new exhibit has a section on indigenous peoples, including “a box for artifacts which we don’t have from fort site,” Westmoreland said.

“I did try over the summer to get, you know, images of some of the artifacts since we couldn’t get the real things yet,” he said. “And you know, they were really horrible nasty to us about doing anything. And Bob Duff’s office was involved and really got nothing from them. So this whole thing has been ridiculous.”

The Commission could ask the City to stop cooperating with the Walk Bridge project, Westmoreland said. “We can escalate this, you know, in various different ways. I don’t think it needs to get to that, but I’ve had conversations with the Mayor, he’s very concerned about this. He believes very strongly, these artifacts belong in Norwalk and should come back to us.”

The Commission voted unanimously to send a letter to ConnDOT and the Federal Transit Administration, detailing the ways Section 106 hasn’t been followed.

Westmoreland said that in his experience, “Their normal modus operandi is, ‘We’re the DOT, get out of our way. And we’re just going to do what we want.’ So I think this is a situation where they’re used to doing that. But in this situation, they have to work with us, we’re consulting party, they’re not following process. I think we have to, you know, kind of pull their chain.”

We are the DOT, we get our way because they are criminals and protected by Municipalities as organized crime.

Good for David Westmoreland — Let us know what we can do to help.

This is some bs. This can be really significant for the indigenous people of not only Norwalk but Connecticut. It must be treated with the respect it deserves.

Thank you for publishing this story NoN. I have huge gratitude for the role the Norwalk Historical Commission is playing in advocating for Norwalk’s historical record to be preserved and honored, under legally-mandated processes in this matter. Maybe there should be a letter-writing/chain pulling strategy party via Zoom, with more information shared?

Wow.
This story perfect example of why we need NancyOnNorwalk to shine a light in things in Norwalk.

So here comes the part where I politely urge (beg?) everyone to support our year-end fundraising campaign. Please give what you can.

Thank you David and thank you Nancy. Bob Duff, can you help???

So who in Norwalk’s Administration will do what?

I am so sorry that Nancy reported on this in such a negative manner without know ing the whole story. Yes, you can talk about Section 106 which deals with historic properties. What we are dealing with is th 1990 Federal Law, NAGPR, Native American Graves Protection and Repatriation Act. This law describes the rights of Native American lineal lines of decent and the disposition of cultural objects. This needed to be resolved with dignity and respect of thr Tribal Nations.

It was just Indigenous People month and that would have been a fantastic opportunity to let Norwalk residents know this historical past. Thank you to the Norwalk Historical Society. Communication is key, no matter what folks think about the way N on N presented this information, it’s still information most of us never would know about otherwise so please let us know if the stakeholders need to show support and if so, how.