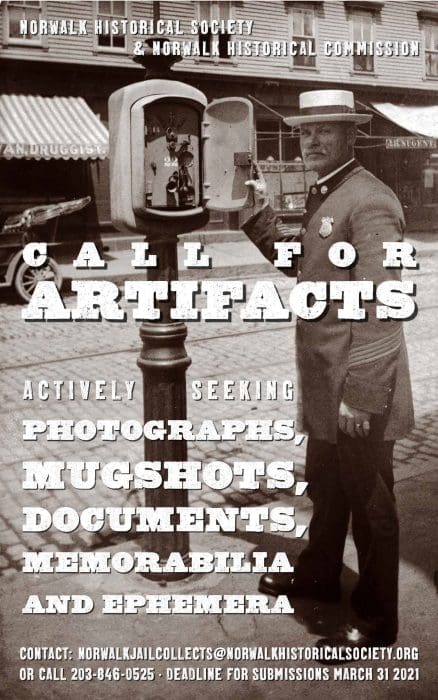 The Norwalk Historical Society and Norwalk Historical Commission calls on the community for historic objects and artifact donations to be featured in the forthcoming permanent exhibit in the Smith Street Jail entitled “Miserable vagrants, petty thieves and scamps: a history of crime in Norwalk.” (Scott Kuykendall)

Free indoor COVID-19 testing is now available at Norwalk Community Health Center (NCHC)’s newly-opened Smilow Life Center, 55 Chestnut St. in South Norwalk, according to a press release.  Hours are 8 a.m.-12 p.m Monday thru Friday.  An appointment is mandatory, and can be made at (203) 851 1065.  Results are said to be returned in 3 to 5 days.  You don’t need insurance, a doctor’s order or symptoms. 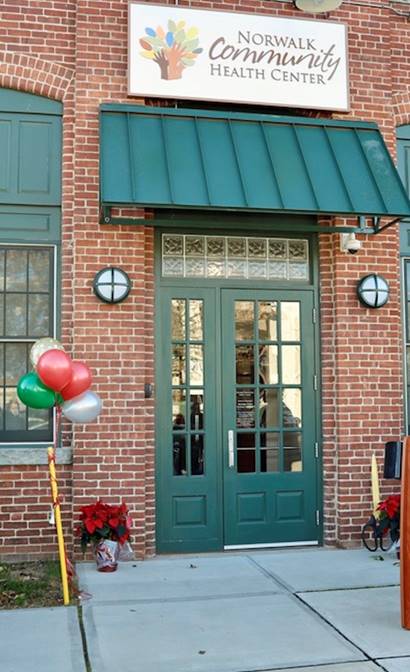 Strict social distancing, mask-wearing and sanitizing/disinfecting protocols are in effect at the Center.  Walk-ins without an appointment will not be seen.

NCHC offers comprehensive adult and pediatric care regardless of the ability to pay at either its new SoNo location, its long-established 120 Connecticut Avenue facility (203 899 1770), or its medical mobile unit.  Serving Norwalk since 1999, NCHC claims 13,000 patients annually across the U.S.  Their website is www.norwalkchc.org

Practical stuff you need to know

This is the City’s year-end schedule, according to a press release:

A current disposal permit is needed, and can be printed at https://nwlk.norwalkct.org/passes/

Christmas tree collection for Norwalk residents who get City garbage pickup will occur during the weeks of  Jan. 4 and  Jan. 11.  Put the tree out for pickup by 6 a.m. on either the 4th or the 11th.  The truck will only pass through once during each week.

Historic artifacts relating to crime, punishment, and the police are sought by the Norwalk Historical Society and Norwalk Historical Commission for a forthcoming permanent exhibit at the Smith Street Jail entitled “Miserable vagrants, petty thieves and scamps: a history of crime in Norwalk,” according to a press release.  All manner of photos, mugshots, news clippings and general memorabilia are requested, even though the exhibit’s title and outreach campaign avoid any mention of more heinous crimes such as shootings, stabbings, armed robberies, rapes, extortion, gang activity and disgraced public officials.

The exhibit will focus on pre-1940 Norwalk, but materials from other locations and time frames will be considered.  The submission form is at https://norwalkhistoricalsociety.org/preservation/call-for-artifacts-for-smith-street-jail-exhibit/, and each donated item requires a separate form.  Questions can be directed to [email protected] or by calling (203) 846-0525.

The Maritime Aquarium at Norwalk elected four new trustees and a new board chair at its Dec. 16 meeting.

Bloom, a lifelong Norwalker has overseen the growth of Copps Island Oysters into one of the east coast’s largest oyster farms, currently boasting 75 employees.

Chicago native Curtis is the longtime pastor of Norwalk’s Grace Baptist Church.  He is chaplain to the Norwalk Fire Department, chairman of the Advisory Board of Directors for Norwalk ACTS, board member of the Urban League of Southern CT., and a past president of the NAACP Norwalk Branch.

Peterkin, a former private wealth manager, has spearheaded the Carver Foundation’s expansion to a citywide network of before and after school programs for more than 2,300 K-12 students.

Mayor Harry Rilling said the new trustees “are local leaders with unique experience that I know will serve The Maritime Aquarium well,”

Fowler welcomed the new trustees: “This has been an extraordinarily difficult year for the Aquarium.  In addition to the pandemic, which has devastated cultural institutions throughout the state, the Aquarium needed to take care of the 7,000 animals in its collections, keeping staff on salary and maintaining life-support systems. Even before the pandemic, the Walk Bridge Project threatened the future of the Aquarium. But thanks to the support of the city, state, staff, volunteers and many, many donors, we have made it this far. We have grown our education programs to be national in scope, and we are on the verge of opening the new 4D theater and a new home for our seals. With the new trustees joining the Board this year, we are poised to reach even greater heights than we imagined.”