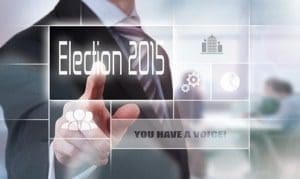 NORWALK, Conn. – The mandatory recount results are in from Wednesday’s Democratic Districts A and B primary election, and none of the results changed, according to Registrar of Voters Stuart Wells. 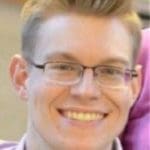 Also, as expected and indicated here in a story last week, Republican District B Board of Education candidate Harold Bonnet has withdrawn from the race, meaning primary winner Erik Anderson will replace fellow Democrat Migdalia Rivas on the BoE in November. The Repubican Party plans to back, but not endorse, Anderson as well. Republican mayor candidate Kelly Straniti issued a statement to that effect Monday evening:

“I’m happy to stand with the Norwalk Republican Party in support of Democrat Erik Anderson for District B’s Board of Education seat,” she said. “I believe in people over politics and think Erik is going to be a great addition to the board and will bring a lot to the table, including energy and passion for our city and our children.”

“In my estimation the BoE is the one board above all others that should not be political,” Republican Town Committee Chairman Pete Torrano said. “If he is a good candidate, will work for the children while watching out for the taxpayers at the same time,” he is worthy of everyone’s support.

There was no change in any of the precincts in District A. Some of the ballots were hand-counted, but in each case the results of the new tabulator count plus the hand count was the same as the tabulator count on election night.

In District B, a couple of additional votes were found on hand-counted ballots, but they were split between the candidates (one to Mimi Burgess, one to Mary Mann, and two to Sandra Stokes, so there was no change in the results.

This story will be updated