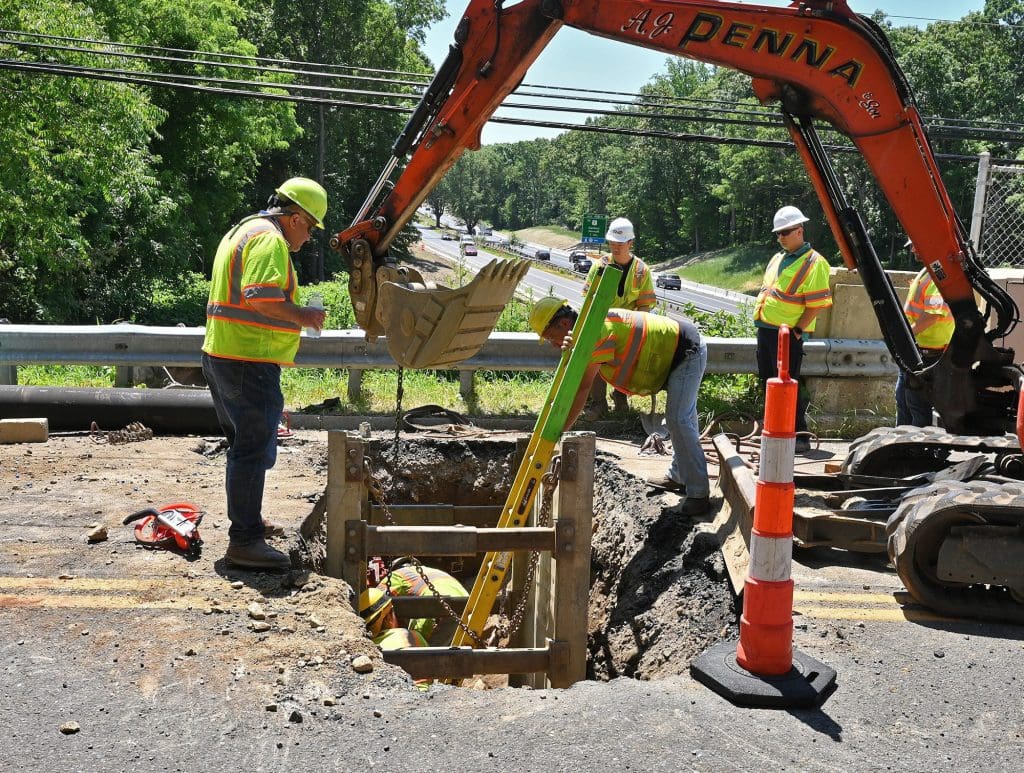 Workers excavated Grumman Avenue just south of the bridge to attach a bypass valve onto the water main that runs beneath the bridge’s surface. 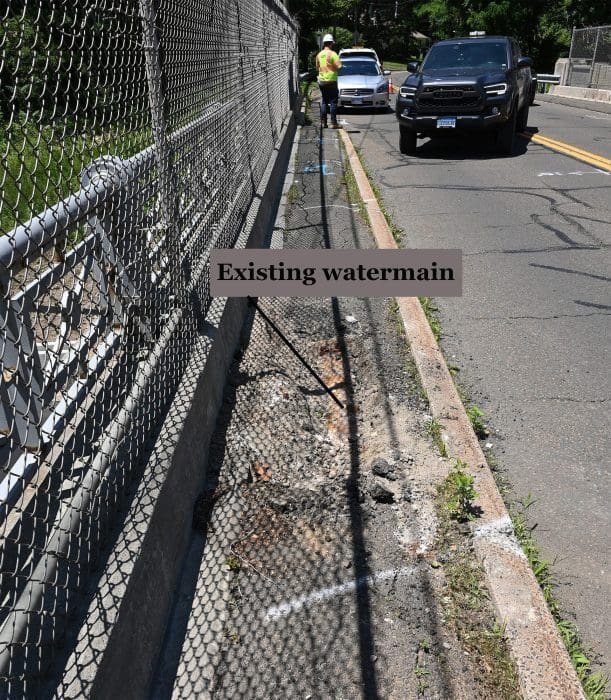 Supervisors at the site said another bypass valve will be installed on the opposite side of the bridge, which will allow the existing main to be replaced by larger diameter pipe.

Workers said they found the existing main lies just inches beneath the paved shoulder of the roadway, although it should be at least three feet beneath the surface.

The new main will be installed during reconstruction of the bridge’s structure, which is scheduled to begin shortly.

Temporary traffic lights have been installed on the approaches to the bridge so that it can be reduced to one lane during construction.

Reconstruction of the Grumman Avenue bridge is part of an ongoing project to renovate the Merritt Parkway between exits 40 and 41. The nearly $33.7 million project is scheduled to be completed in December. 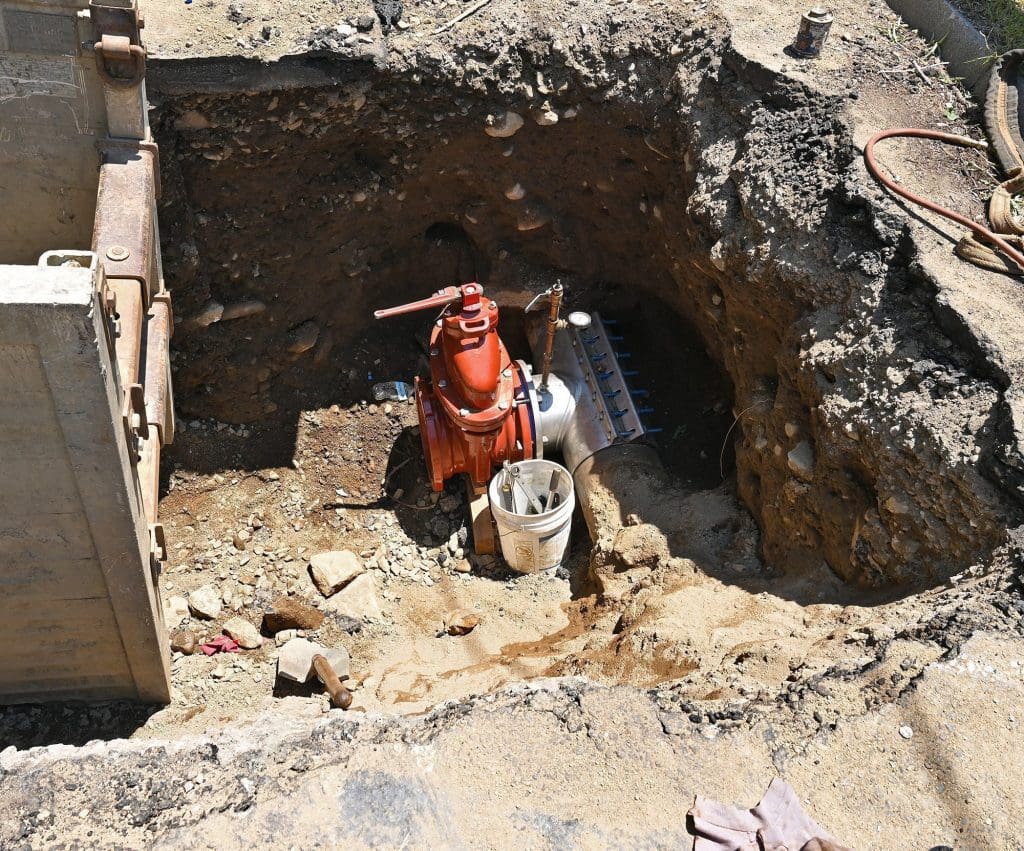 A valve at the Grumman Avenue overpass. (Harold F. Cobin) 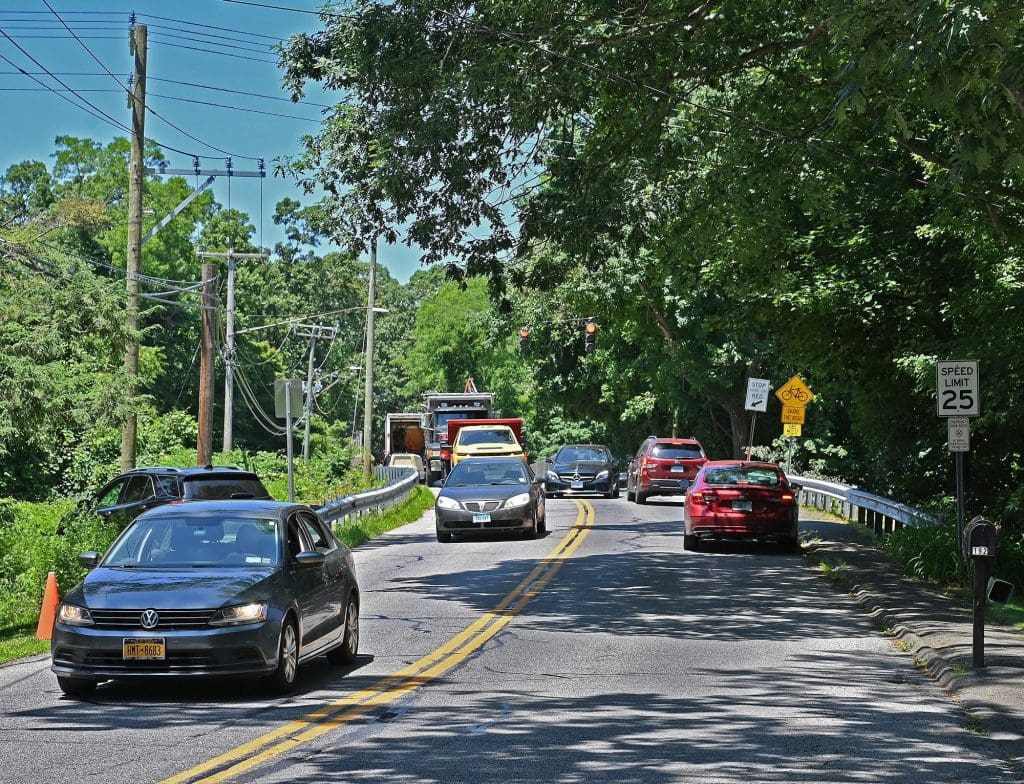 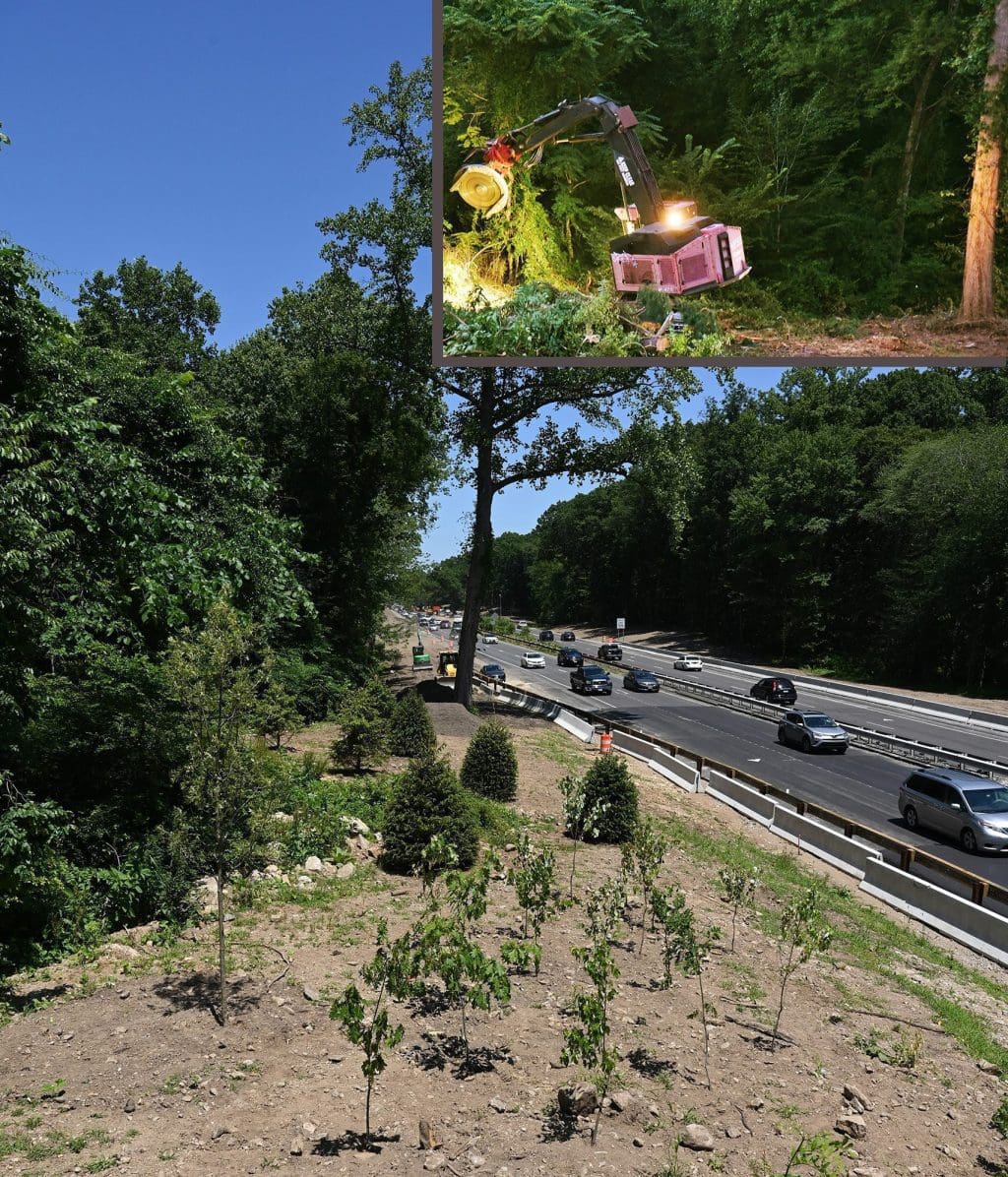 Inset at upper right: An excavator clears the shoulder of the Merritt Parkway just east of the Grumman Avenue bridge Aug. 2. Main photo: Workers landscaping the same area last week. That portion of the parkway also has new guardrails and has been repaved in a project scheduled to complete in December. (Harold F. Cobin)