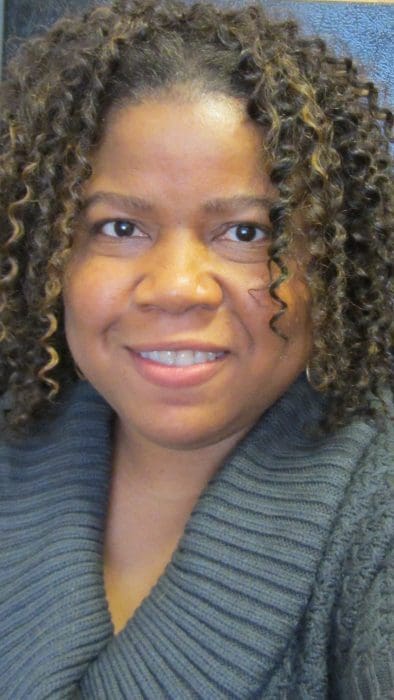 “Sherelle knows the Library system and the staff and has a special connection to our residents. She is a leader, role model, and community advocate, and I know she is going to do wonderfully in this position,” Mayor Harry Rilling said in a press release.

Harris, a Board of Education member, served as the Assistant Director from 2010 to October, when she was named interim director after Norwalk Public Library Director Christine Bradley took early retirement.

With this promotion, Harris has become the first Black person to serve as Director of the Norwalk Library System, the press release noted. The Black Caucus of the American Library Association offered its congratulations.

“What a triumphant day,” Shauntee Burns-Simpson, President, is quoted as saying. Harris, a “seasoned professional,” has “broken the barrier” and, “We know she will address Norwalk’s community needs and wants.”

“Harris has worked with the Norwalk Library system since 1997, having served as Manager of Children’s Services and then Assistant Director. Under her leadership, a STEM after-school program and Girls Who Code program were introduced at the Library. She was instrumental in overseeing renovations to the Library Community Room and Teen Room in recent years. Harris received the Delta Sigma Theta Sorority, Inc. Dorothy Height ‘Living with a Purpose’ Award in 2017 and the Calvary Baptist Church Community Service Award in 2019. She is a member of the American Library Association, Black Caucus of the American Library Association, and Connecticut Library Association.

“Over the course of the COVID-19 pandemic, Harris has been a key stakeholder and partner, thinking outside the box to deliver library services through creative means, such as new Sidewalk Service and providing hand-selected book recommendations to residents. Over the last year, demand for library services increased significantly, with more than 12,000 new library cards requested in Norwalk.”

An October press release said Harris started out as a part-time young adult librarian and was promoted one year later to full time manager of children’s services at the South Norwalk Branch Library. She was later presented with a national award for library advocacy and was also involved with the renovation and expansion of the South Norwalk Branch Library from 2004 to 2006.

“This was a competitive process and Sherelle stood out from a crowded field. She has the experience, expertise, collaborative attitude and deep understanding of Norwalk that will help her be successful. Under her leadership, I know the Norwalk Public Library is in good hands and will keep moving in the right direction,” Rilling is quoted as saying.

“I understand the community and I will never lose sight that the Norwalk Public Library is here to serve all,” Harris is quoted as saying. “I hope to bring new programs and innovative classes that will appeal to all ages and interests. My dedication and enthusiasm for the Norwalk Public Library and the community we serve is boundless. I am humbled by this promotion and the support that has been given to me. I am looking forward to the opportunity to continue serving Norwalk on another level.”

“Sherelle Harris is an excellent selection as Director of the Norwalk Public Library system. She brings a wealth of knowledge and experience to the position, and she will be an asset to the City of Norwalk. I look forward to working with her,” said Connecticut Black Caucus of the American Library Association President Robert Kinney.

The Norwalk Public Library Board of Directors is appointed by Rilling, the First Taxing District, and the Second Taxing District, the press release points out.  The Board creates rules and regulations for the library, develops a budget, and guides the Library’s strategic plan.

Members of the Board interviewed candidates before recommending several finalists to Rilling, it says.

“The Norwalk Library is extremely fortunate to have Sherelle Harris as our new Director because she combines in a unique manner a close connection to Norwalk’s diverse community of library customers with a decade-long managerial experience in operating the SoNo Branch Library,” Norwalk Public Library Board of Trustees Chairman Alex Knopp is quoted as saying. “The Library Board strongly supports promoting a new Director from within the ranks of the current library staff. We look forward to continuing our excellent working relationship with Sherelle and commend Mayor Rilling for his selection.”

A great woman for the position. I worked with Sherelle when I was on the Library Board and specifically on the addition/renovation of the South Norwalk Branch. Congratulations!

Fantastic…. great news. she is excellent and will do a great job!

Bravo Sherelle,your community minded spirit is just the what the library systems needs. Best wishes to you

Congratulations Sherelle. Wishing you all the best.

I love the Library. Wish it was open just like city hall. The curbside service is great but not like browsing the shelves for a surprise. When is city hall open? 2026?

Congratulations to Sherelle and the entire city of Norwalk!

Sherelle has proven that she is the exact right person to be the Director of the Norwalk Public Library System. She brings programs, library services and books for every sector, nationality and age to Norwalk’s public libraries.

And she does it all with a smile.

Congratulations again as it is well deserved.

Congratulations Sherelle!! You are perfect for the position. Thank you for all that you do for the community. We love and appreciate you. Blessings❤️

Congratulations, has always worked hard to meet the needs for her community and looked for ways to make the library a place to go to when you need information she made sure that what you may have been looking for you could find, she would help you find or she would get it, and made the library a place you could enjoy and learn. I also like seeing how she employed her staff, true reflexion of the community, again Congratulations you worked hard and long and your work spoke for you. Happy for you.

So very well deserved. Norwalk should be proud. Onward and upward.

Congratulations Norwalk, great choice!
Sherelle is one of the most knowledgeable persons that I know. Her commitment to this community and making it a more just and equitable place for our children is refreshing.
May God continue to bless and keep her as she moves into her new role. So proud of her for this accomplishment.

Congratulations Sherelle. Yes you deserve it. Dedication, loyalty, caring, passion and one and on. I remember coming to the library back in 2006, looking for African story books for my children, not only you helped me find some, but you also ordered more to encourage us to keep coming back. You made library visits so fun for my girls, that they were always looking forward to that trip every Saturday. Once again Congratulations.

Congratulations!! You deserve it all!! ❤️❤️🌹🌹

Congratulations Sherelle !!!
Well deserved. Right Choice. Norwalk Proud. This is one of those moments where as a community we can say Thank you. Through the highs and the lows you remained true to your purpose. Your commitment to leading kept you moving forward. You are an example of what it means to “Be your best!” This is a beautiful moment in Norwalk History. “A Lovely Day”

Congratulations, Ms. Harris! You’ve already contributed so much toward making our library system a gem. I know you will continue to serve the Norwalk community with distinction in your new role!

Congratulations Sherelle! Looking forward to more of your thoughtful, inclusive and inspiring programming!

Awesome choice and congratulations to Sherelle. I can’t think of a better choice for the position to serve our community. As history is being made, we look forward to all the great things and innovative ideas that she will bring to our library community. We celebrate you, as this is a win all the way around.

Congratulations Sherelle! First, thank you for your service thus far to our community, so looking forward to your future plans. You have truly earned this promotion/position. Sending God’s grace, peace and good will on this new position and life journey… Well deserved and many blessings.

Wonderful news! Sherelle’s the best and we are so fortunate she will lead our our library system!

This is another great achievement to add to list of great things that you continue to do and pursue! A pursuit of greatness not just for yourself, but for the entire community within the City of Norwalk. Continued blessings and success with all of your endeavors!

A public library is the heart and soul of a democracy, and the vibrant thread that lights up and unites a community. Thank you, Sherelle, and congratulations, for your constant service, expertise, enthusiasm, and devotion to the Norwalk community! Be well,thrive, and electrify the threads that bind us!

Congratulations Sherelle! You always worked behind the scenes not wanting the spotlight but your light continued to shine bright for all to see. Well deserved for all you have done and will do for Norwalk. Keep Norwalk moving forward!

Congratulations Sherelle! Best wishes for continued success!
Sherelle has made significant contributions to the City of Norwalk, with the implementation of many community learning and reading initiatives in the SONO Branch Library. Volunteering with the STEM program provided me with close-up visibility to many of the great contributions that she has made.

Congratulations Sherelle! Your unwavering dedication and love for the community you have served over the years has not gone unnoticed and has been rightfully rewarded. You have made history in Norwalk. Looking forward to all of the good things to come from your vision and leadership as Library Director.

Congratulations Sherelle! The Norwalk Public Library is fortunate to have a wonderful director who hears the people and knows what people need.