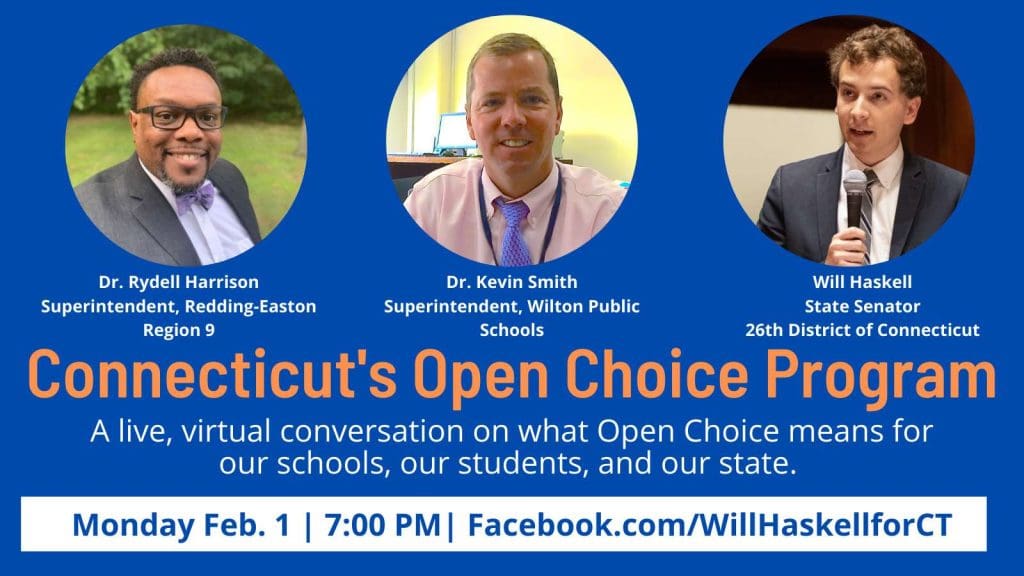 State Sen. Will Haskell (D-26) is holding an event to explain a bill he has proposed along with State Senate Majority Leader Bob Duff (D-25) and State Sen. Julie Kushner (D-24).

NORWALK, Conn. — Two online events that might interest you: 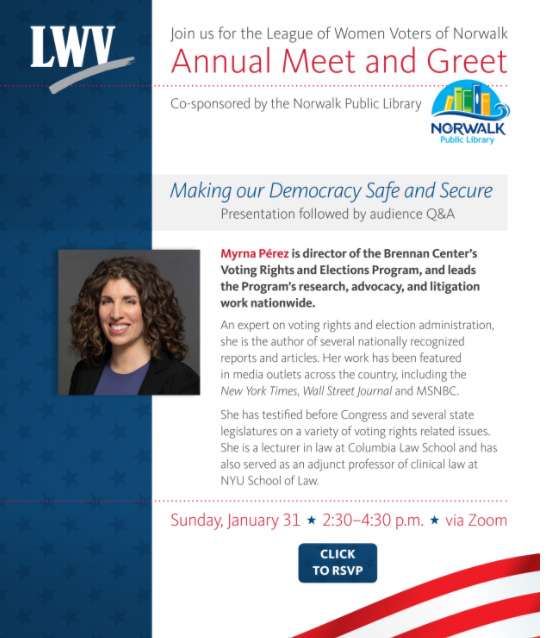 A League of Women Voters of Norwalk flier.

Myrna Pérez, director of the Brennan Center’s Voting Rights and Elections Program, will star at the League of Women Voters of Norwalk annual meet and greet, to be held at 2:30 p.m. Sunday, Jan. 31, on Zoom.

“Making our Democracy Safe and Secure” is the theme of Pérez’ presentation, which will be followed by a question-and-answer session. The event is cosponsored by the Norwalk Public Library and is scheduled to go two hours.

You can register here.

State Sen. Will Haskell (D-26) is “hosting a live, virtual conversation this Monday to dig into the details of Open Choice,” a program that “allows suburban school districts with declining enrollment to voluntarily offer seats to students from overcrowded urban districts,” he said.

Duff did not reply to several inquiries this week asking about the program.

I hope he answers.

We asked if the Wilton school was willing to take children with no English; who would be decide if the child had special needs not met from an inner city. In other words, it can cost $60,000 to teach certain kids with a grant of $3,000 to $8,000 that really would not work. Can the City give you who they want once Wilton long-term decides to take 20 students? I guess we no longer have to move to escape certain problems; great.