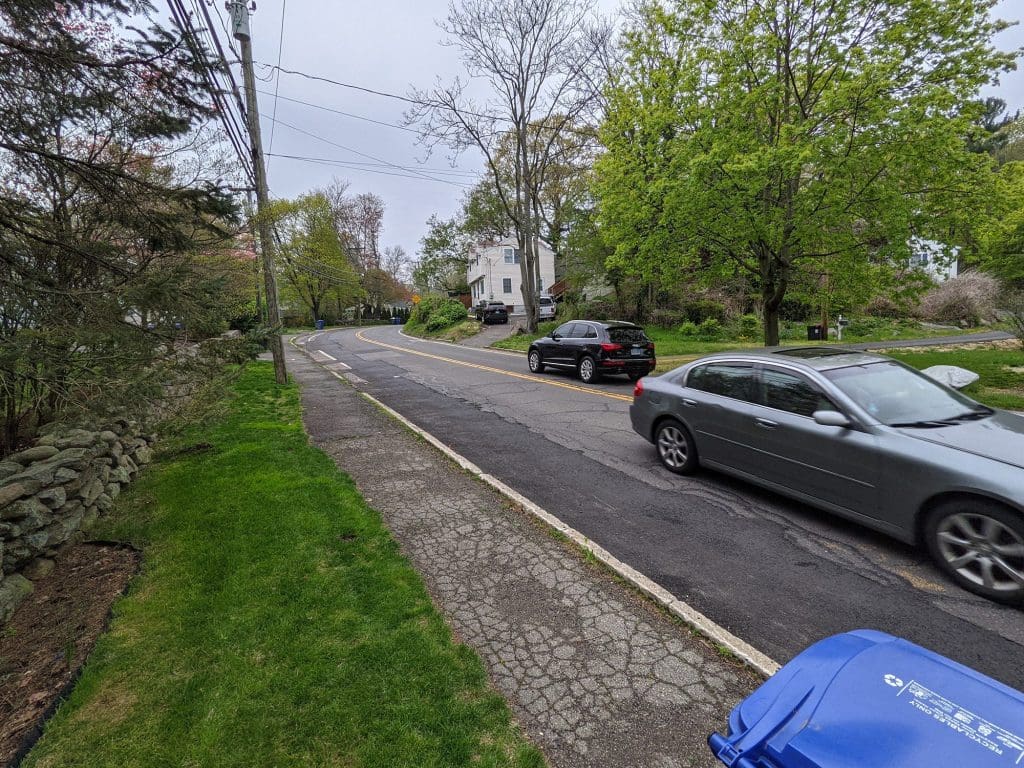 NORWALK, Conn. — Norwalk appears set to get federal funding for repairs to the Five Mile River bridge on West Cedar Street and for pedestrian improvements to West Rocks Road and France Street.

Both are on the “final list of projects” U.S. Rep. Jim Himes (D-Greenwich) will submit for funding through the Transportation and Infrastructure Committee Member-Designated Projects process and Appropriations Committee Community Project Funding (CPF) process, a press release said Thursday.

The latter project may ring a bell: two weeks ago, Norwalk Director of Transportation, Mobility, and Parking (TMP) James Travers said the City had hurriedly put together a grant proposal for CPF funding, a surprise opportunity with a short deadline. The West Rocks/France Street work was the least expensive option presented in the grant request.

“We are ecstatic to have received the grant, and are incredibly thankful for the support from Congressman Himes,” Norwalk Communications Director Josh Morgan said.

The City had ambitiously requested $18.6 million for city-wide pedestrian improvements. The second option was for $4.8 million to fund pedestrian improvements on “Tier I” streets, areas identified in the 2012 Pedestrian & Bikeway Transportation Plan as most in need of an upgrade. West Rocks Road and France Street are Tier I; so is East Avenue, which isn’t getting funding at present.

The historic West Cedar Street bridge over the Five Mile River is just off Norwalk Community College. The Connecticut Department of Transportation will do the work with the City footing 20% of the bill, Norwalk Chief of Operations and Public Works Anthony Robert Carr said at a public hearing in October.

The big problems are the narrowness of the bridge, “better known as functionally obsolete,” and the fact that it was built in 1910, he said.

“At this point, there’s a lot of issues with the bridge, structurally, vertical alignment with it, there’s a lot of different engineering factors that need to be up to date to today’s standards,” Carr said. “So the bridge has reached its useful life. In the interest of protecting public safety and welfare, the city has undertook this federal bridge replacement project.”

Widening the bridge will allow pedestrians and cyclists to pass over the bridge more easily, said Rick Mears, a consultant. In addition, it’s also too narrow underneath for the river to flow through naturally, putting the structure at risk of being undermined.

While it’s 23 feet wide now, the goal is to have two 11-foot travel lanes for cars, a 3-foot shoulder on either side and a 5-foot sidewalk, he said. Plus, design it so it retains some of its historic charm.

Morgan called the nearly $2.9 million grant “a major win for the community.”

The CPF program marks the return of earmarking for local governments and nonprofits after a decade-long ban. It’s now “under strict transparency and ethical guidelines,” the Himes press release said.

“Members were limited to ten Community Project Funding meeting requests each,” it said. “Every member submitting projects was also required to include a letter with each request stating that they do not have a financial interest in the project and publicly disclose their requests, among other requirements. In order to be eligible for Community Funding Projects, applicants had to be either state, local or tribal governments or non-profit organizations.”

The West Rocks/France Street corridor “largely lacks an adequate and accessible sidewalk. The limited sections of sidewalk that do exist were requirements of recent developments and the City does not have the resources to create a safe connected network throughout the remainder of the corridor,” the City’s grant application states.

Yet, it’s a highly residential neighborhood with four schools and three places of worship, with eight Norwalk transit stops that are difficult to access, it states. People drive at “higher than average” speeds and there have been 118 traffic incidents in the past five years.

Still, Norwalk didn’t get the $18.6 million it asked for, nor the second best $4.8 million to address all of its Tier I corridors.

Now that the City has a “robust grant application in hand, and we are well-positioned to quickly respond to additional funding opportunities in the future as they become available,” Morgan said.

The Congressman’s requests still need to get through the Appropriations Committee, “but we are confident and hopeful it’ll be approved,” Morgan said.

“We received more than 50 applications for Community Project Funding this year,” Himes is quoted as saying. “The applicants we selected were based on immediate needs of the community and the impact that the funds could have toward helping these projects reach their goals. There are many worthy projects that still require funding, and I will continue to work with leaders on the federal, state, and local level to identify and secure necessary resources.”

Talk about crumbs. Too bad we couldn’t get the ridiculous designation off of our harbor within his power. Then we could have built a permanent bridge to replace the walk bridge at a fraction of the billion $ boondoggle cost. The saved money could have been used to abate manresa and relocate the tall ships and cement business with money to spare. No, instead we will have 4 years (more like 8) of devastating traffic and disruption in East Norwalk. But you’ll be able to walk safely on France street. Whoo hoo!

It’s too bad East Avenue couldn’t see improvements especially heading up to Newtown Avenue. It’s such a major thoroughfare for all those W-towners getting to the Mall, train, work, or the hospital. We should have taken an old Merritt Parkway toll booth and set it up just south of Partrick. $1 to pass.

These are not new projects. Hal Alvord started them.

ELL should be a much needed infrastructure project .We had a path of refugees Himes and Duff welcomed with open arms announcing we are a sanctuary city. They then failed to provide much needed additional resources to our schools to support them. Now the path is a highway of refugees and still no additional funding from Jim and Bob.