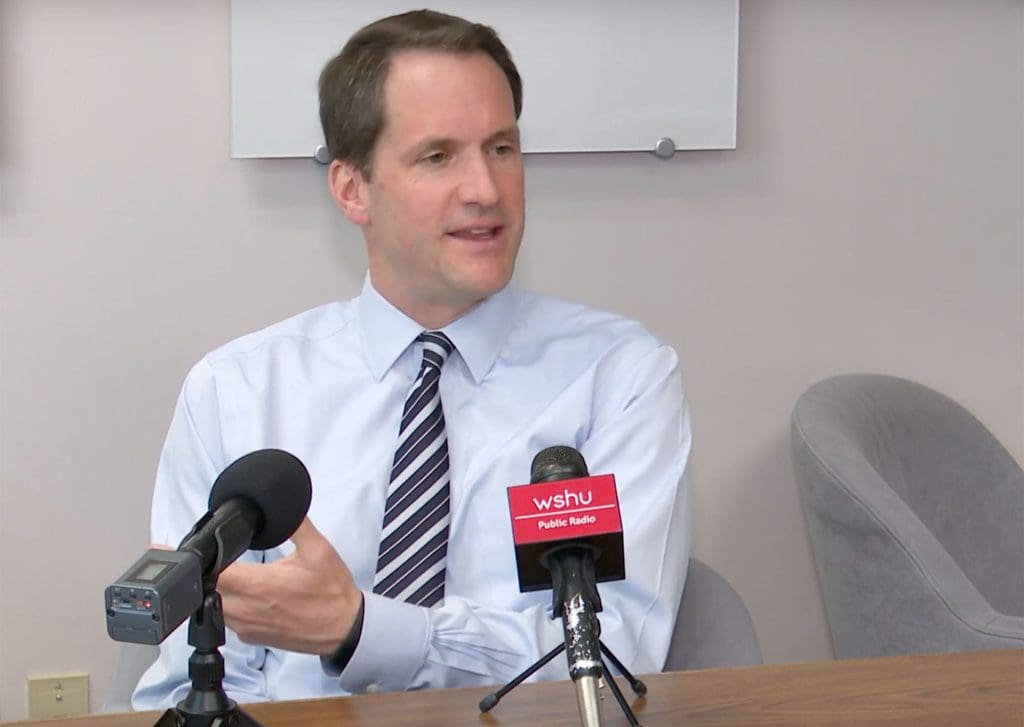 NORWALK, Conn. — The newly passed federal stimulus bill should provide about $5 billion to Connecticut’s schools, U.S. Rep. Jim Himes (D-Greenwich) said. The hardest hit businesses can apply for more Personal Protection Program (PPP) loans and unemployment benefits have been extended and expanded. If you got a direct payment in the first stimulus wave, you’re likely getting another check.

Plus, everyone should be able to get free vaccinations against COVID-19.

Himes shared this information in a tele-town hall, broadcasting from the United States capital ahead of the vote on the package.

“This {relief bill} is the second largest emergency appropriation in the history of the country, exceeding the American Recovery Act which was passed in 2009, when we were going through the housing crisis,” he said.

Dubbed the Coronavirus Relief & Omnibus Agreement, it’s in excess of $900 billion, he said. A press release from his office explains “notable provisions”:

Regarding the politics, Himes said, “There were a lot of people who got to a point, different in their politics as Mitch McConnell, Speaker Pelosi, Donald Trump and others, as a result, it is exactly what you would expect it to be: a compromise of things that, and I’ll speak for myself here, that I like very much, and some things that I really don’t like. That is of course the nature of compromise.”

He’s voted for it because something needs to be done, and “this bill should have been passed four or five months ago, and that it could in certain respects be better targeted and larger,” he said. “I am one of 535 people who have a vote in this building. And so I will take a compromise.”

Himes said he likes the unemployment provision because the relief is “very well targeted delivered by definition to those people who have lost their jobs. The bottom line is that unemployment insurance will be extended for everybody, for an 11-week period, beyond any expiration that might otherwise have occurred. It will also be expanded to provide an additional $300 per week to supplement the unemployment weekly payment that is being received by people, regardless of what that amount may be.”

And in Connecticut, they may go to April, he said.

“I’m told that the state of Connecticut and because there’s a little bit of play in the language. It may be extended beyond 11 weeks into April,” Himes said.

PPP loans in this “second draw” are limited to $2 million, Himes said. This time they go through “very, very small financial entities” so as “to try to level the playing field for those that don’t have long established banking relationships.”

“There will be a significant simplification of the process to get loan forgiveness for small up loans to $150,000 or less,” and restaurants are “now able to qualify for larger loans than they were in the first tranche of PPP made available by spring,” he said.

Instead of qualifying for 2.5 times the payroll, restaurants can qualify for 3.5 times, he said.

A citizen asked how the government was going to police the loans, so that companies who shouldn’t have gotten them won’t get them this time.

Public companies are excluded and it’s limited to companies with 300 or less employees, showing a 25 percent revenue loss, Himes said.

“That does not mean that we aren’t going to see some shenanigans when the government is making money available there is a class of organizations, people who look to take advantage of it but we should have much more visibility into, into who applies,” Himes said.

“When I say that the forgiveability for loans of less than $150,000 will be streamlined, that’s a good thing. It also means that there is what they will be less scrutinized in very small loans. You know there may be more fraud. There will be in the larger loans that will be subject to a lot more scrutiny, when they are forgiven,” Himes said.

And, “when we were passing the first CARES Act speed was really of the essence,” Himes said. “If you look at the curves of the COVID disease, April is just an appalling month in terms of increased cases, and it’s an appalling month in terms of the economy. So Congress acted fast, which is a good thing but fast sometimes means you act inefficiently, and that is what happened. Hopefully in the second round we’re going to tighten some that stuff up a little bit.”

Himes said he figures that roughly 1 percent of America’s school children live in Connecticut, so he usually takes 1 percent of large federal funding bill to estimate how much Connecticut will get, and $54 billion of this relief packages goes to K-12 schools.

“That’s really essential, particularly since this bill did not include direct aid to states and municipalities… that will take a lot of pressure off of our communities in terms of raising taxes against some of the challenges that schools have experienced,” he said.

The bill provides $23 billion for higher education, and there are “also discretionary funds of $4 billion that will be made available to governors, for them to use essentially at their discretion to assist in the stabilization of education institutions.”

The bill provides $48 billion for to healthcare and national vaccine distribution, “roughly half” for testing, contact tracing and surveillance, and $2.5 billion for “particularly high risk and underserved populations to make sure that those populations are not left behind in the distribution of the vaccine,” he said. And, $4.5 billion goes toward programs for substance abuse and mental health.

The bill will “accelerate the distribution of the vaccine to do additional research to do research into therapy, and to make sure that every single American can get the vaccine for free in a timely fashion. And not just Americans. There is an appropriation in this bill to actually assist the international vaccination effort which I think is important,” he said.

“They come with a $10,000 grant attached,” Himes said. “We had a lot of problems in the spring because due to a scarcity of funds that 10,000 grant was not made available to any borrowers. This bill has enough money to make sure that anybody who applies for an EIDL loan will get that $10,000 grant.”

It also extends the eviction moratorium for buildings with federally-backed mortgages, he said.

Himes said, “There’s all sorts of other stuff in this bill related to broadband services, the Postal Service, nutrition, very substantial increase in the availability of food stamps, and resources for food banks, fisheries, you name it, because it is at the end of the day, as I said, a $900 billion bill.”

Real smack in the face to the citizenry, that are unemployed or out of business from the shut down. I hope the voting citizenry WAKE UP NOW and realize they could careless about us. My paycheck ain’t long, I do what I can for those I see in need, there is but so much one or a community can do to support one another in these times. Lets not forget CT has created taxes, increased taxes, allowed utility companies to charge delivery fee tax that exceed some of our monthly usage amounts, or match half of it, got an new paycheck tax for family medical leave, like what the HECK already. TIME TO THROUGH A TEA PARTY

Maybe you can also list all of the pork in this disgusting bill disguised as something for the people.

To Every Norwalker over 70 years of age — Keep in mind Jim Himes received his vaccine long before you will. Your families may want to keep that in mind when he’s up for re-election