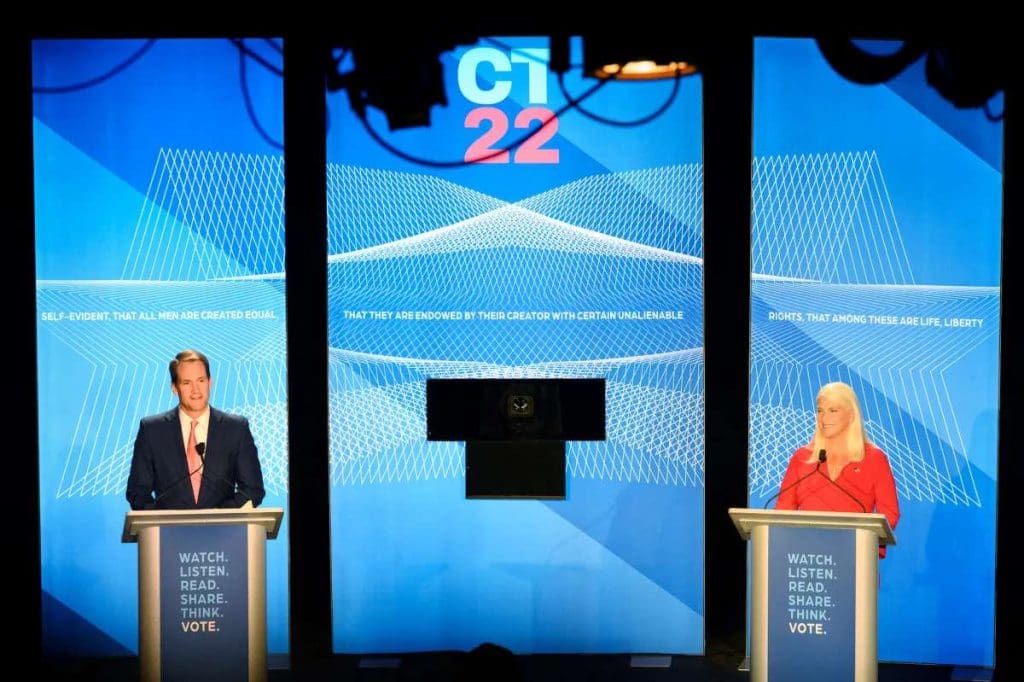 “If you’re looking to make a change in Washington … you start by electing Republicans that have common sense and who understand the importance of these issues,” Stevenson said Oct. 13. “As a woman, I know these issues. I’m passionate about these issues.”

Himes said Republicans have led the efforts to roll back access to abortion.

If elected, Stevenson said she can moderate her party’s positions on abortion.

Both candidates agreed that more Americans need to consider alternatives to four-year colleges as costs skyrocket.

Himes, a graduate of Harvard, said too many people ignore the value of training offered in apprenticeship programs.

“I think we need to focus a lot more on the community colleges, on the apprenticeship programs that give young people — for whom university isn’t necessarily the right thing — the ability to be firmly in the middle class knowing that their jobs are not at risk of being exported abroad,” Himes said.

“There’s no incentive for four-year institutions to keep their prices at a reasonable and affordable level for students,” she said.

Stevenson said the Biden administration’s decision to forgive some student loan debt is not the right way to contain costs.

Himes joined the U.S. House of Representatives in 2009. He has served on the Committee on Financial Services and the Permanent Select Committee on Intelligence. Himes was born in Peru, attended Harvard University and is a former Rhodes Scholar.

Stevenson served for 10 years as Darien’s first selectman. She said she will “bring bi-partisan solutions to Congress” and work to restore and preserve freedoms that “allow every American to pursue happiness.”

This story comes to you courtesy of the Connecticut Mirror.