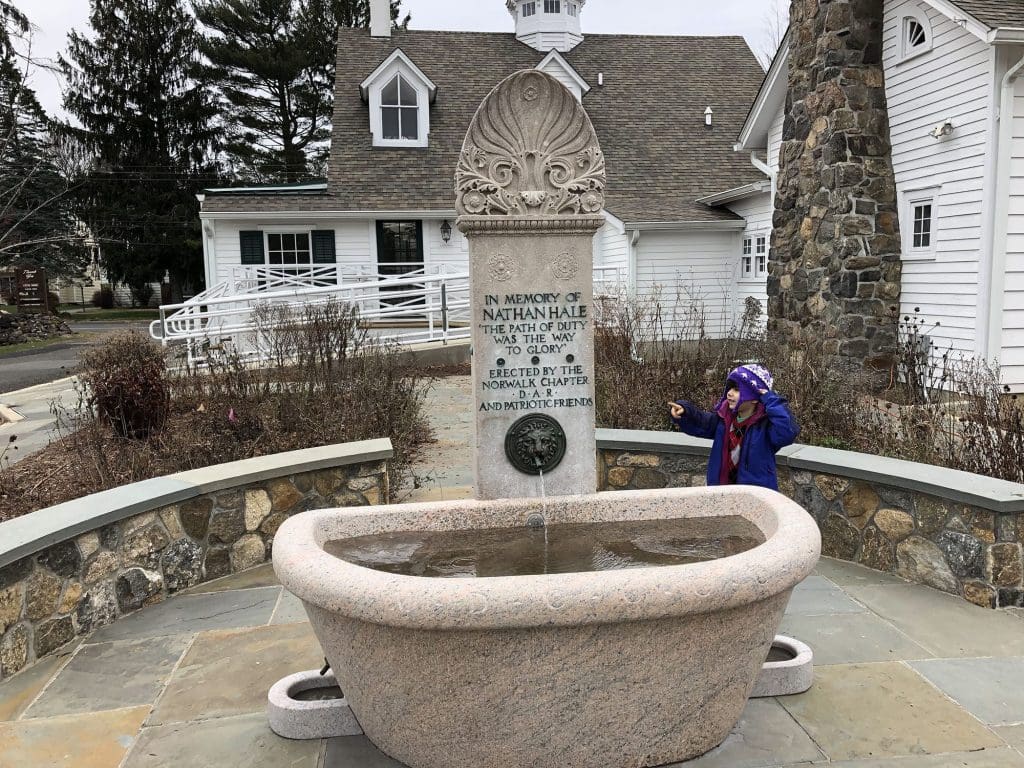 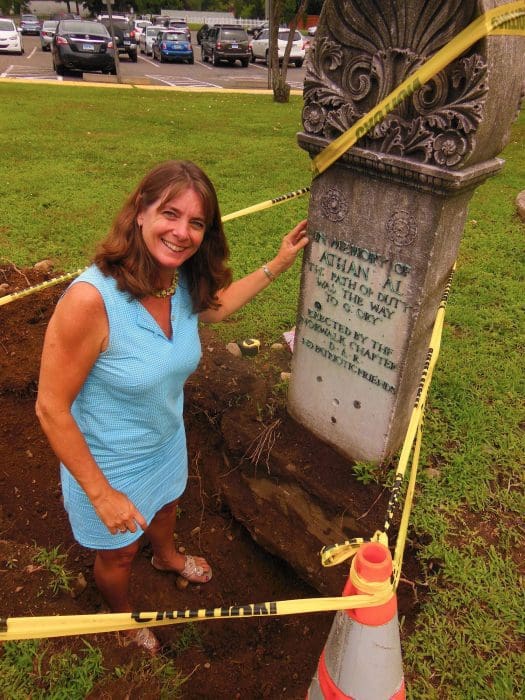 The 120-year-old Nathan Hale Memorial Fountain, restored through the efforts of Daughters of the American Revolution Regent Lisa Wilson Grant, will be unveiled at 1:30 p.m. Sunday June 6 at Fodor Farm Community Garden, located at 328 Flax Hill Road.  Grant, who is credited with designing the garden where the fountain will reside, will be given an award by Tod Bryant of the Norwalk Preservation Trust.  Norwalk Mayor Harry Rilling will rededicate the fountain, and refreshments will be on hand.

Hale, who paused in Norwalk before sailing to Long Island to spy on the British army for General George Washington, was captured and hanged in 1776.  His famous last words were reported to be “I only regret that I have but one life to lose for my country.”

In 1901 the Nathan Hale Memorial Fountain, designed by famed architect Stanford White, was installed in front of the Norwalk Armory on West Avenue, where Hale had ridden.  When a 1920s road-widening project caused the fountain to be dismantled, its various parts were scattered between Mill Hill, Nathan Hale Middle School, and Wilton’s Ambler Farm, where they languished until 2013 when Norwalk Historic Commissioner Grant located and brought them together with help from Norwalk Recreation and Parks and from landscapers Minuteman Land Services.

Stanford White’s great grandson, architect Samuel White provided a recirculating design, and Hamden-based preservationists Conserve-ART planned the restoration which was carried out by the City.  Photos of the project will be displayed in the Fodor Farm Barn.

The Norwalk Tree Alliance and the American Legion will provide support at the June 6 event.  Fully vaccinated attendees need not wear masks, but those not yet fully vaccinated are expected to wear them.

An outbreak of NICE expected

The 5th Annual “NICE Festival.” is a gala multi-cultural event planned for Norwalk’s Oyster Shell Park from 11 a.m. to 10 p.m. Saturday July 10, according to a press release from sponsor The Norwalk International Cultural Exchange (NICE).  With support from Norwalk Recreation & Parks Department plus various local businesses and high-profile corporations, the festival will feature a wide variety of international foods, music and dancing, interactive games and exhibits.  Children’s activities are planned for noon-5 p.m.  Fully detailed information for attendees and prospective vendors and supporters is at Norwalk NICE Festival – The World Needs NICE

NICE also announces the first installment of its new video series People of NICE and Their Stories:

NICE, a 501(c3) nonprofit whose stated goal is “to promote and increase awareness of the diversity of people from around the world through arts and culture,” is a member of the brand-new Norwalk Art Space’s Music Advisory Committee.  Located at 455 West Avenue, the Art Space’s Grand Opening is set for the weekend of Saturday June 5.  Free advance registration and info is at EVENTS | TheNorwalkArtSpace.

Hurricane season officially started Tuesday, but one named storm already arrived in the Atlantic last week. Tropical Storm Ana’s early appearance is a reminder that it’s always better to prepare earlier, rather than later, for what to do when (not if) a hurricane arrives, Norwalk Deputy Director of Emergency Management Michele DeLuca said.

Our area only saw one tropical storm last year, Isaias, which arrived the first weekend of August. The storm caused limited damage to the region, including downed trees and power outages. The last storm that had a significant impact was Superstorm Sandy in 2012.

Getting prepared for hurricanes

Deluca provided a list of supplies you’ll want to have on hand before a hurricane:

Make sure to protect your home as well, by investing now to save later. All this might be expensive, but the costs of repairs after the fact can amount to much more, she said. For additional resources and tips, visit: https://hurricanestrong.org/

State and local officials also recommend having multiple ways to receive emergency alerts, such as social media, local news alerts and radio, and Code Red, in case any one (or two) goes offline temporarily. To register for CodeRed (the City’s notification service) visit www.norwalkct.org and scroll to the bottom of the home page for the link.

Three new trustees have been appointed to the board of The Lockwood-Mathews Mansion Museum (LMMM): Kathleen Custis, the Rev. Roosevelt Ewell, and Pamela Murrin. 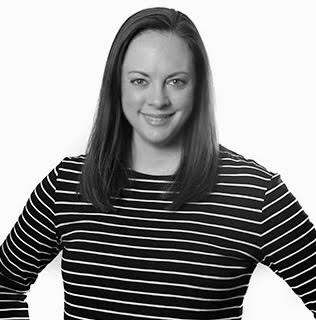 Custis is healthcare/scientific communications network Vaniam Group’s Associate Director of Program Services.  Holding a Master of Science in Human Resource Development degree from Villanova University, she serves on the Weston Field Club board, having previously served on the board of the Junior League of Stamford-Norwalk. 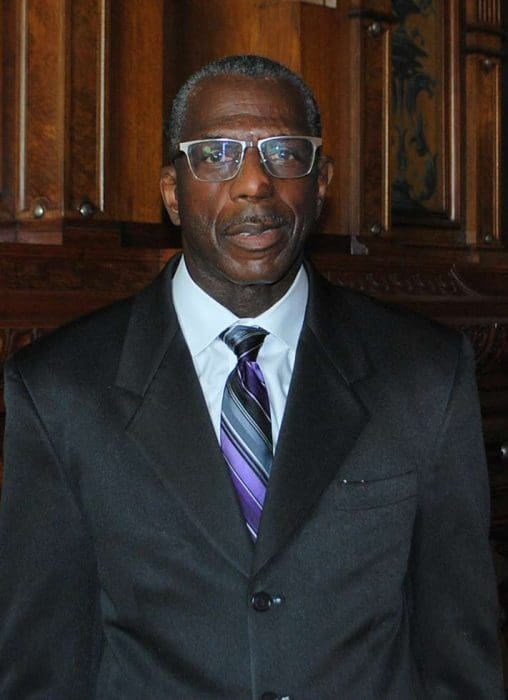 Ewell, holder of a Master of Divinity in Theology from Vision International University in Ramona, Calif., is Senior Pastor at Canaan Institutional Baptist Church of Norwalk, and is the Founder/CEO of Norwalk-based youth organization Serving All Vessels Equally, Inc.  He is a member of the Norwalk Urban Youth Coalition, a former president of the Interdenominational of Ministers Fellowship, and the past President of Congress of Christian Education of the Connecticut State Missionary Baptist Convention of the National Baptist Convention, USA., Inc.

Data analyst and corporate strategist Murrin is a media and telecom executive who has been a Board member at Shakespeare on the Sound.  A long-term Connecticut resident, she holds a bachelor’s degree from Northeastern University. 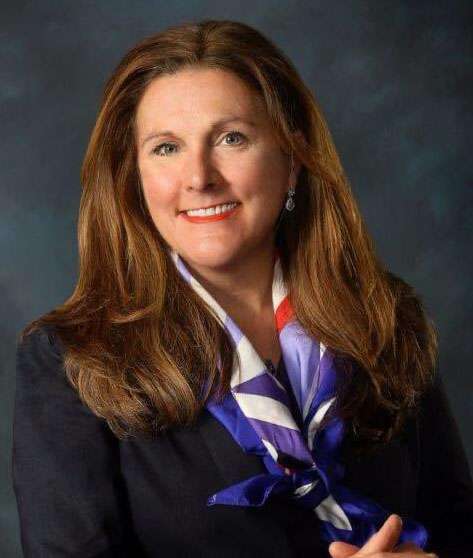 LMMM Board of Trustees Chairman Patsy Brescia said, “We are thrilled to have Pamela Murrin,  Kathleen Custis, and Reverend Roosevelt Ewell join our diversely talented Board of Trustees and gain their respective capabilities in the oversight of the museum. Our Trustees play a pivotal role in enhancing our cultural, educational and institutional programs.”

Thank you! Nathan Hale is America’s First Spy (that got caught), Connecticut’s State Hero, and Norwalk is the only place in Connecticut associated with his fatal mission. It should be a great day – many groups and individuals have now come forward to be a part of this. I am looking forward to it!