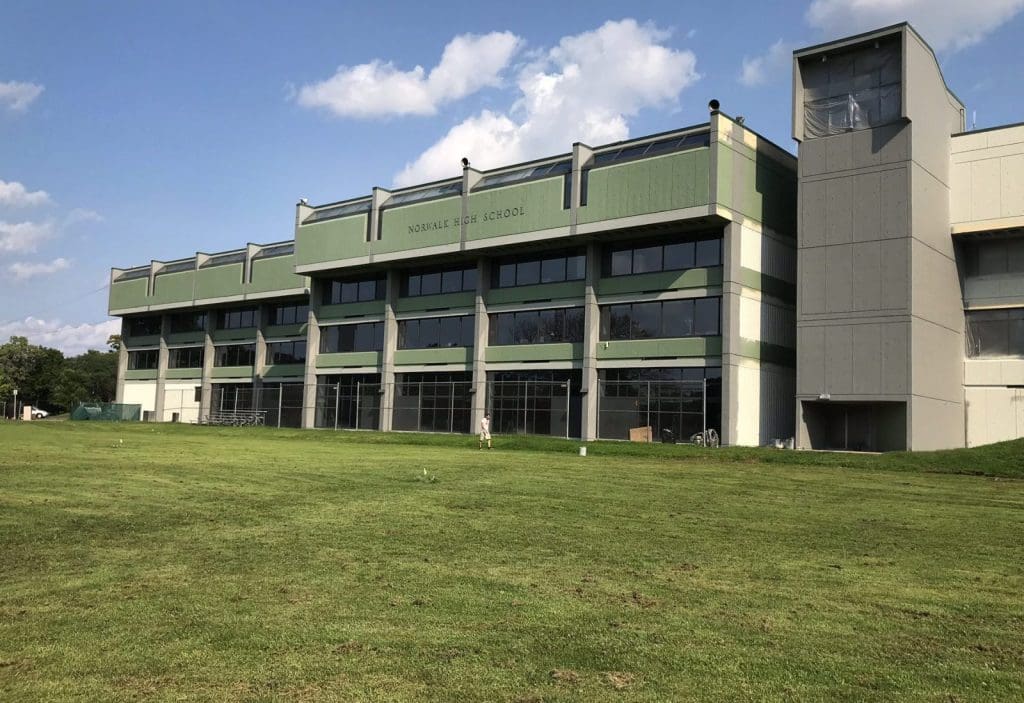 NORWALK, Conn. — A Wednesday morning “hoax bomb threat” brought a significant Norwalk Police presence to Norwalk High School, a news release said. The threat came in at 9:31 a.m. and students and staff were evacuated. At approximately 10:49 a.m., the school was found to be safe. A normal school day was resumed.

“We appreciate the quick response of our staff and students in keeping with the district’s established safety protocols. Thank you also to our first responders for their thorough response and support. District and school staff will be working closely with the NPD to follow up,” Norwalk Public Schools said in a statement.

Scanner dispatches indicated that police K-9 units locked down the school and conducted a search of the bathrooms and auditorium.  A perimeter was set up around the building and no one was permitted to leave the grounds. Nothing was found. The Norwalk Fire Department provided two engines and an ambulance was staged.

The bomb threat was classified as a hoax.

“Norwalk Police Officers maintained a presence at the school following the incident. There is an investigation underway, in cooperation with school officials,” the news release said.

“As always, safety and security are our primary concern,” the NPS statement said. “We encourage students to contact a school administrator or teacher if they are worried about a situation or something they have seen, or use the Anonymous Alerts app if they prefer. We ask families to reinforce this message at home as well. We will also be reminding students about the possible consequences of making false alarms or other inappropriate behaviors at school.”

NPD did an amazing job handling the entire situation!!! They should be praised for their professionalism, dedication and training. They did their jobs perfectly!! A HUGE Thank You to our true heroes in BLUE!!

Thanks to DrewT for his comments and praise. The NPD, like most other local law enforcement groups are dedicated professionals who serve our people & communities with pride and respect. Contrary to the radical views and comments made by the misguided children of our socialist left media & hate groups. The tail wagging the dog.