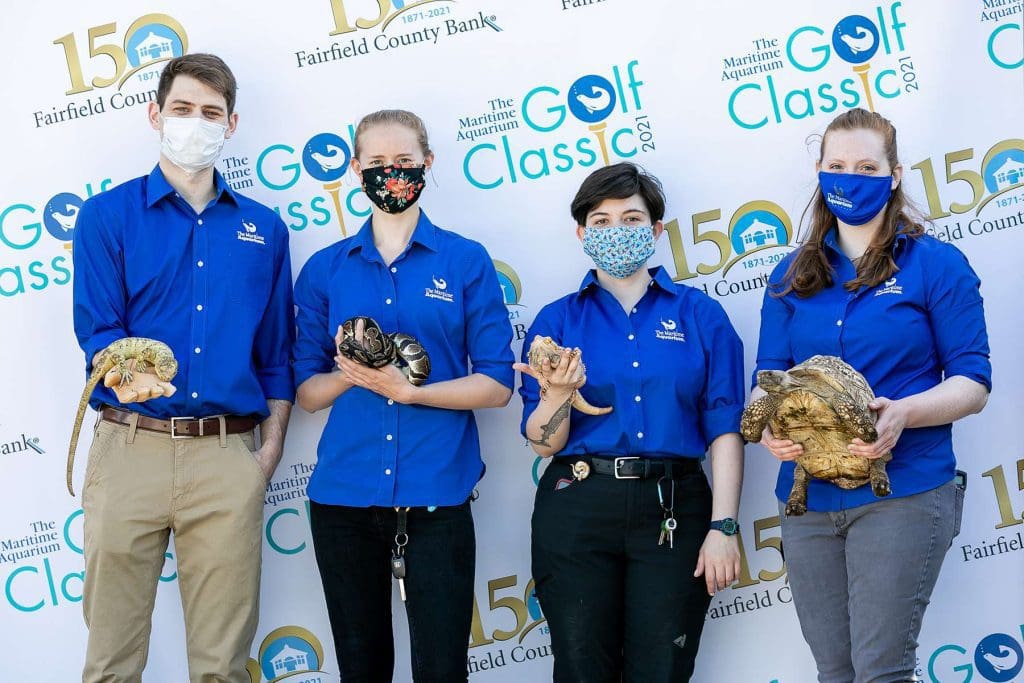 Humanists and Freethinkers of Fairfield County will host their eighth annual Summer Solstice Party, “A Lazy Afternoon in the Sunshine” from noon to 5 p.m. Saturday June 19 at Levin Garden, 249 Chestnut Hill Road Norwalk.

WSNA brings out the dogs

The Second Annual 4th of July Doggie Sidewalk Parade and Costume Contest will start at 10 a.m. on Saturday June 26, with sign up starting at 9:15 a.m. according to a press release from the event’s organizer Wall Street Neighborhood Association.   Participants will meet at the northwest corner of Wall and River Streets.   The course is a short loop ending at the corner of Wall and Isaacs Streets.  There will be contest prizes for the dogs, and the suggested donation is $15. 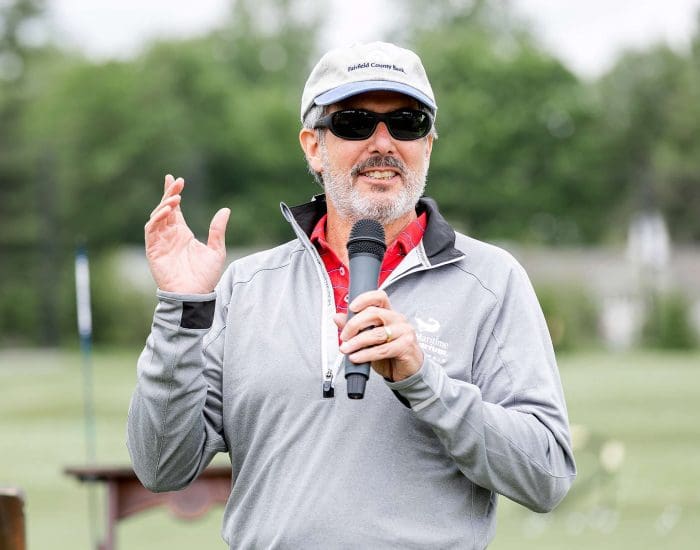 Ninety-six golfers took part in The Maritime Aquarium at Norwalk’s 10th annual Golf Classic held recently at Darien’s Wee Burn Country Club.   Over $185,000 was raised in support of the Aquarium’s exhibits and initiatives.  A sunset dinner complemented by music from Norwalk Symphony Orchestra members rounded out the day.  Aquarium Development Director Danielle Tranzillo said, “This event is always a fun and memorable outing, but more so this year as it was the first large-scale fundraiser hosted by the Aquarium since the COVID-19 pandemic broke out. We thank the 96 golfers who turned out and contributed so much, and also the Wee Burn Country Club for again hosting us on their beautiful course and fabulous facilities.” 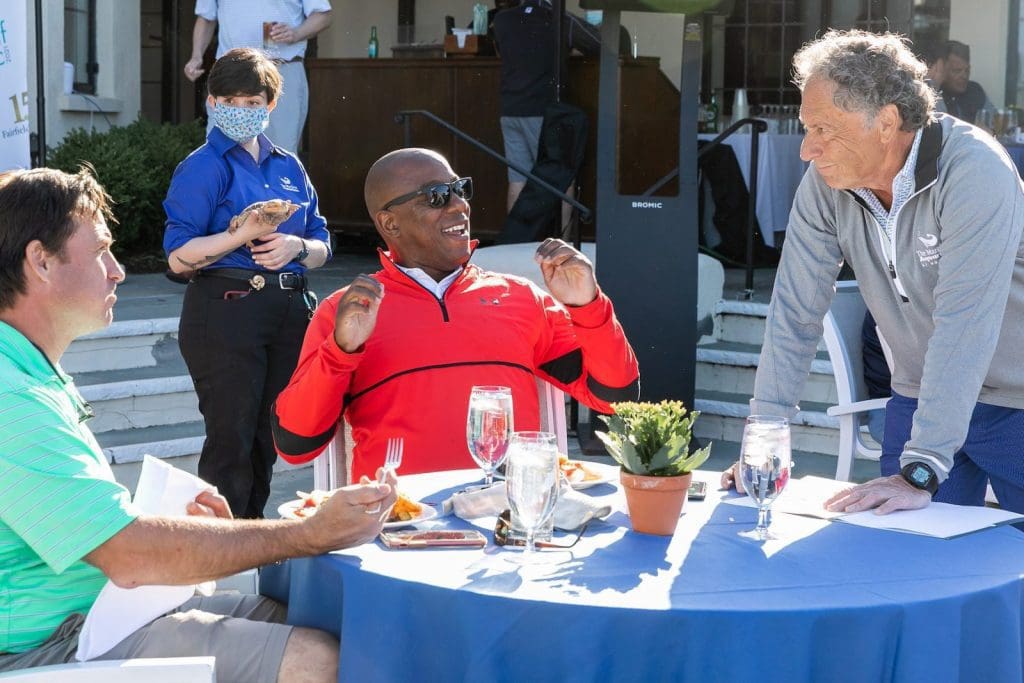 Clay Fowler of Pound Ridge, N.Y., (right) talks with Steve Fordyce of Killingworth (left) and Michael Chambers of Greenwich (center) during the dinner reception of The Maritime Aquarium at Norwalk’s 10th annual Golf Classic on May 24 at Wee Burn Country Club. Fowler is chair of the Aquarium’s Board of Trustees and co-chair of this year’s golf outing. (Maritime Aquarium) 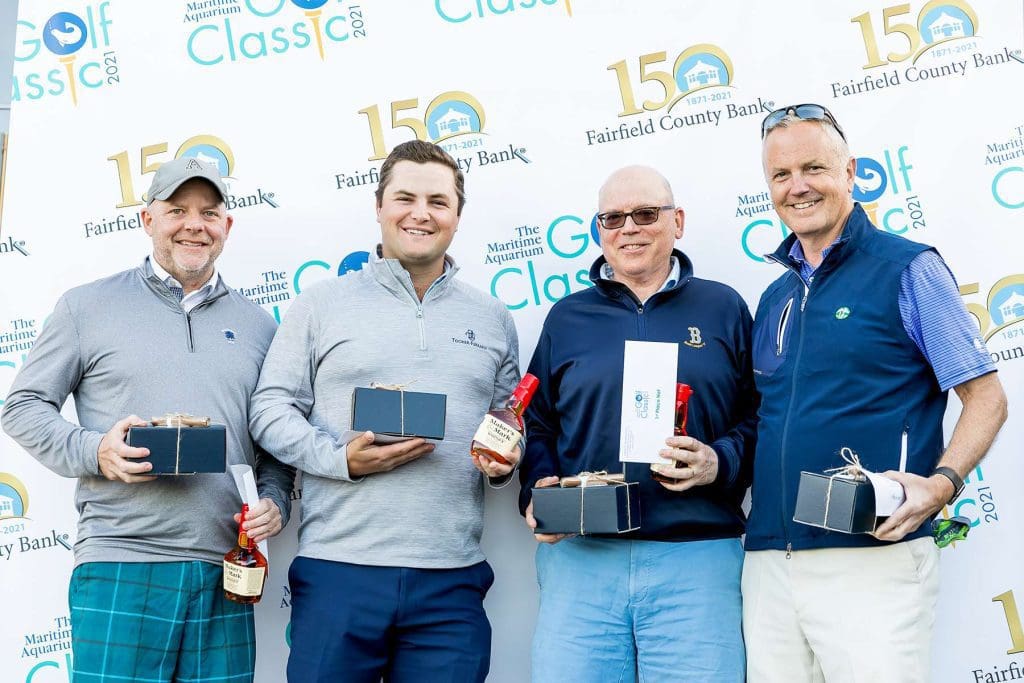 From left, David Durkin of Darien, Griffin Thrush of Stamford, Ed Stearns of Darien and Bill Thrush of Westport won the low net prize during The Maritime Aquarium at Norwalk’s 10th annual Golf Classic on May 24 at Wee Burn Country Club. (Maritime Aquarium) 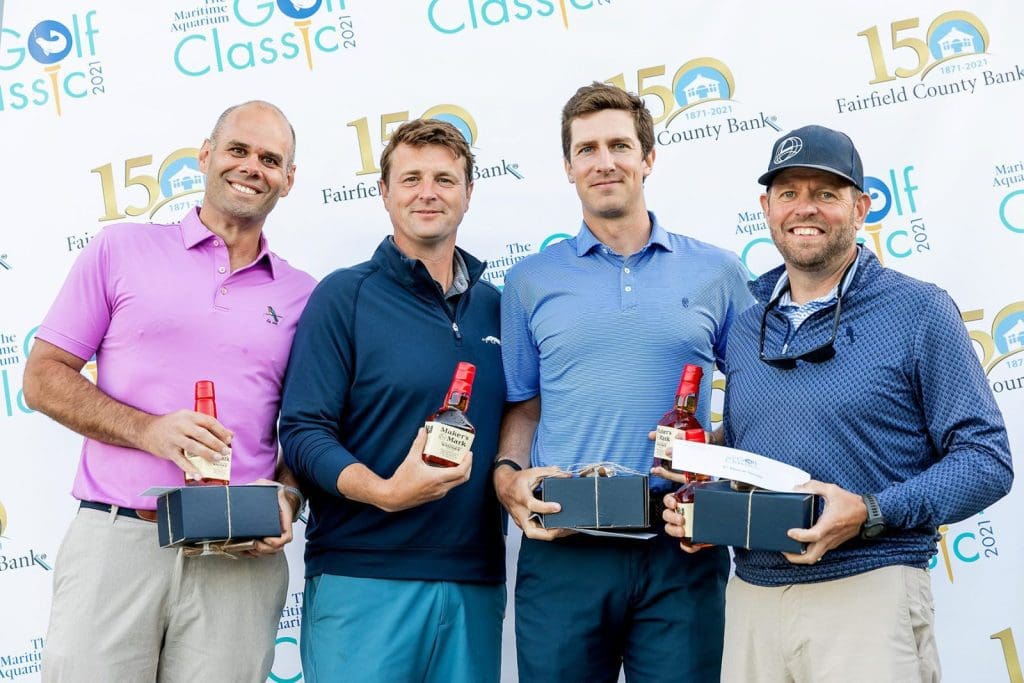