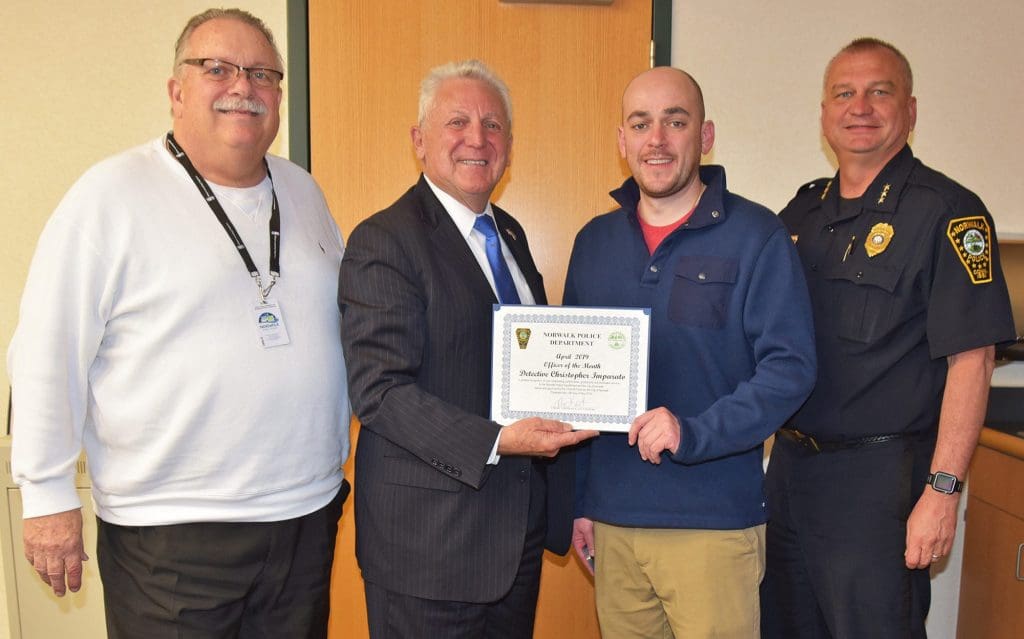 NORWALK, Conn. – Norwalk Police Det. Christopher Imparato was selected Monday as the department’s officer of the month for April for initiating the arrest of a convicted felon with a history of illegal firearms possession.

Imparato has been working cold cases and interviewing jailed prisoners, said Police Chief Thomas Kulhawik at a meeting of the Police Commission, resulting in him developing information that parolee Tyrome Antwon Sawyer was in possession of an assault-style rifle in his Norwalk residence.

State court records show Sawyer was convicted of criminal possession of a firearm in 2009 and 2016, first-degree escape in 2011, and violation of probation in 2012.n

It is illegal for a convicted felon to possess a firearm, and Det. Imparato told the police commissioners that, because of Sawyer’s prior firearms convictions, he may also be prosecuted by U.S. Attorney for Connecticut John H Durham.