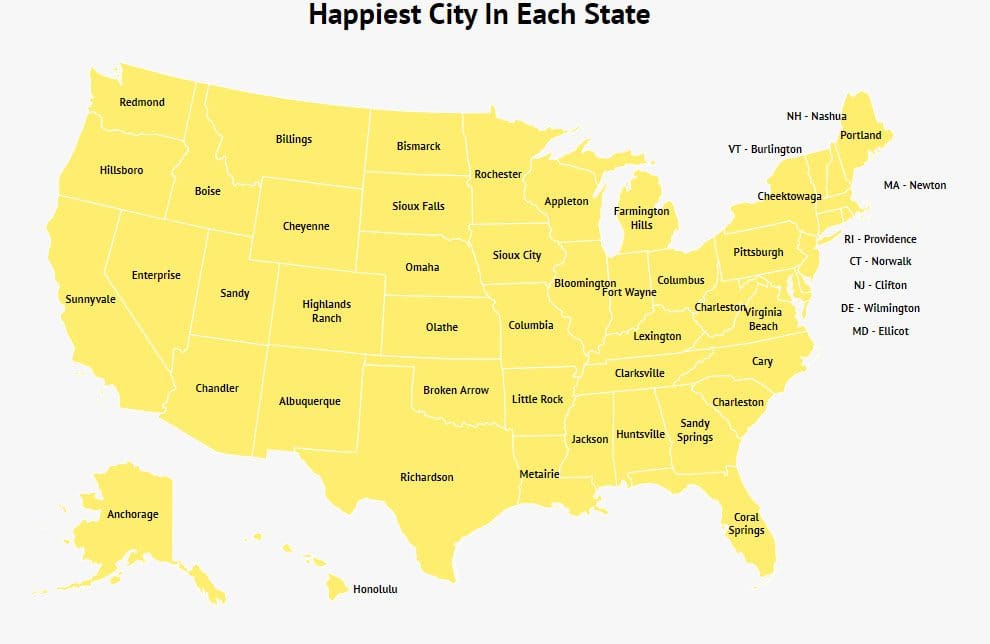 NORWALK, Conn. – Norwalk is the happiest city in Connecticut, according to a website you’ve probably never heard of.

Zippia, which bills itself as a career expert, used a formula to turn “happiness into a science:”

So, by that measure, Bloomington, Ind., is the happiest city among the 600 Zippia looked at.

“They aren’t wasting their lives on long commutes for one. The average Bloomington resident only drives 16 minutes to work. Toss in affordable housing and the fact that most Bloomington residents are coming home to a loving partner and it’s easy to see the city has a lot going for it,” Zippia wrote.

And so on. Norwalk didn’t make the top 10 so Zippia didn’t elaborate on its success. But there you have it: odd news for a Saturday.