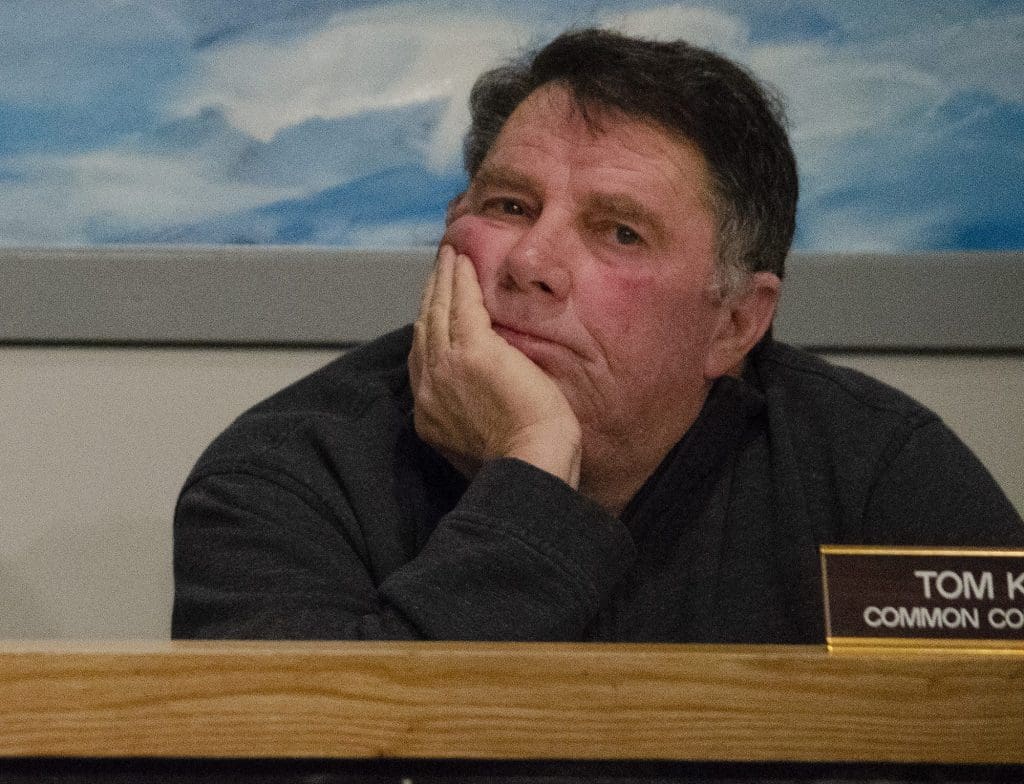 Keegan was first elected in 2019, the only Republican to win a major office. He replaced veteran Council member Doug Hempstead to represent District D.

“I am honored and humbled by everyone’s endorsement and support,” Keegan said in the release.

The Norwalk RTC will vote to endorse candidates next Tuesday.

He’s since been minority leader, presiding over a caucus of one.

“I promise to serve our community to the best of my ability. I have strived to work with my colleagues on the Council, Mayor Rilling and all city staff to make Norwalk a great place in which to work and live,” Keegan said in the release. “My hope is that by collaborating together we can continue to improve our schools and school buildings, place focus on smart planning and development and do what’s best for all of our citizens in all of our neighborhoods.”

In 2019, Keegan said, “I have been a public servant for my entire adult life, be it as a career police officer, volunteer firefighter or as a community volunteer i.e. PTO President, youth sports coach.  I have always put my community first.  I will ask the electorate to judge me on my character and not against the other candidates. I have always been honest and trustworthy and if I am elected I intend to stay true to my character.”

This is a great article about Tom Keegan.
I knew him from our High School years
as a good consciencious, concerned, and fellow student.
Subsequently, I also know that he has always been
a great successful public servant in his various positions
through his adult years.
I support him for his re election to the Common Council,
because I know he will continue to do his best
for the City of Norwalk, and for all of our citizens.
Through his past experience and good character
he is a big asset to have on our Common Council.
We couldn’t ask for a better representative for us all.
Good luck and continued success to him
in his re election to the Common Council.

Sorry to bring race into it… but that’s the most stereotypically Irish mug I’ve seen in a LONG time.

Tom has done an excellent job on the Common Council. He works hard, brings integrity plus knows how to work effectively with others. We are delighted he wants to continue serving!

We need more pragmatic officials like Tom Keegan. There’s a few minor factors that will greatly effect Norwalk in the coming 2-3 years. We need practical thinkers running our city. Tom is certainly one of those…The light at the end of the tunnel is not necessarily sunshine. Mayor Rilling knows this any honest council member knows it.
1) Covid Fun money dries up in 2 years. In addition, people who actually work for a living will have to begin paying higher Fed taxes to cover that. Fun money is being distributed by the drunken sailors currently in charge of our Treasury.
2) REVALUATION may not be a four letter word today, but it certainly will be in 2023. The good news is we get to watch the fun in some surrounding towns like Stamford before Norwalk residents have to deal with the pain. Rowaytonites should begin now to lock in appraisers/lawyers to try to reduce the pain they will certainly encounter. Commercial Property values down/Home Prices up = seriously higher taxes for you and me.
3) So when Estrella/Hosten and their acolytes keep requesting more and more and more, we need people like Tom Keegan to fight for the silent majority paying the freaking bills.

In closing July 24th is now right around the corner. I hope the weather is pleasant and the winds are calm. For those who’ve forgotten, July 24th is the date of the famous alleged spitting incident, which propelled a State Senator into the limelight for 15 minutes at the expense of Norwalk PD. I hope he’s proud of himself. There’s no doubt he is.

David Muccigrosso… I’m sorry you brought race into it, too. Reread your comment after omitting “Irish” and replacing it with “Chinese,” “African American,” “Mexican,” or, well, you get my point. Wouldn’t be so funny, would it? Let’s stay the course and focus on the content of Mr. Keegan’s character and on the good he has done for our community.

Great news! Tom has been an excellent addition to the council! He’d have my vote if I lived in his district.

Tom Keegan is a class act. Norwalk is lucky to have him.

@Mimi… I think the Irish can take a joke. Lighten up.

Seems like Nancy is okay with Irish racism. This obnoxious and offensive post would never had seen light of day if it was disparaging against people of color. Got it Nancy.

@David, I’m half Irish, I possess an outrageous sense of humor, and I don’t think your joke is funny at all. Lighten up? Really?

@David — I found your comment humorous. As I firmly believe Irish people are the best looking people on the planet (and not narcistic) I’m ok with comment. I’m guessing Tom also laughed. That being said, I look forward to a good Polish joke from you down the road.

I’m 100% of Irish descent and not offended one bit.
With that said, the picture choice is interesting. I can’t help but wonder if a more ‘upbeat’ picture (maybe of Tom smiling or speaking with constituents) would have been used if his political affiliation was different.

@John – I have no Polish jokes. Just some tired ones about my own Italian people… something something their tanks have 5 gears in reverse.

Well, if John O’Neill is “okay” with the joke then all is forgiven…. unbelievable that he speaks for the entire Irish population. I am Irish and I find it very offensive. As for Nancy not removing the comment, I find her to be a bigot.

Nancy should remove your comment. Accusing her of being a racist because she doesn’t censure free speech is pretty darn offensive.

Tom is a good and decent man that any town would be fortunate to have as an elected official! This democrat, even though party should make no difference, votes for honesty and integrity, party is overrated. I vote for Tom.