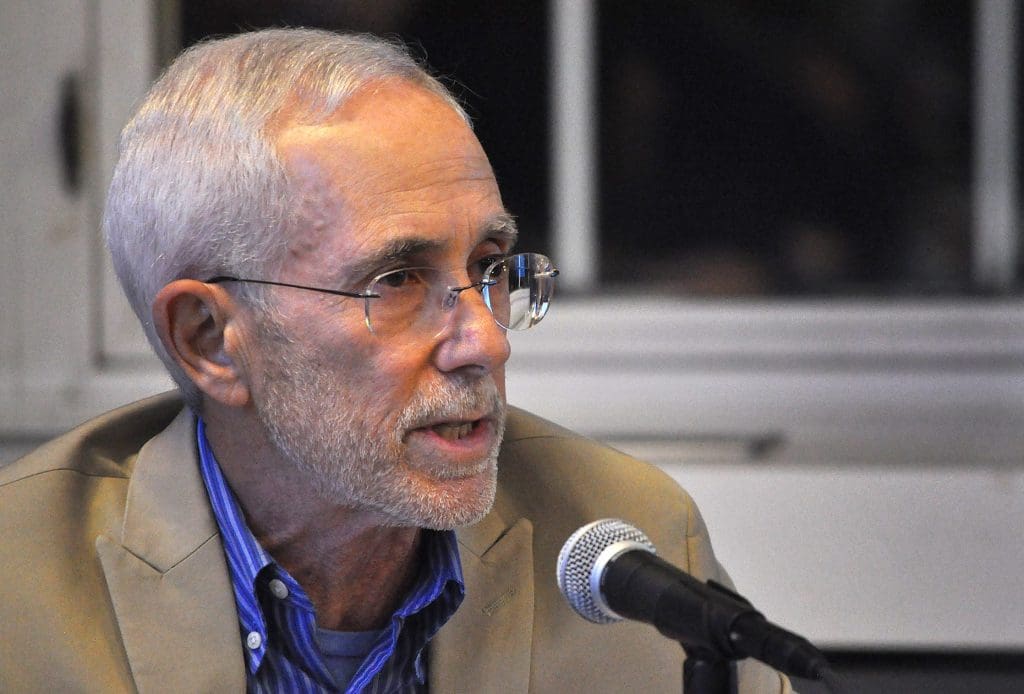 NORWALK, Conn. — Bruce Kimmel will lead the Norwalk Board of Education, as expected, for the next year.

Freshman member Godfrey Azima was elected Board secretary and Heidi Keyes was made vice chairman. Kimmel right away addressed the audience, referring obliquely to the controversy surrounding former Chairman Mike Barbis as he indicated the direction he expects the Board to take.

“We know that a strong Board, Superintendent, government can contribute significantly to student achievement, district culture and climate and continuous improvement. Unfortunately, we have seen the reputations of boards and superintendents tarnished by those few who appear to consistently engage in dysfunctional behavior. Just as we teach the students our schools developing new schools and new skills such as conflict resolution and consensus building, we expect our members to always address all citizens, including others on the leadership team with civility and respect and to work towards common goals for students,” Kimmel said. “I promise to do my best to ensure that all board members in the coming months conform to these standards.”

Kimmel was reading from a draft Connecticut Association of Boards of Education (CABE) statement, expected to become official in December. He’s a member of the CABE Board of Directors and had access to the draft, he said.

Kimmel read these words to a packed City Hall community room, full largely of people who had come to protest Barbis’ continued presence on the Board in spite of calls for him to resign due to the recent release of an offensive email he penned in June. Barbis was silent.

There had been a meeting in Mayor Harry Rilling’s office the night before, with Norwalk Branch NAACP (National Association for the Advancement of Colored People) President Brenda Penn-Williams, NAACP Education Chairwoman Shirley Mosby, Norwalk Chief of Staff Laoise King and Rilling, Kimmel said, explaining that he’d promised to reach out to the NAACP, attend their meetings when possible and develop a working relationship with Penn-Williams if he were made BoE chairman.

“It was a good discussion. It was honest, it was candid,” he said. Board members will have sensitivity training and he expects them to adhere to the Board’s code of conduct.

“It’s been said that the board has no power to enforce these kinds of codes of conduct,” Kimmel said. “I beg to differ. I believe there are ways, there are certain prerogatives that members have regarding members of the Exec (Committee) and there are certain prerogatives that the Exec, especially the Board Chair has in relation to Board members. There is a possibility of consequences and if board members consistently violate the code of conduct, we will take whatever actions necessary to ensure that stops.”

There was a note of controversy after the public had left the room. Sandra Stokes called out that there had been a deal to make Sherelle Harris vice chairman. She asked what had happened to that deal, but the Board continued its business without comment.

Memo to State Legislators: NOTHING HAS CHANGED IN YEARS..
Memo to Bruce Kimmel: WHERE’S STATE FUNDING FOR EXPLOSION OF ELLers in NORWALK?
Memo to Harry Rilling: UPDATE US ON HIMES’ FUND REQUEST PLEASE
Memo to Norwalk Teachers: HOW ABOUT A FAIR UNEDITED VERSION OF CLASSROOM CULTURE WITH BANDAID APPROACH TO ELL CRISIS

Bruce Kimmel was clearly catering to the masses last night. A few NAACP people spoke for well over six minutes, meanwhile, the pro-Barbis speakers were give three minutes..and that’s IMCLUDING all the time they were interrupted and yelled at.
What a sick, twisted city.