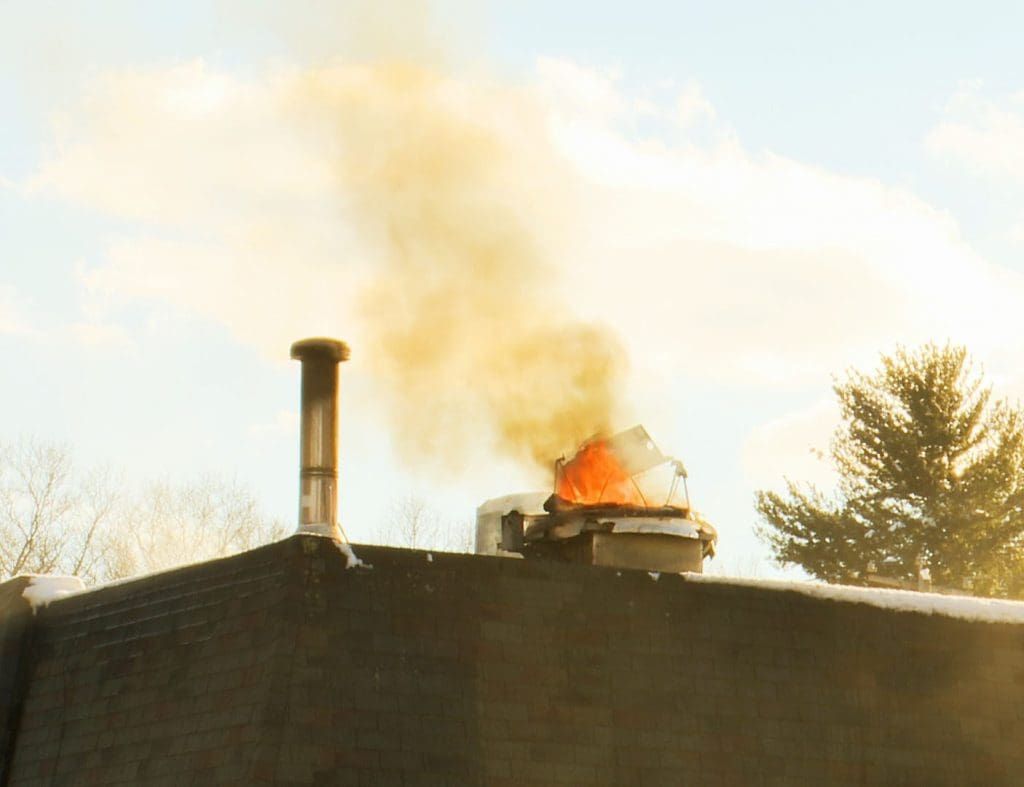 Firefighters were dispatched at 3:45 p.m. to the popular restaurant in the Cranbury Shopping Center after numerous 911 calls were received reporting flames emanating from the roof.

They climbed to the roof and streamed water at a flaming ventilator, extinguishing the fire in about ten minutes. Water was then poured down the exhaust ductwork to the kitchen.

Deputy Fire Chief Albert Bassett said a sprinkler head activated in the kitchen, limiting spread of the fire in the ceiling.

He said the kitchen sustained water damage and there was smoke in the dining room.

Bassett said the restaurant was closed by the city’s Health Department until cleaning and repairs can be completed.

There were no reported injuries. The fire is under investigation by the Fire Marshal’s office.

Eric ,I’m so sorry to hear but it seems all are safe which is most important. Take care and we await your return !

Best Asian cuisine in the city!! Godspeed, and see you when you reopen!!