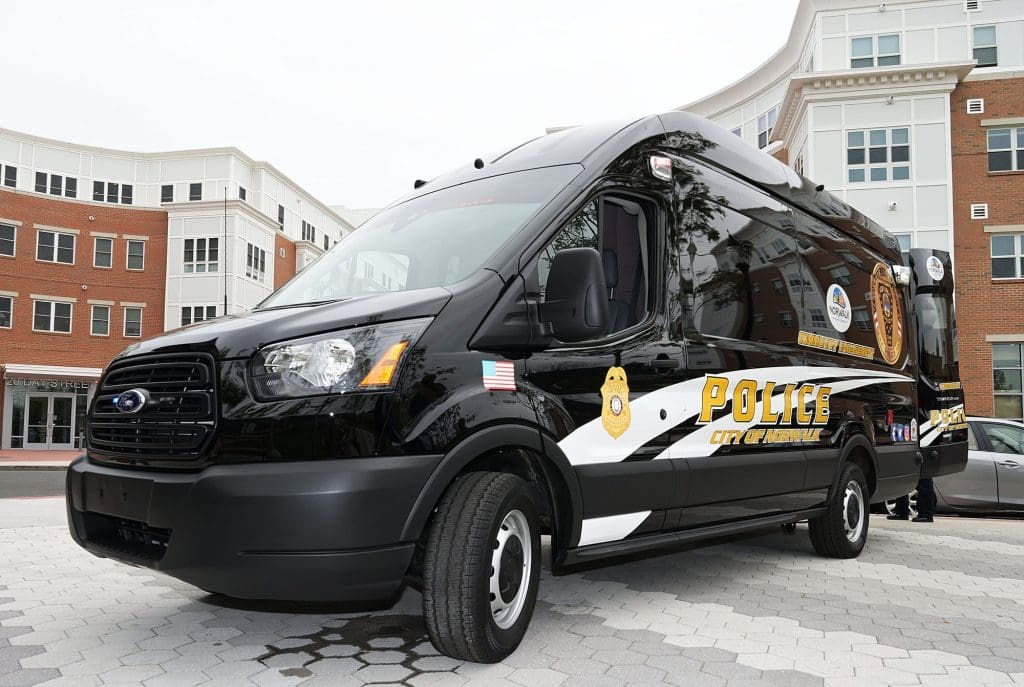 The new Norwalk Police community engagement van represents a new look for Norwalk police vehicles, Chief Thomas Kulhawik said. It was purchased with a Choice Neighborhoods Initiative (CNI) grant. “The primary function of the van will be to encourage neighborhood-police interaction by allowing police officers to bring their office to the community,” a press release said. (Harold F. Cobin) 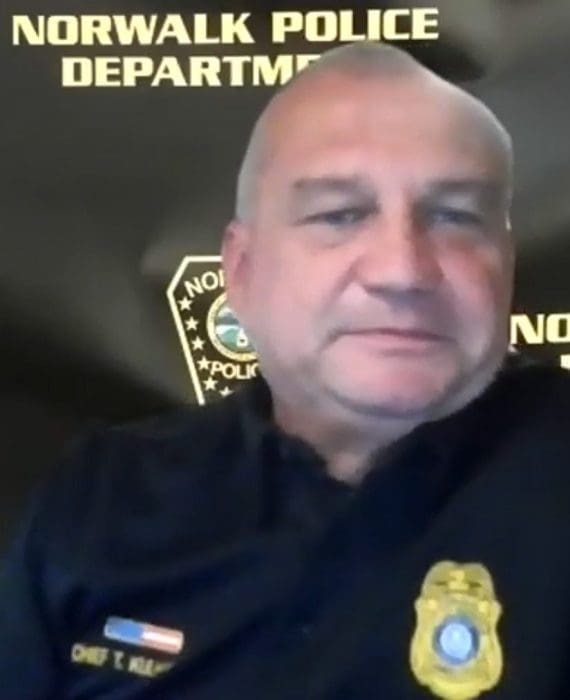 Norwalk Police Chief Thomas Kulhawik speaks with Common Council members, Thursday on Zoom. There are four vacancies in the department and another one expected soon, he said.

NORWALK, Conn. — From de-escalation training and community interactions to complaints against officers and the color of police vehicles, Norwalk Police Chief Thomas Kulhawik has been thoroughly questioned by Norwalk Common Council members.

Council members effused praise upon Kulhawik but also sought details on a myriad of topics.

While the Chief said police officers get a total nine months of training before being allowed out on their own, newly appointed Council member Diana Révolus (D-District B) said phlebotomists get 15 months of training so maybe police could use more, although the length of that training varies.

Council member Greg Burnett (D-At Large) brought up the deaths of George Floyd and Breonna Taylor, and asked how Norwalk Police officers could be prepared to best handle situations, where the department stands with de-escalation training and “is there a need to provide additional funding?”

“The easy answer is yes. And yes,” Kulhawik said.

Norwalk police officer go through three levels of de-escalation training, he said. First he mentioned L.E.A.D.S. (Law Enforcement Active De-escalation Strategies Plus Tactical Options), done by an outside firm, but while “a large number of officers” were trained over the years, many have retired and about 77 officers need that training “as an introductory and then the balance of the department could use a refresher.”

Training has been tough under COVID as it’s expensive to keep class sizes to 20 or 25 people, but Gov. Ned Lamont has issued new orders allowing larger groups, he said.

Secondly, “Anytime we train and use of force or firearms or tactical skills, hands on skills, de-escalation is also part of that training,” he said. And third, every other year Norwalk Police bring a simulation trainer to Veterans Park, where officers are put through scenarios that change depending on the officer’s reactions. Then they are critiqued.

Plus, there’s crisis intervention training that includes de-escalation, but “that training is difficult to get,” Kulhawik said. “Our goal was to have the whole department trained in CIT, but it’s going to be a long process to get to that point. But the initial thing we’re looking at is getting everyone through the official L.E.A.D.S. training for de-escalation, and have all officers trained in that.”

He said, “A lot of the training we can accomplish within our regular budget. Other training, we’ve used asset forfeiture funds, such as the trailer and the simulation, that kind of thing. And then there’s some that was not planned, but we want to get done. So, we’ll be reaching out to discuss that in maybe additional funding for that.”

The entire department was trained in Fair & Impartial Policing several years ago and trainees take the course at the Police Academy, Kulhawik said. Norwalk was looking to do a refresher, but the State is offering the class, so local officers will get training in training, and then lead the course here.

Johnson asked where constituents might find police policies, as promised during a June town hall. They’re on the City website under police FAQs, Kulhawik said.

“I think here in Norwalk, we are many, many steps ahead of so many other police departments in other cities across the country,” Council President Barbara Smyth (D-At Large) said. The Black Lives Matter issues are a symptom of a much deeper problem, “systemic issues that have plagued our country for hundreds of years,” she continued.

She asked what could be done.

Kulhawik said he’s often told police need to do a better job and, “My response is, ‘we’re doing everything that we can think of, what would you like us to do?’ And I rarely get any suggestions.”

“I think the dialogue is good,” he said. “But I think we also need to bring ideas, you know, back, because any (good) ideas that I have or my staff has, or that I’ve read about. ..we try to implement them and the complaint is that we’re not doing enough.” 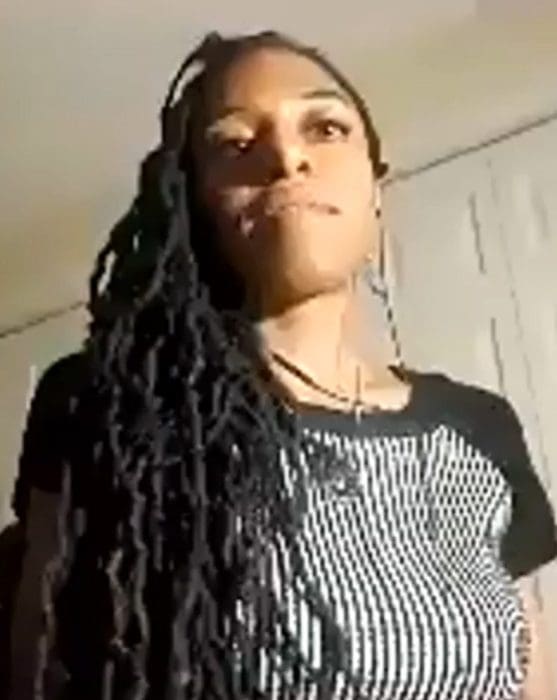 “I know that there has been ideas given, it’s just when are they actually instituted? Or thought of, or looked at when they’re given?” Révolus said. “And who and when, and how can we get something that actually shows the … community side of those perceptions?”
The number one complaint from the community is police harassment, she said, suggesting more training and asking how many officers live in Norwalk.

“It has generally been right around 40 percent, from what I recall over the years,” Kulhawik said. “Actually maybe a little higher, because the last several people that we’ve hired are Norwalk residents.”

“Connecticut has one of the most robust recruiting training in the country,” he said, and as far as perception, body cameras have been a game changer.

“I can only promise you that I do my best and I’m trying and I’m always open willing to listen,” Kulhawik said.

“Thank you for the respect and the professionalism that you bring to our police force,” Council member David Heuvelman (D-District A) said to Kulhawik. “I believe that trickles down and I think that that it shows we have a very quality force within our town, and I think a lot of that I lay on your feet, you’re doing wonderful work.”

He asked Kulhawik to walk through the complaint process.

Kulhawik said he sees every complaint, and many come to him directly.

“If it’s something very minor, then I’ll send it back to the shift commander and have him review it and investigate, so to speak,” he said. “It may be an inquiry about how a call was handled or something like that.”

It is “rises above that,” he’ll review the body camera footage himself and if it requires more investigation, it goes to Internal Affairs, he said. But 99 percent are “very minor” and 90 percent are “unsubstantiated.”

“It’s basically that people either don’t understand what happened, their perception of what happened,” he said, and he’s sometimes surprised when he looks at video and it doesn’t show what was described. “But coming from their point of view, for some reason, that’s how they interpreted it. And so I don’t consider that unfounded I consider that unsubstantiated.”

If it gets to the point of needing discipline, he relies on his years of experience to mete out something reasonable that won’t inspire a grievance, because going to the State labor board is time consuming and expensive, he said.

The Police Commission isn’t involved in discipline, he said. But in an indirect way, it has influence because the Commission evaluates the Chief. “They have discipline over me.” 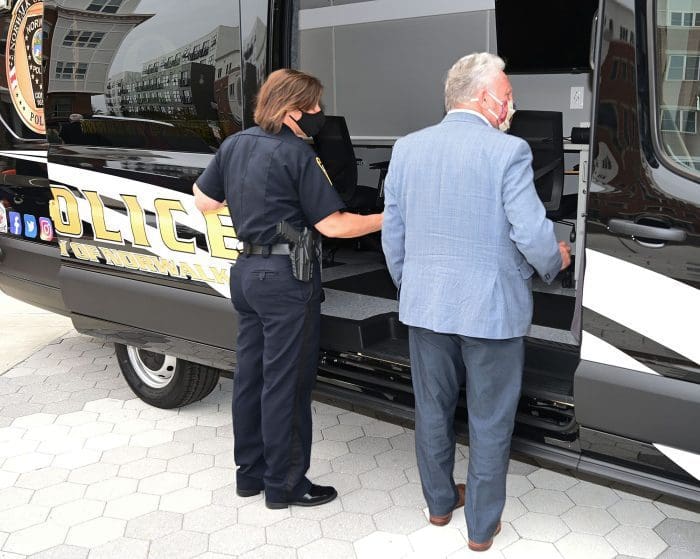 Black is an imposing color for police vehicles, Johnson said, speculating that perhaps the new police community engagement vehicle is black because it was grant funded and “maybe you just didn’t have a choice.”

The van was ordered nearly two years ago, Kulhawik said, explaining that Norwalk Police vehicles have been black for more than a decade and the department stopped wrapping the doors in white because it was expensive and the wrapping deteriorated too quickly.

The van actually represents a complete redesign of the graphics, with more color, more stripes, “the challenge coin with the logo on the back instead of nothing,” and the badge on the front, he said.

“That van is representative of what the new vehicles will look like as they get outfitted,” Kulhawik said. “… We’ve gotten a lot of positive feedback over the van and over the vehicles, both from people that have seen it on Facebook and social media, and also other departments that have seen it.”

Confronting our own implicit biases is ongoing, difficult, and critical work. Training from several years ago with an occasional refresher training is going to do little, if nothing, to help officers confront their own biases let alone move towards challenging and changing them.

Thank You Chief K. — Your patience, professionalism and stats are impressive. Please don’t retire on us. We need your leadership.
To our hardworking Police Officers — Good Luck over the next few years, you’re going to need it. Keep those Bodycams on at all times.
To those Police Critics — Norwalk PD may not be perfect, but neither are you…Just think about that for a second.
To those Young parents out there — Teach your kids respect. It’s a lesson I learned from my Grandmother who lived in NYC slums. It costs nothing and pays huge dividends.
To Notre Dame Football Team — Let’s win one for the Gipper..

Anne W, what would you suggest? Have you been through the training yourself? Norwalk, and CT, is doing so much more than the rest of the nation when it comes to bias and racial sensitivity training.

1. It seems like a lot of the force hasn’t done de-escalation training. If 77 officers still haven’t done the LEADS training that seems like a huge deal. Would we let 77 officers on the street without passing tag their firearms training?
2. The fact that there seems to be little outside process or transparency in complaints is surprising. The point is the chief gets a complaint and then might mete out some punishment if something goes really wrong (but not enough ever that would cause the officer to be unhappy enough to file a lawsuit). Would someone ask him how he would handle something like what happened at the NFD with the anti-Semitic statements made by an officer? It seems like some sort of external review is still needed.

Do I have to produce I.D. upon request of a policeman if no crime has been committed? Do police need to verbally identify with name and badge number if requested by a citizen? Thank you.

And so it begins…

Is there any accountability for someone who falsely accuses an officer of wrongdoing?