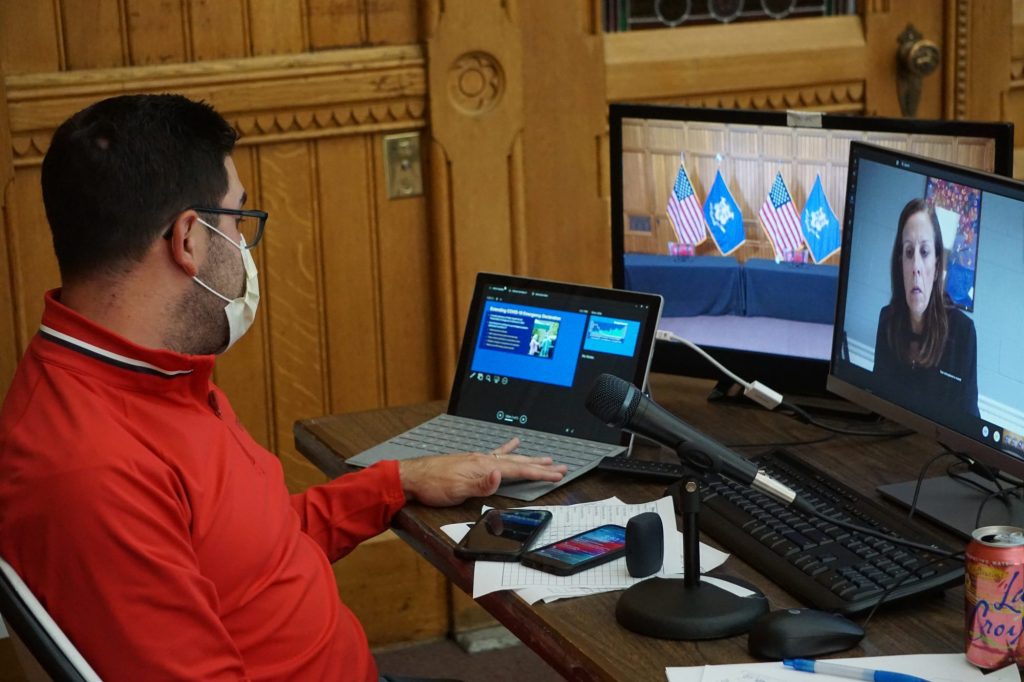 Gov. Ned Lamont and his top aides began a 14-day self-quarantine Friday night after the governor’s communications director, Max Reiss, tested positive for COVID-19, the first known case in the governor’s inner circle since the pandemic hit Connecticut in March.

Reiss said he is asymptomatic and home in isolation after getting the test result. Lamont and his senior staff are routinely tested twice weekly, and Reiss’s wife and two children also had tested negative twice in the past 10 days after his twins were exposed to the disease at school.

“None of us are experiencing any symptoms. We are all receiving follow-up tests this weekend, but will quarantine for the next two weeks,” Reiss said. “I also wear a mask during any and every public interaction, but as you all know, transmission can happen anywhere.”
Contact tracing is underway, and all members of the Lamont administration who have been in close contact with Reiss will self-quarantine. Close contact is defined by the Centers for Disease Control as being within six feet of an infected person for at least 15 minutes.

Reiss, the former NBC Connecticut newsman whose voice can be heard calling on reporters at the governor’s briefings, said the governor likely will continue his routine of twice-a-week COVID briefings, mostly likely from either his private residence in Greenwich or the Executive Residence in Hartford.

His briefings have been conducted remotely from a portable studio at the state Capitol. The governor’s other interactions with the press have been outside, with masks required of participants.

The quarantine was announced Friday night by the governor’s chief of staff, Paul Mounds.
“We are taking this case seriously and observing all protocols to keep the governor, his family and all of our staff members and their families safe,” Mounds said. “While this is the first case within our administration, tens of thousands of Connecticut residents have experienced COVID-19, and thousands of others have lost their lives.”

The infection comes amid a surge of COVID-19 cases across the state and nation. Lamont and his staff stepped up testing after President Donald J. Trump was infected and a large number of White House aides were infected.

“Even in an administration with consistent testing of all individuals who interact with the governor on a regular basis and wear masks at all times, this is a reminder that no testing regimen is full-proof,” Mounds said. “As we continue to see positive cases, test positivity, and hospitalizations rise in Connecticut, this is a clear reminder that everyone must continue to take proper steps to mitigate the spread of the virus. We must continue to wear masks, socially distance and avoid large gatherings.”

The impact of self-quarantining by the governor’s staff most likely will be limited, as most of their meetings have been conducted via video conferencing. The state Capitol is closed to the public, and it has been largely empty other than Lamont, Lt. Gov. Susan Bysiewicz and limited staff.

The COVID-19 positive test rate in the state was at 6.37% on Friday, according to Lamont. An additional 42 residents were hospitalized with the disease, bringing the total to 652. 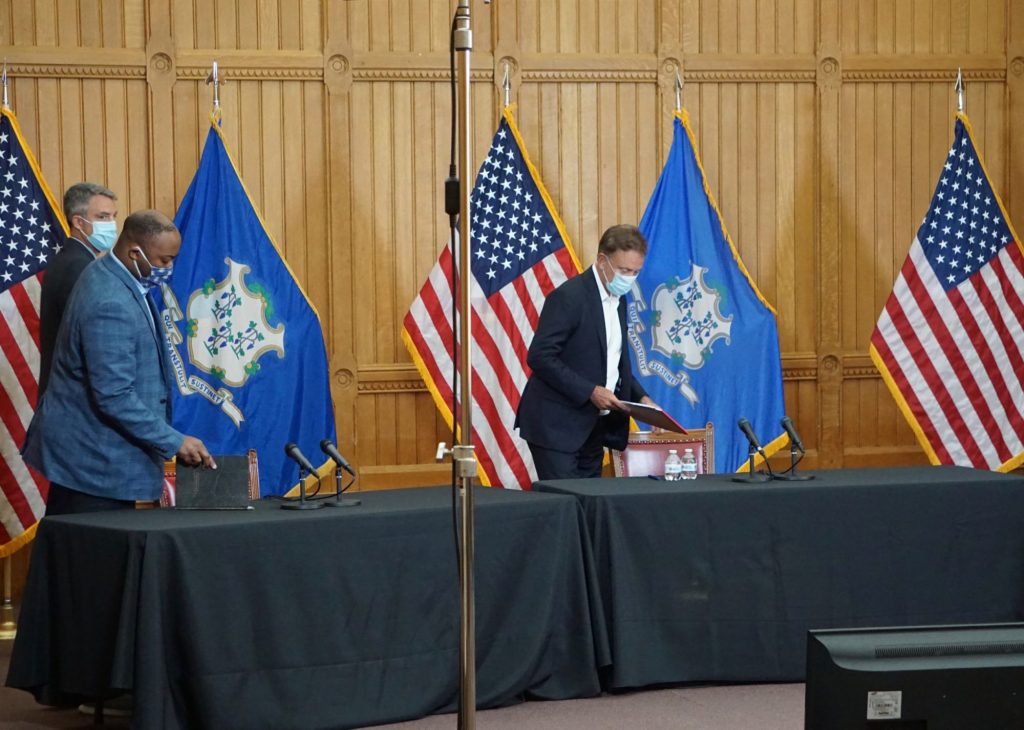