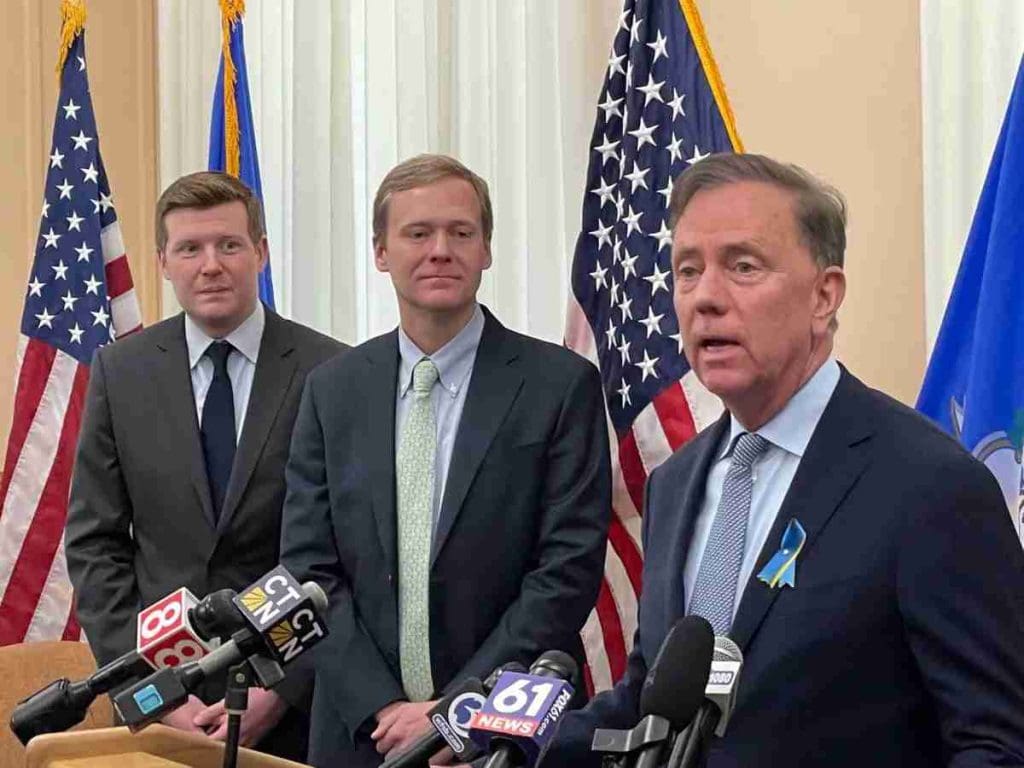 Gov. Ned Lamont, the titular head of the Connecticut Democratic Party, declined Monday to put his weight behind his party’s convention endorsements over the weekend in contested races for treasurer and secretary of the state.

Lamont complimented the choices of the convention delegates — Erick Russell of New Haven for treasurer and Rep. Stephanie Thomas of Norwalk for secretary of the state — but he is not pressing their rivals to forgo a primary.

“I’m not somebody who can complain a lot about primaries,” said Lamont, who twice ran primaries against convention-endorsed candidates. “So, if people want to throw their hat in the ring, that’s their right.”

Sen. Matt Lesser of Middletown, Rep. Hilda Santiago of Meriden and Maritza Bond of New Haven cleared the 15% threshold necessary to automatically qualify for a primary against Thomas.

It was unclear Monday if Lesser or Santiago would press for a statewide primary or seek another term in the General Assembly. Neither could be reached for comment. Bond, the public health director in New Haven, is expected to run.

Russell faces a potential three-way primary from Dita Bhargava of Greenwich and Karen Dubois-Walton of New Haven, who both qualified. Bhargava is committed to a primary; Dubois-Walton could not be reached.

Lt. Gov. Susan Bysiewicz, who joined the governor speaking to reporters at the bill signing of the state budget, said she and the governor would let the candidates reach their own decisions about primaries.

“We are so proud of the very diverse, smart, competent candidates that came to our state convention. And, you know, they’ll be making those decisions over the next week or so,” Bysiewicz said.

Lamont won a primary for U.S. Senate in 2006 against the convention-endorsed candidate, Sen. Joseph I. Lieberman, who was re-elected as a petitioning candidate.