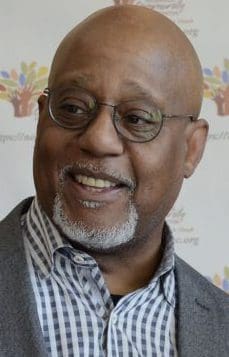 A panel of 15-20 individuals appointed by Gov. Ned Lamont will help make one of the toughest decisions facing the governor this fall: Who in Connecticut will receive priority when a COVID-19 vaccine is finally available.

The COVID-19 Vaccine Advisory Group will be co-chaired by Deidre Gifford, the commissioner of the Connecticut departments of public health and social services, and Reginald Eadie, CEO of Trinity Health. The state has until Oct. 16 to submit a distribution plan to the Centers for Disease Control and Prevention.

Although the advisory group will consider the weightier issues associated with vaccine distribution, the plan submitted to the CDC will be limited to identifying where in Connecticut the vaccine will be distributed, a list that could include hospitals, health centers, pharmacies and doctor’s offices.

The DPH has been working on the plan for weeks, with the help of a paid consultant, All Clear, a management company that Lamont spokesman Max Reiss said has worked before with the state and is “familiar with the agency’s” emergency response plans.

He said he does not know “the precise fee” that will be paid to All Clear.

The dozens of individuals on the new panel represent a broad range of interests. They include members of the General Assembly, epidemiologists, academics, church leaders, labor leaders, doctors and health care providers, representatives of labor and business – including the health insurance industry and the state’s long-term care facilities – and even a college student.

Gifford said she hopes the advisory group will hold a meeting before the Oct. 16 deadline so it has an opportunity to look at that plan.

According to the announcement released by the governor, there will be 21 members of a main advisory board. Some of these members – and others – will serve on three subcommittees.

One will focus on the safety of the federal approval process and science behind the vaccine, while another will advise the governor on how to distribute and allocate the vaccine. The third panel will focus on marketing and advertising to get information about the vaccine to the public.

The Trump administration’s “Operation Warp Speed” plan aims to rush any vaccine that is deemed safe and effective – the guideline for effectiveness is a vaccine that prevents a COVID infection at least 50% of the time —  to the states as soon as possible, perhaps with the help of the military. It has pressed the states for their distribution plans and provided about $200 million in grants for this purpose. Connecticut received a $2.4 million grant, money that will be used to pay All Clear.

Before the vaccine can be distributed, however, the states must decide who is first-in-line to be inoculated.

Initial supplies of the vaccine will be scarce, distributed to states based on population and a few other factors.

“Depending upon the amount of vaccines that we get as a state, we need to take the first tranche of that and distribute it in a transparent manner and absolutely in a safe manner. And what’s important is an equitable manner,” Eadie said.

He said the advisory group will follow the guidelines set by the CDC’s Advisory Committee on Immunization Practices (ACIP), but may have to modify those recommendations.

The group “will prioritize, as you can imagine, based on risks; so first responders, the elderly, the vulnerable communities or populations,” Eadie said. 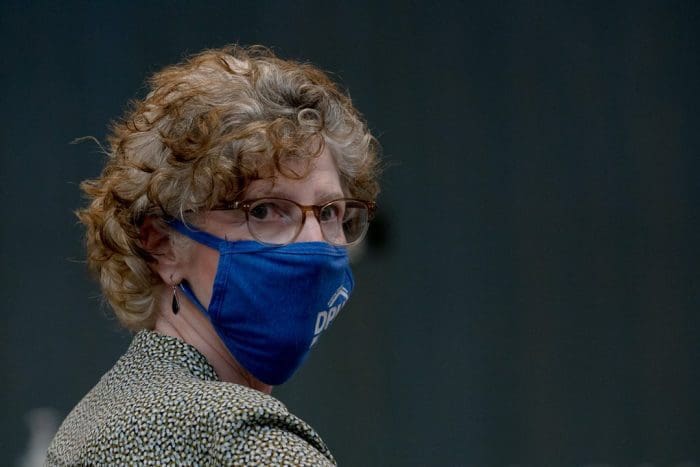 Dr. Deidre S. Gifford joins a meeting with Gov. Ned Lamont and staff on Friday, Sept. 25 in Hartford. Gifford is the Commissioner of the Connecticut Department of Social Services. (Yehyun Kim, CTMirror.org)

Gifford said “one of the reasons why the governor wanted to have this advisory group is that we anticipate that even within those broad categories (established by the federal government) we’ll have to make some local decisions.”

“And so that’s one of the main things that we’ll be talking about is – Who’s at highest risk? Where does it make the most scientific sense to start the vaccine process? And how are we going to implement that?” Gifford said. “It’s really important to us that the public understands how and why these decisions are being made.”

“If it turns out, as it probably will, that there are not going to be enough vaccines for everybody on day one, we’re going to have to have some strategy for distribution and administration of the vaccine. And we don’t want people to suspect that somebody got a special favor in that process,” she said.

Gifford said the goal of a vaccine is to protect both individuals and “the population as a whole.”

“So, you want to be looking at both of those things and strike a balance. … People will undoubtedly disagree, but making sure that that process is transparent is important,” she said.

Watching for ‘morbidity and mortality’

Last month, those organizations released a draft proposal that recommended the vaccine be distributed in four phases, with health care workers and vulnerable Americans, including the elderly and those with underlying health conditions, going to the front of the line. Those in the first phase of the distribution plan would account for about 15% of the population, the draft report said.

Phase two would include essential workers, teachers, residents of homeless shelters, and those living in prisons, jails and detention centers. All older adults not included in phase one would be vaccinated in phase two.

Phase three would include young adults, children and workers in industries “essential to the functioning of society” and who are at risk of exposure to the virus. About 85% to 95% of the country would be vaccinated by the end of phase three, the report said. Phase four would include everyone not covered in the previous phases.

The members of the Governor’s COVID-19 Vaccine Advisory Group include:

Eadie said Connecticut’s COVID-19 Vaccine Advisory Group will work through most of next year. After it creates a distribution plan, it has to implement that plan, Eadie said. Then the panel will oversee “what is happening, because administering a vaccine, we have to make sure it goes without any symptomatology.”

“We can’t afford to have any morbidity or mortality associated with the vaccine,” he said.

Eadie said “there’s a lot of controversy  being played out nationally in the media, within the scientific space and outside of it.”

“And so we have to bring all that into the conversation and communicate the decisions that come from the distribution subcommittee and the scientific subcommittee,” he said.

who gets it first? him, senate majority leaders, district legislators, all mayors, council persons, town & BOE… all Teachers, unions workers, all who work for the state and lets wait and see the outcomes, before the rest of us decide if we want it or for our kids. IJS sound just about RIGHT