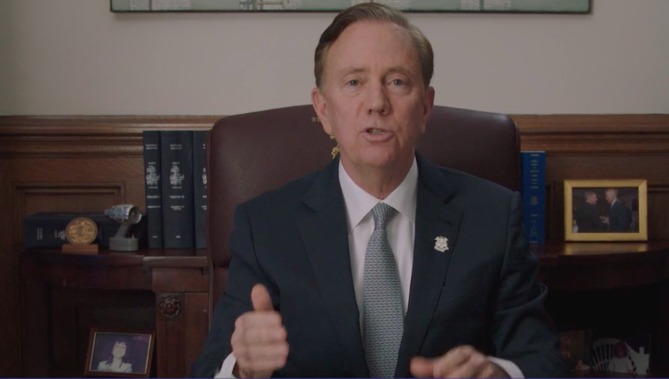 Gov. Ned Lamont’s health care proposals include a tax on insurance carriers and a limit on cost increases for prescription drugs.

Gov. Ned Lamont unveiled two proposals Wednesday aimed at reducing the cost of health care – an annual assessment on insurance carriers that would bring in money for additional subsidies on Connecticut’s insurance exchange, known as Access Health CT, and a plan to limit yearly increases in the cost of prescription drugs.

Lamont proposed creating the “Covered Connecticut Program,” in which an annual fee would be levied on insurers, similar to the Health Insurance Tax created under the Affordable Care Act. Congress repealed the federal tax in 2019; the repeal took effect last month.

As part of his new, two-year budget proposal released Wednesday, Lamont recommended reviving a similar tax on insurers that could bring in as much as $50 million annually. The money would be used to support additional subsidies for people who purchase coverage through Access Health CT.

As of last month, about 70% of the roughly 100,000 people who bought their coverage through the exchange in Connecticut received subsidies, such as an advanced premium tax credit, to help pay for their plans. But many others don’t qualify for that aid and can’t afford the monthly premiums, proponents of the tax pointed out.

A similar measure was raised by Democratic lawmakers recently. As a part of a broad health reform effort that includes a public option for small businesses and nonprofits, Democrats also suggested reinstituting the tax on insurance carriers and anticipated it would bring in about $50 million annually.

The Democrats’ plan would direct that revenue to additional subsidies on the exchange, but also to subsidies for people in the state’s undocumented community who want to obtain coverage and to an expansion of Medicaid eligibility. Their plan would push the qualifying limit for HUSKY A – Connecticut’s Medicaid coverage for adults with children, pregnant women and others – to 201% of the federal poverty level. It is currently at 160%.

Under Lamont’s proposal, the Office of Health Strategy would manage the Covered Connecticut Program and determine if funds should be used for other causes, including an expansion of Medicaid or to create a reinsurance program.

To stem the soaring cost of prescription drugs, Lamont has also recommended capping annual increases in the price of pharmaceuticals. His proposal would limit yearly hikes to the rate of inflation plus 2%. Drug manufacturers that exceed that amount would get hit with a fine, and revenue from those penalties would also be used to support subsidies for health coverage.

“COVID-19 reminds us that health care is a human right and that we all have a stake in keeping our neighbors healthy,” Lamont said in his budget address Wednesday.Susan Halpin, executive director of the Connecticut Association of Health Plans, which lobbies on behalf of insurers, said the industry is opposed to the assessment on carriers, but supports the cap on prescription drug costs.

“We’re pleased to see the governor go after pharmaceutical pricing, which is a big driver of health care premiums,” she said. “Like our position on [the public option bill], we question the wisdom of assessing some policy holders to pay for others despite how laudable the intended goal.”

No expansion of Medicaid 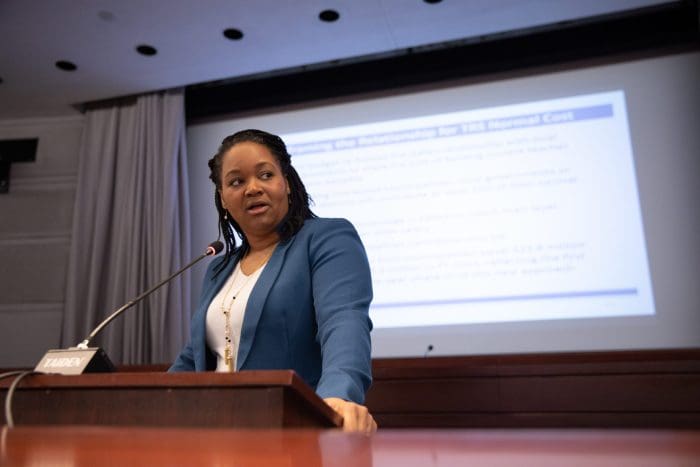 Lamont’s budget lacked one major component that many of his fellow Democrats in the state House and Senate were demanding: an increase in Medicaid income eligibility limits.

But the administration, which had to solve a nearly $2.6 billion projected deficit to balance its $46 billion, biennial state budget proposal, said hard choices had to be made.

But critics counter that Connecticut also has one of the highest costs of living among all states, and that the pandemic exacerbated a huge health care access gap that already exists here.

Lamont conceded that last point in his budget address Wednesday.

Sounds like a toll on health care to me. And Looney has a three-tiered PILOT plan that will sock it FF County as well.
This state is an absolute mess. Ned can close prisons but the workers can’t be fired or laid off, thanks to Dan Malloy.
Hartford never wants to cut and Ned, to his credit, is holding off as best he can on spending but all of it is not sustainable.
You can kick the can only so long…recall the previous governor running on NOT kicking the can but spending eight years doing so?
The piper must be paid eventually and sadly, most of us can’t just pack up and head to Maine or Florida. We have to stick around and pay for all this.