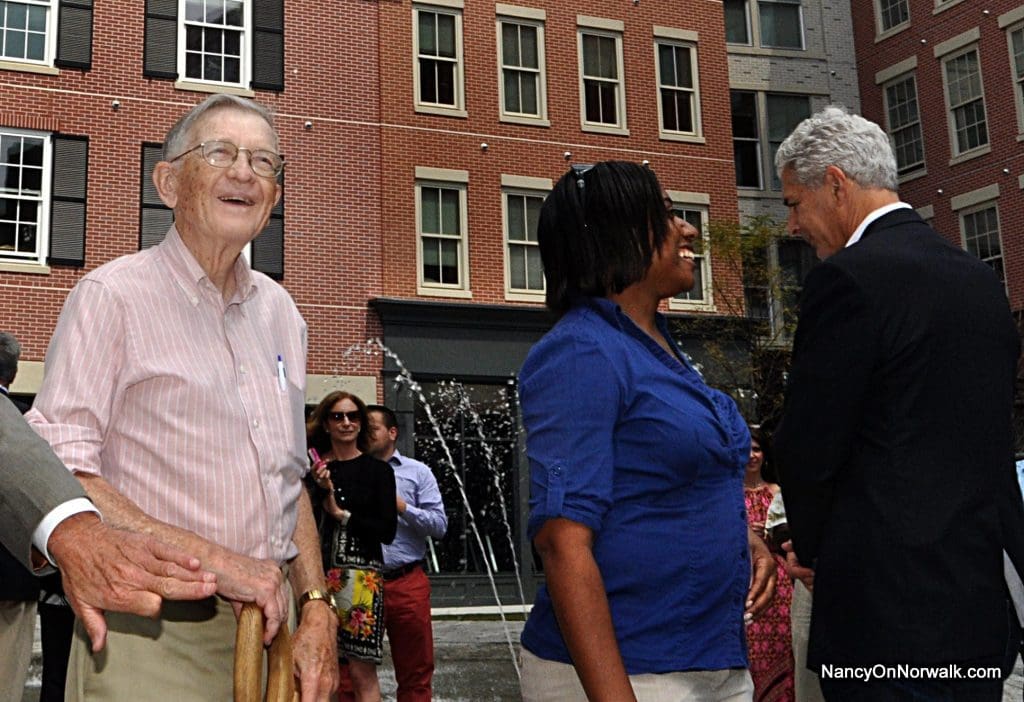 NORWALK, Conn. — The late Bill Collins is being remembered with flags at half-staff in Norwalk. Plans for a memorial service are developing.

Colins, 87, was also State Representative for District 140 from 1974 to 1977 and served three terms on the Common Council. He was a Korean War veteran and former national board member of Veterans for Peace.

Rilling called Collins’ death a “great loss” and said, “He was a highly respected individual and Mayor. He had tremendous love for Norwalk and through his leadership and deep commitment to giving back to the community, made a lasting impact on our city. He was especially passionate about issues such as affordable housing and finding ways to help the less fortunate. He has certainly left an enduring mark on our community, and we will miss him.”

The Mayor’s Office will send out a notification when the flags should be raised again.

A NancyOnNorwalk reader pointed out Monday that, according to the American Legion, only the President of the United States or a State’s Governor may order the flag to be half-staffed.

“Governor Lamont approved Mayor Rilling’s request to fly the flag at half-staff at official City buildings in Norwalk in honor of and upon the passing of former Mayor Bill Collins,” said Norwalk Director of Communications Michelle Woods Matthews in an email.

Michelle Gibbs, Collins’ daughter-in-law, said a memorial service for Collins may be held in September or October. Arrangements must be made to include family members out west. She said Kay Anderson is helping the family make plans.

Neither Gibbs nor Anderson were aware Thursday that the flags were at half-staff. Gibbs called it “sweet.”

“I think Mayor Rilling is an amazingly kind and respectful human being,” Anderson said.

“I grew up around the corner from Mayor Collins. And before I was politically aware, and he was the hardest campaigner I think I ever saw,” Meek said. “Even though my parents were registered Republicans, he came to our door every election cycle with his potholders. We had a German Shepherd that particularly was not fond of door knockers, but he came every time.”

Like many others, Meek noted the impact Collins’ had on South Norwalk. Collins’ leadership “really turned that whole area of the city around,” Meek said, suggesting an honorary renaming of North Main Street in Collins’ honor.

Rilling said he and Council President Tom Livingston (D-District E) had just been discussing that. “We thought that someplace in South Norwalk would be certainly an appropriate way to honor the memory of the man and all his accomplishments in the city of Norwalk.”