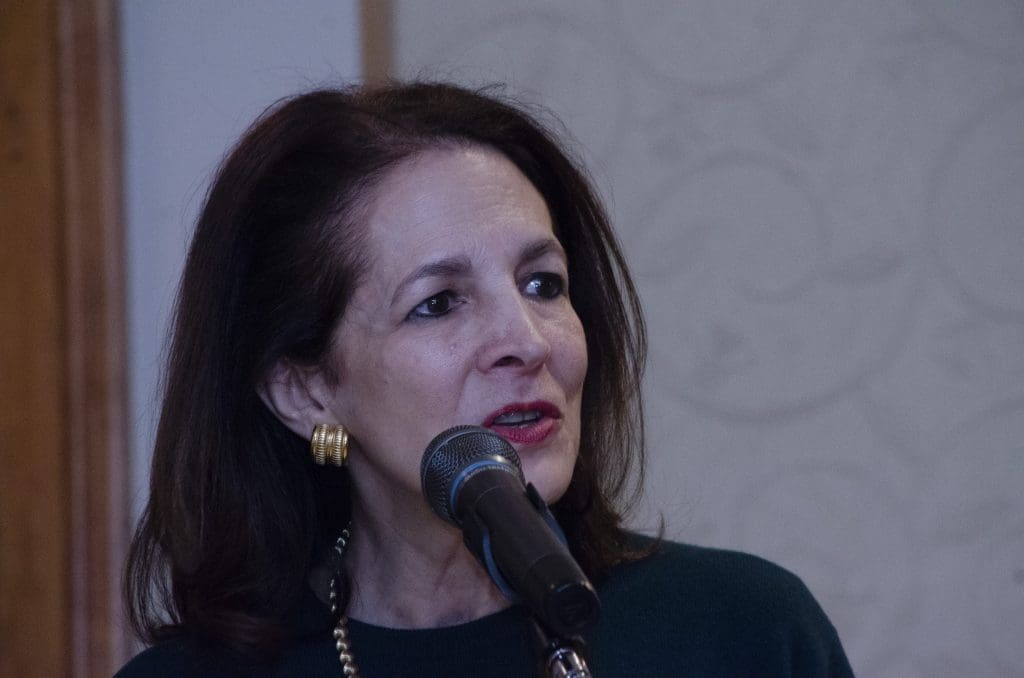 “At the end of this term, I will have served my constituents and the state of Connecticut in the legislature for a decade,” Lavielle said in a press release. “The privilege of serving is a great honor that I will always deeply appreciate. I thank my constituents for allowing me to contribute to our state through public service and for entrusting me with matters that are important to them and to their friends and families and will continue to be so for years to come.”

That has nothing to do with Lavielle’s decision to step down, according to a Republican source, who said Lavielle has spent a decade in public service and wants to move on.

District 143 is largely in Wilton, with about 40 percent of its territory in Norwalk and a sliver in Westport. Lavielle is a Wilton resident.

“Gail has been a fantastic public servant serving her district and the people of Connecticut for the last ten years.  She will be missed,” Norwalk Republican Town Committee Chairman Carl Dickens said. “We respect and support her decision to spend more time with her family. I do not believe that elected officials such as Gail are ever replaced. It now falls on the Republican Party and the towns of Norwalk, Wilton, and Westport to put forth a candidate who can take the baton and carry on, and we shall.”

Lavielle, a Wilton resident, is Assistant House Minority Leader and Ranking Member of the legislature’s largest committee, Appropriations. She worked for more than 25 years in finance, marketing, and communication, and held executive leadership positions with Fortune 500 corporations.

Several years after moving to Wilton from Paris in 2002, she served on the Wilton Board of Finance and Energy Commission.

“In her five terms in the legislature, she has focused much of her attention on economic and budgetary issues, education, transportation, government transparency, individual freedom of choice, and issues of local control,” the press release said. “Before her appointment as Ranking Member of the Appropriations Committee, she served as Ranking Member of the Education Committee for four years and, previously, the Commerce Committee.”

“In addition to serving on budget-writing teams that have developed and proposed several fully vetted no-tax-increase biennial budgets and midterm budget adjustments, she has fought for improved rail service for commuters, equitable state funding for Norwalk’s schools, mandate relief for successful school districts, and protection of municipally owned open space. She has also been an outspoken opponent of expanding the state’s powers of eminent domain.

“In 2012, Rep. Lavielle was named ‘Woman of the Year’ by the Homebuilders and Remodelers Association of Fairfield County, for her leadership in supporting proposals to reduce taxes and state government costs and to remove legislative barriers to business growth. She was also named an Environmental Champion by the Connecticut League of Conservation Voters in 2012, 2013, 2014, 2015, 2016, and 2017. In 2015, she received the STAR, Inc. ‘Humanitarian Award’ for her commitment to serving people with intellectual disabilities.

“She has also been recognized for her work on education and children’s issues. In 2011, she was honored with the ‘Tip of the Cap’ award for education advocacy. The Early Childhood Alliance has recognized her support for children’s issues, naming her a ‘Children’s Champion’ in 2013, 2015, 2016, and 2018. In 2015, she also received the ‘Parent & Child Hero Award’ from CT Parent Power.”

Thank you Gail, for your years of dedication, and service under circumstances that have been, at the least, trying, at times. You’ve served with integrity, and honesty. All the best to you in future endeavors.

Thank you for your steadfastness and devotion to your constituents over the past 10 years. I’m sorry to see you retire and I understand, it’s difficult to keep pushing a boulder up a hill. I hope you will continue to write opinion for the Hour as you are clear and concise and right on, fiscally. Best to you in your next journey.