NORWALK, Conn. — Marybeth Darcy immediately reached out to the State when she realized her longtime friend and former boss, then-Attorney Carl Ferraro, had bounced a hefty check written to her husband as the proceeds from a real estate transaction. But despite her haste in the filing a grievance, other people were still hurt.

Ferraro resigned in April after the Office of Chief Disciplinary Counsel took steps to suspend him, and waived his right to apply for reinstatement. He faces three lawsuits from clients who say they are owed significant amounts of money. Most notably, retired Norwalk Police Officer Joe Jensen is allegedly owed more than $850,000 after the sale of his home.

If unable to recover their money through the court system, victims can expect compensation from the State’s Client Security Fund. But Darcy said this will take a year.

Going forward, she plans to advocate for a client’s bill of rights.

Greenwich residents Richard and Joan Margenot say in a legal complaint that they bought a SoNo condominium from Norwalker Ian Murphy in early March, but Ferraro didn’t use the proceeds to pay off Murphy’s $138,700 mortgage on the property.

Jensen, in an affidavit filed May 27, said he expected $853,965.91 from the Feb. 25 sale of his their Rowayton Avenue home but when he went to Ferraro’s office three days after the closing, Ferraro either wasn’t there or wasn’t answering his phone. On March 1, after Jensen returned and banged loudly on the door, Ferraro came out and gave him a check for the expected amount.

Jensen deposited the check, but Ferraro put a stop payment order on it, according to the affidavit. Ferraro also bounced checks made out to the Department of Revenue Services and the City of Norwalk, for conveyance taxes.

Multiple attempts to reach Jensen were unsuccessful. Jensen’s attorney, Alexander Schwartz, did not return an email and a phone call.

Darcy, a paralegal, worked for Ferraro from 1999 to 2004, according to her affidavit. They had remained friends.

The Darcys were planning to buy a new home in Florida and told Ferraro this, according to the complaint. Told to expect $407,909.83 from the on Feb. 9 sale of their Pequot Drive home, they planned to wire $275,000 to a Florida attorney to close on a house there six days later, but the check from Ferraro bounced.

Marybeth Darcy badgered him with phone calls until he wired the $275,000 needed for the Florida transaction. He refused to turn over the remaining $132.909.32 until she left a voicemail threatening to have him arrested, according to the complaint.

While they ultimately received their money from the home sale, the couple contends Ferraro has refused to cover bounced check fees, service charges for utilities, and new homeowner fees, according to the complaint. The conveyance taxes of $8,237.50 were unpaid and a $823.75 penalty was assessed, along with $164.76 interest.

In a phone interview with NancyOnNorwalk, Marybeth Darcy said the couple is out about $20,000. 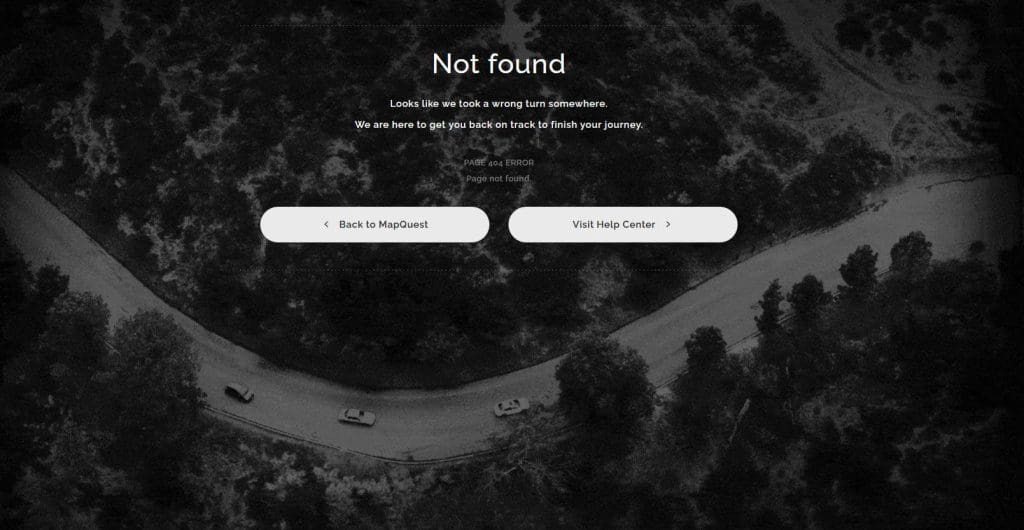 Darcy filed her grievance on Feb. 23 and the Office of Chief Disciplinary Counsel filed its request to suspend Ferraro on March 14, alleging that Ferraro “poses a substantial threat of irreparable harm to his current/or prospective clients.”

Judge Kenneth Povodator granted that request the next day and appointed Attorney James Saraceni as trustee.

After climbing through an unlocked window to enter Ferraro’s office, Saraceni reported that there was a total $750 in Ferraro’s five trust accounts, legal documents show.

Saraceni said he’d received “numerous” phone calls from Ferraro’s clients, real estate agents, and other professionals. There were eight files in which “some proceeds” were missing. Saraceni said he’d referred victims to Norwalk Police, who he said are investigating criminal complaints against Ferraro.

“We do not comment on the specifics of active investigations nor provide reports,” Norwalk Police Chief Thomas Kulhawik said in an email to NancyOnNorwalk.

Ferraro was in a rehabilitation facility on March 30, according to Darcy’s legal complaint.

Ferraro, who practiced law in Norwalk, lived in Monroe with his wife, who sued for divorce in September, according to the State’s judicial website.

Each of the three complainants say Ferraro fraudulently transferred ownership of the Monroe home to his wife in January. Alleging that the signatures on the documents are false, they seek to void the transfer so they can recover their money.

They all seek triple damages and punitive damages. 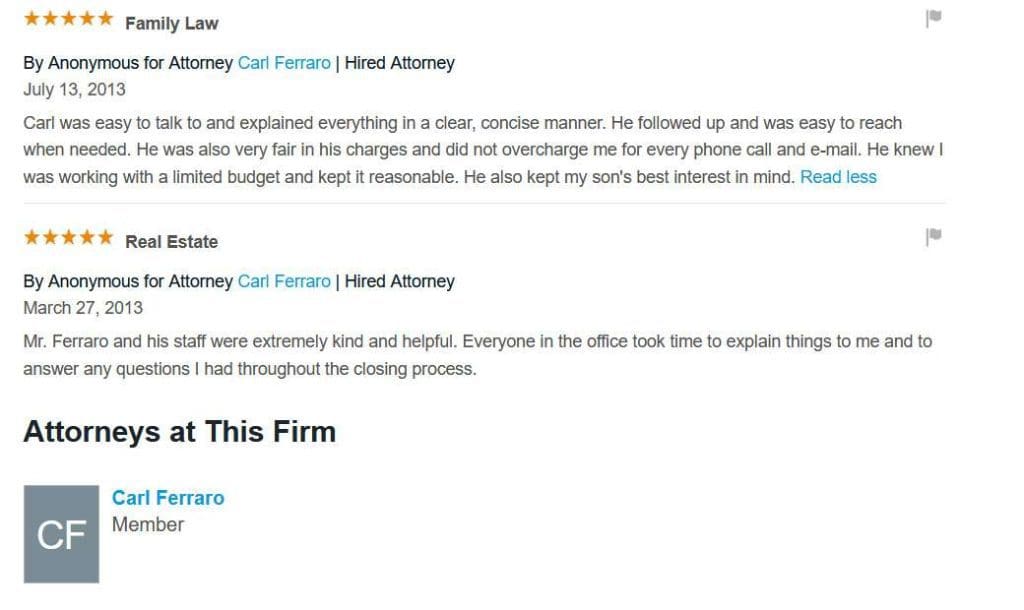 Darcy told NoN that she’d had dinner with Ferraro about a month before the closing. Despite their 20-year friendship, Darcy said she filed a grievance immediately after the check bounced because writing a bad check is “one of the most terrible things you can do as an attorney.”

She “absolutely” isn’t defending him but said he had always been extremely ethical.

While she and her husband “were fortunate” to be able to buy their house in Florida, she wishes she had tried to pick up the check from Ferraro sooner because there would have been more time to “ring the bells” in time to prevent Jensen’s problems.

But she was able to warn others, including divorce clients whose money Ferraro was holding, in time to help them.

Everyone who might have been hurt has been notified, but, “The one I was most upset about was Mr. Jensen,” Darcy said.

Darcy said that while the closing was Feb. 9, the couple didn’t learn about the unpaid taxes until mid-March.

Conveyance taxes are paid through the real estate closing process and “I never saw it,” she said. As a divorce paralegal for 30 years, Darcy added, “nothing scares me,” but the “tax man” struck “fear into my heart.”

Because state statute specifies that interest is not waivable, Darcy had to pay the outstanding $1,000 bill. But she reached out to State Senate Majority Leader Bob Duff (D-25), who was able to get the $834 penalty waived, Darcy said.

“I knew that we would continue to incur penalties and interest. So thankfully, we had money and we paid,” she said.

She worries about Jensen.

“I’m sure that the penalties and interest continue to accrue for him,” she said. “That’s the part that’s disturbing to me; I thought, ‘I’m not a martyr, but I’m also a very fortunate girl.’”

Court documents filed last week list six grievances filed by people who have not sued Ferraro. All concern real estate transactions in which Ferraro is alleged to not turn money over; one is a from a real estate agent who said she didn’t get her fee.

Connecticut has a Real Estate Guaranty Fund, but according to the State, the proceeds are for any person aggrieved by any action of a real estate broker, real estate salesman, or unlicensed employee of a broker.”

Connecticut’s Client Security Fund provides “reimbursement to individuals who have lost money or property as a result of the dishonest conduct of an attorney practicing law in the State of Connecticut, in the course of the attorney-client relationship,” the State judicial website states.

As of April 1, there was nearly $12 million in the fund, according to a State document. Seventy-two claims were filed in the year’s first quarter, totaling just over $2.1 million. The Client Security Fund Committee had approved seven claims totaling $125,056. An additional 92 claims were pending.

“Generally, clients who have been the victims of dishonest conduct by their attorney can apply to the fund to seek restitution for their losses. The fund only pays clients and not third parties,” said Rhonda Hebert, Program Manager of Communications for the Connecticut Judiciary in an email.

Darcy plans to speak up

Medical patients have a bill of rights and legal clients should, too, she said.

“When you do a real estate closing, it’s like a handshake,” Darcy said. “You’re trusting somebody with probably one of your biggest chunks of change in your life, or your biggest asset,” depending on if you’re the seller or the buyer. “There’s no retainer with the small firms. And there should be like a client bill of rights so that people like Mr. Jensen don’t have to rely on maybe (a fellow victim) like me calling them.”

Duff did not respond to an email.

State Rep. Lucy Dathan (D-142) said, “It does appear that Norwalk Police is Investigating this, and if there is evidence of a crime, they will bring charges with the state’s attorney.  The laws are in place to protect individuals. If this case does reveal that as a legislature, we should take additional actions to protect consumers, then I am sure that this is something that we would work do so.”

We are so devastated for officer Joe, of all people nobody deserves this – but 💔him? This is despicable and there should by attorney malpractice insurance has anyone looked into that on behalf of the victims? Joe is the most wonderful human being and he has given so much to his community over his years as Rowayton’s community police. I hope he gets swift recovery of his hard earned money! Sounds lime this deadbeat lawyer probably didnt pay his malpractice insurance anyway but somebody needs to check!

I reached out to Rep. Lucy Dathan on Joe Jensen’s behalf because it seems the state opted to punish a victim of a crime. Among the checks that Carl bounced was the check for the conveyance tax to the state.

The State of Connecticut sent a statement of money owed which included a fine, and interest that have been assessed on this open account. Joe’s current lawyer wrote the state and explained the circumstances, there has been no response and Joe has received another bill from the state with more interest accrued. I was extremely angry when I discovered this, in addition to his service as a police officer, he also served this country in the U.S. army. In my mind the state pushing for money in this way is nothing short of harassment.

On another note Joe’s daughter was acting as the realtors for our family. She ended up losing her apartment because she was counting on the commission to float her for a couple of months. Joe is helped her move out last week… It is stunning to think that one person can create so much hardship for so many people.

Question is why hasnt he been arrested and where is all the money?