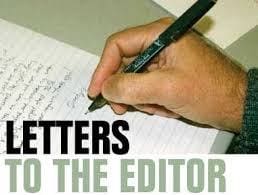 Debora Goldstein is a Third Taxing District commissioner and an East Norwalk resident.

At every opportunity for public comment for almost two decades, residents of our community have decried spending state-administered federal transportation dollars on a set of linked projects that will require the lowering of the clearance under MetroNorth railway bridge No. 03691R by two feet more than is necessary to effect the structural changes to improve the bridge. The additional clearance is conveniently just the amount necessary to allow standard 13-foot, 8-inch tractor-trailer trucks to pass underneath.

We have asked our Common Council to intervene, and four times in the last five years, they have stood by the community and voted to defend property-owners in the area.

Despite this, the employees of the state Department of Transportation, continue to pursue plans which included the radical alteration of the main drag of our downtown. Despite concerns about the eventual safety of the grade, the degradation of the community feel of our neighborhood from trucks diverting off the highway, increased pollution and rising sea-levels, this plan continues apace.

The concerns of our neighbors, and our businesses, deserve to be given fair and equitable treatment.

Bridge strikes reportedly create a minor inconvenience to railway passengers as often as twice a year, but this alteration will have an effect on residents and businesses 24 hours a day, seven days a week, 365 days a year.

We are reportedly hostage to regulations that mysteriously apply only to this bridge. Other similarly situated bridges, including Westport, Rowayton and Darien, all have clearances smaller than the one we currently have – never mind the one proposed. Clearly, if there is a will, there is a way.

This project is not only unpopular, but it is a waste of tax-payer dollars at the federal, state and municipal levels. Inexpensive solutions to prevent bridge strikes, and sensible preservation of the current clearance will enhance the safety and character of our neighborhood and save money.

The artificial crisis created by linking this project to the timelines for the Walk Bridge is intended to make us feel helpless. But, we are not helpless. You can, and must, step in to ask that state employees and timelines be responsive to the needs of the tax-payers they serve. Please ask the DOT to revisit the bridge clearance as soon as possible.

@Deb, you lost credibility when you responded to Kimmel’s assertion that sending the trucks down Fort Point was no better and also residential – you called Fort Point a ‘semi industrial’ street. When, in fact, there are residences on and ENTIRELY RESIDENTIAL STREETS right off of Fort Point. So, you want to keep them out of your part of East Norwalk, but not the more affluent, better zoned parts of East Norwalk. Let me guess – you must live on the other side of that bridge, along with Maggio.

I appreciate what you are saying. I don’t appreciate making this personal. I view my street (Osborne) as residential too, but I was informed when I bought my home that it was semi-industrial, and I am guilty of assuming that Ft Point is the same.

Interesting enough, I was misinformed. According to the Feb 27, 2015 zoning map http://www.norwalkct.org/DocumentCenter/Home/View/333

The fact is that the City has taken steps in the past in response to the neighborhood’s concerns about traffic in general and truck traffic in particular. That is why Raymond Terrace is one way, with speed bumps, a protective bump-out and a no-left turn posting.

This isn’t about banning all truck traffic, but about not laying out the welcome mat for the very largest trucks to use East Norwalk as a cut-through to bypass I-95.

The stronger argument against lowering the roadway is the water level and likelihood of flooding, IMHO. On that basis I’ll be glad if the road isn’t lowered.
Not sure why trucks are so despised. People who walk to the South Norwalk train station are not guaranteed that trucks won’t be on the adjoining roads. Trucks deliver goods to businesses (and sometimes homes — e.g. moving vans) in East Norwalk just like they do elsewhere, right?
As Councilman Kimmel observed, trucks can and do use surrounding streets to avoid striking the RR bridge.

I’m a train commuter. While I have no decided opinion on the eventual height of the bridge, the city needs to address the flow of pedestrians and cars going under it. It’s only a matter of time before someone getting on a train is hit by a speeding driver. Short term fixes are possible, cheap, and necessary..

– they need to enforce the speed limits. I’ve never seen anyone pulled over in EN, and evrry day I see someone fly under the bridge at 45mph

-there’s only a pedestrian walkway on the west side, with the station on the east side, and there’s no crosswalk on the southbound side! We’ve all seen train commuters rushing along the northbound side of a very busy road that has no markings at all. I live on the south east side of the station… There’s no legal way for me to get to the walkway under the bridge.

If you don’t have space to install a walkway on the northbound side, they need to install a crosswalk and they absolutely need to start enforcing speed limits (through all of EN)

Paul L,
The good news is that the bridge project DOES include widening the distance between the bridge abutments at the street level and a pedestrian walkway will be installed on the other side as well.

Depending on the lane widths, the roadway reconstruction MAY cause traffic to slow down on the approach to the bridge, but that will depend on whether the traffic study ultimately recommends three lanes with bike lanes and narrow shoulders or four lanes with wider shoulders.