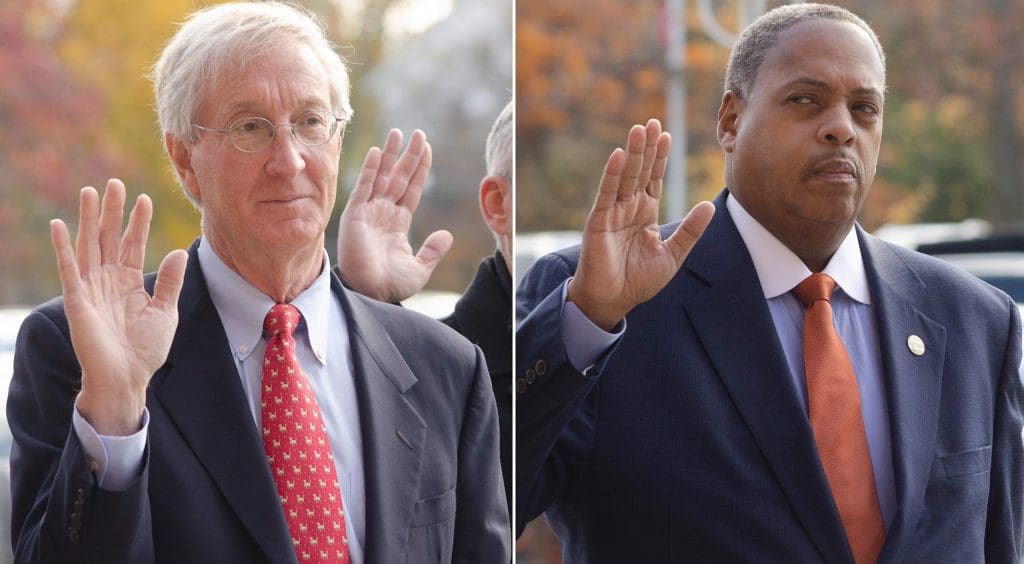 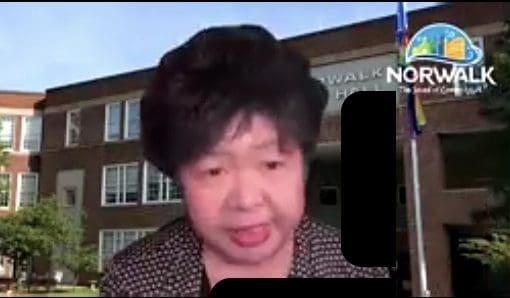 NORWALK, Conn. — The 2021-2022 Common Council kicked off its term with more division than has been seen for years: an 8-7 vote for Council President.

“Can I safely assume you are the minority leader?” Livingston asked Keegan, the only Republican on the Council.

“I won by one vote,” Keegan replied.

“Given that we have a historic opportunity to move our city forward in really a dramatic fashion with these federal ARPA (American Rescue Plan Act) and infrastructure funds, I would argue that this is exactly the time to pick the strongest and most experienced person to lead our Council,” Shanahan said, advocating Livingston as having the three needed attributes: “a strong and successful relationship with Council members, the Mayor and the Mayor’s staff; experience and knowledge about how to bring difficult and complex projects to our Council and city government successfully; and the right set of tools to accomplish these projects including strong negotiation, and interpretive interpersonal communication skills.”

She said, “Tom has a stronger relationship and the trust of the mayor. Tom has shown that he’s got the ability to work through difficult issues and difficult conversations with the Mayor to successful resolution on behalf of our Council. He’s worked closely with the Mayor’s staff to resolve constituent issues as well as promote new city projects.”

She called Livingston a mentor and an excellent listener who keeps his word, and said, “Tom’s six years of service have given him extensive expertise and knowledge as to how to deal with everything from school funding and construction, with stakeholders on the POKO project, to reading complicated ordinances. For all of these reasons, I think that Tom Livingston’s the right Council person for the role of Council President at this time.”

“Mr. Burnett is very committed to the city, whether he’s on the council or not. He’s engaged in other activities and boards that that interact with every facet of the city, every facet of residents,” Young said.

Burnett “has done a yeoman’s job” as Finance Committee Chairman and beyond that, “Greg is committed to Norwalk… whether he is chairing a committee or not, his commitment to improving the lives and the conditions for all Norwalk residents, is evident.”

There was no further discussion.  The vote was:

Kydes initially passed, casting his vote for Burnett after everyone else had named their choice.

“I’m humbled to be leading this historic Council of nine amazing women, the Norwalk Nine,” Livingston said. “I’m very excited to work with you all as well as the rest of the Council… I’m committed to working with each and every member of the Council to make this the most successful Council in Norwalk history.”

Council members begin their unpaid work with an “on-boarding” meeting Saturday. “It’s designed to help new members get up to speed quickly on the role and responsibilities of Council members, and a refresher for existing members,” Livingston said.

Dixon has been assistant city clerk for six years and has stepped in whenever City Clerk Donna King, who has retired, was unavailable, Mayor Harry Rilling said.

“You really care about the community,” Kydes said.

“You are a person of service,” Smyth said.

It’s great to see women who put the work in achieve their goals but it’s hard not to notice the divide between the white privileged and the minorities. I guess there always will be a separation of groups, even if under the cover of a movement.