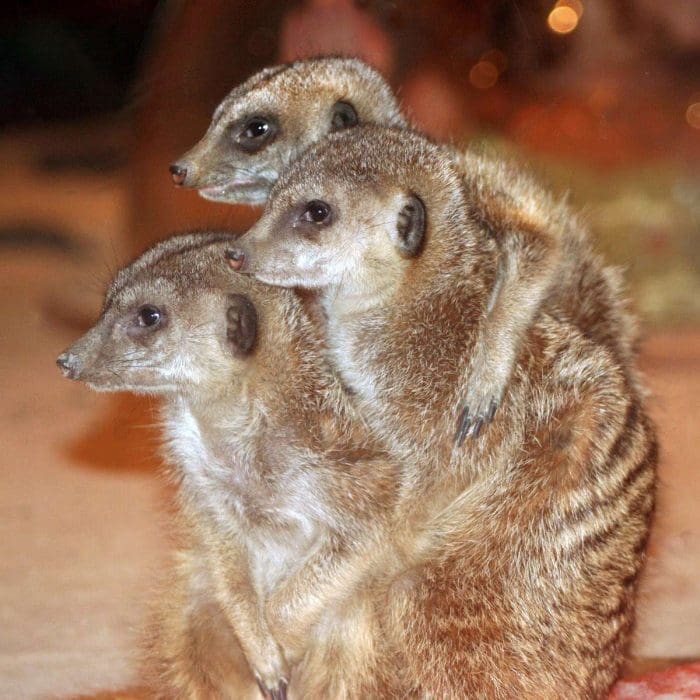 NORWALK, Conn. — The Maritime Aquarium is poised to give its prized meerkats a new home, with most of the cost born by the State, as part of the Walk Bridge project.

A new meerkat exhibit was part of the plans the Aquarium put out for bids three years ago, along with a new seal tank, a new 4-D Theater, a Go Fish tank and a west entrance, but the bids came back too high for the State’s $40 million budget. So the meerkats’ home and the west entrance were put on hold, with the understanding that if there was money left over when the seal tank and theater were complete, it would be go toward the meerkat exhibit.

“It always been a commitment in the State, in the City, that any balance… will stay in the account  to help Maritime Aquarium to finish the remaining, whatever we can do with the remaining scope, which include the Meerkat exhibit, the Go Fish tank, as well as the West entrance,” Norwalk Building and Facilities Manager Alan Lo said last week.

The 4-D Theater opened in January and the seal tank was completed in mid-May. Accounts are being closed and it looks like there’s about $1.8 million available, he said.

The budget for the meerkats exhibit has been pared down to $2,061,569, and Maritime Aquarium leaders have promised to pay the difference, Lo said.  The Common Council is expected to approve this today, Tuesday, Aug. 10.

All of this work is inspired by the Connecticut Department of Transportation’s intention to demolish the Maritime Aquarium’s IMAX Theater to provide space for the construction of a new railroad bridge over the Norwalk River, referred to as The Walk Bridge. ConnDOT is legally on the hook to foot the project’s bill due to a federal regulation dating back to President Dwight Eisenhower – never before used – which mandates that the state functionally replace the theater because it’s on city-owned property and is used by the public for education purposes, Maritime Board of Trustees Co-Chairman Michael Widland said in May 2018.

The $40 million is “not like a grant it’s really a pretty much a compensation of the easements, and removal of the old IMAX theater and all that stuff, it’s a compensation,” Lo said to the Council Land Use Committee.

When the bids came in over budget in 2018, the City rejiggered its legal relationship with the Aquarium so that it would hold and manage the funds involved and have direct responsibility over all contracts necessary for the project. Hence, a Council vote.

The original estimate for the new meerkat home was $2.6 million, Lo said. “Value engineering efforts were made with the design in order to manage costs.”

It’s possible more money will be squeezed out of the construction accounts as the $1.8 million is a high confidence projection, Lo said.

“Anything we can find, extra money to give to this project in the excess budget, I think will be great,” Land Use and Building Management Committee Chairman Thomas Livingston (D-District E) said. “I mean, the completed 4-D theater and the seal pool are just amazing. Everybody should see them if they haven’t already.”

With the price of steel up 150% since this project was hatched and per capita public debt over $30k per citizen, it’s incredible how the state continues to act as if money grows on trees. Multiply this $2 million x 1000s of other projects unneeded and you can begin to understand why the state has some of the worst long term finances in the country.

https://www.google.com/amp/s/ctmirror.org/2021/03/31/wall-street-agency-gives-ct-its-first-bond-rating-upgrade-in-20-years/amp/
“. Moody’s raised Connecticut’s bond rating from A1 to Aa3 — from its fifth-highest ranking to its fourth-highest. The Aa3 rating also places Connecticut in the “high quality” bond category rather than “upper medium” grade.”

The new bridge and demoed theater will be ugly