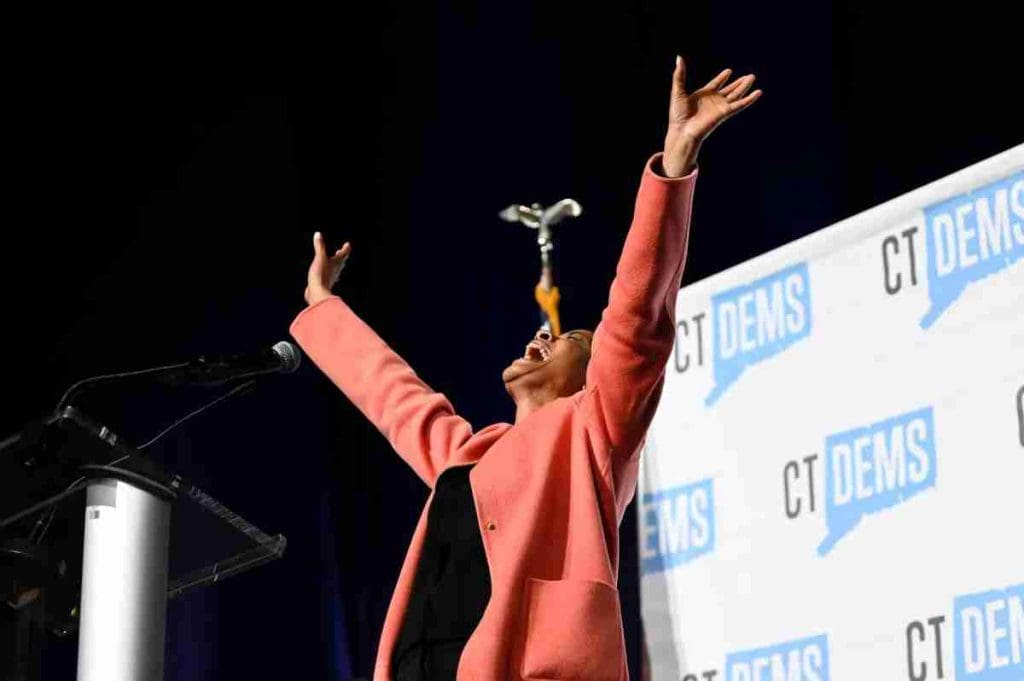 Rep. Stephanie Thomas of Norwalk won the party endorsement for secretary of the state at the Democratic convention in Hartford on May 7, 2022. She’s being challenged by Maritza Bond of New Haven. (Joe Amon, Connecticut Public)

Republicans are voting on an opponent for U.S. Sen. Richard Blumenthal. Themis Klarides, former Connecticut House GOP leader, won the endorsement but is being challenged by Leora Levy and Peter Lumaj. 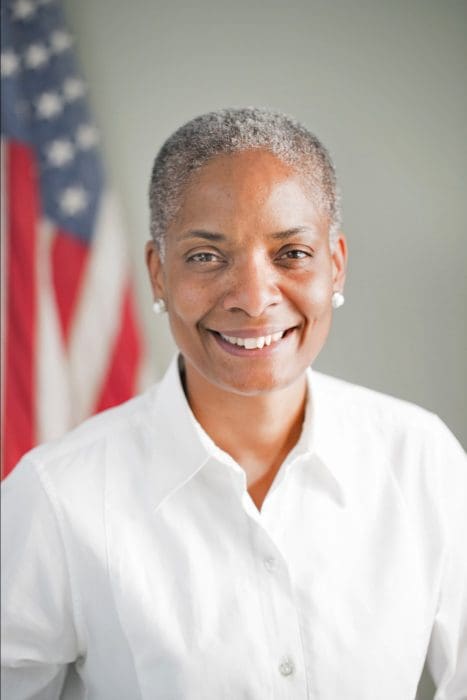 Thomas has pounded the pavement for months seeking the Democratic endorsement for Secretary of State, in addition to visiting the far corners of the state via Zoom.

Democrats say anything can happen Tuesday as a primary held in August turns on who is motivated to come out to vote. It could come down to a Norwalk vs New Haven dynamic, but Thomas supporters say her hard work in contacting people across the state might make the difference.

Both candidates qualified for a $484,125 grant from the Citizens Election Program

(CEP).  Thomas raised the necessary funds to qualify for the grant from more than 1000 individual contributions from over 115 towns across Connecticut, according to her campaign. Bond’s campaign said she submitted the required documents first but, according to the New Haven Independent, Bond’s paperwork inspired extra scrutiny before she qualified.

Some of that went to an ad the Thomas campaign said ended with a “highly misleading graphic that suggests {Bond}, not Thomas, was endorsed by the Connecticut Democrats.”

“Our democracy and rights are under assault, facing the greatest threat in any of our lifetimes and needing leaders to work together to protect it. While Stephanie Thomas is out talking to voters every day about her plans to protect voting rights, increase civic engagement and improve the state’s business records, her opponent’s only plan is to mislead voters and spread mistruths,” Kay Anderson, Campaign Coordinator for Stephanie Thomas for Secretary of the State, said in a news release.

Last week, the Thomas campaign announced that she’d been endorsed by 128 state, legislative, municipal and Democratic leaders and town committees as “the best candidate to fight for our democracy.”

“Stephanie has a clear, deep understanding of the issues and will defend our elections and voters every day, in Connecticut and at the national level,” Secretary of the State Denise Merrill said in the release. “This job is not for the faint of heart, and I am confident that Stephanie will be ready on day one.”

The endorsements come from:

Plainville Rebecca Martinez, Board of Education

Higher Heights for America and Elect Black Women Political Action Committees, both dedicated to electing Black women to federal, state and municipal offices, have also endorsed Thomas, according to the campaign. 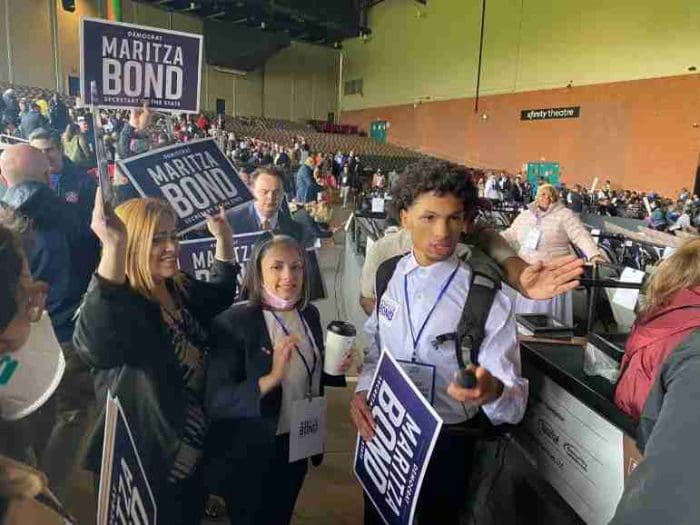 Labor unions are typically well organized in getting out the vote.

“Bond is the only candidate in the Secretary of the State’s race with the executive experience to lead the office from day one, protect our right to vote and work with local officials to make it easier to cast ballots in Connecticut. And she is the only candidate who knows first-hand what the office can do to help our small business economy grow and create good-paying jobs, pointing out that 75% of all registered business entities in Connecticut have less than 10 employees, so small business is BIG business in Connecticut,” her campaign states. 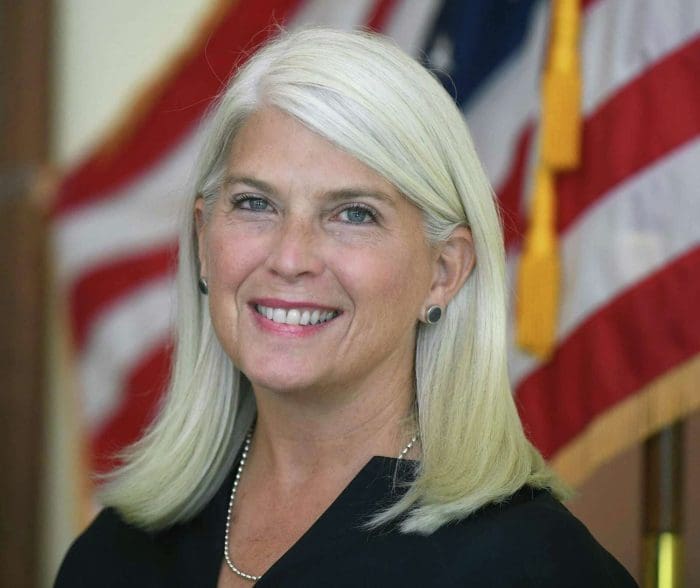 Only one Connecticut Congressional district has inspired a primary contest. Though Michael Goldstein didn’t win enough votes at the Republican convention to qualify for a primary, he subsequently collected about 2,000 signatures to get onto the ballot and challenge Jayme Stevenson, former Darien First Selectman.

The winner will challenge U.S. Rep. Jim Himes (D-Greenwich), who is seeking a seventh two-year term. 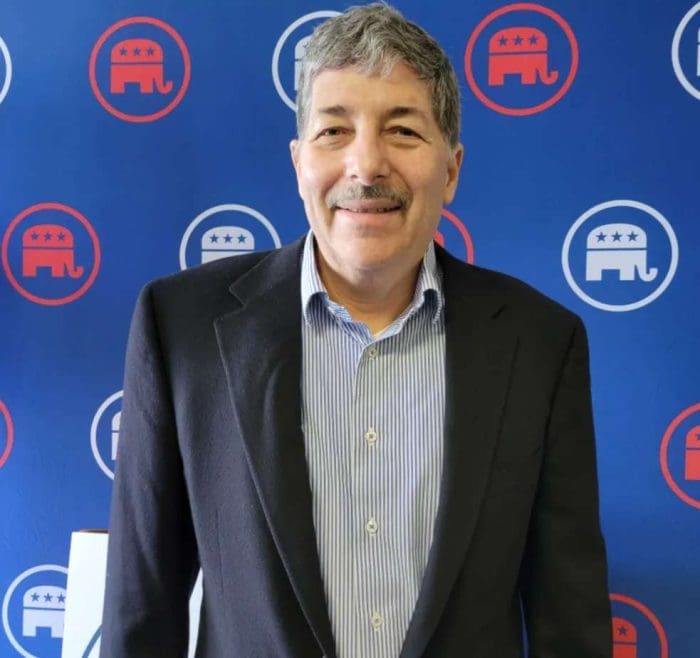 Michael Goldstein, as shown on his website. (Courtesy photo)

“I have been a Connecticut Resident for Over 30 Years.  I have moved up to Greenwich Connecticut in 1987 to escape taxes and mismanagement of government. I have watched Connecticut become as bad if not worse than New York and many of these wrongs have been while Jim Himes has been in office,” Goldstein states on his website. “…I am running for Congress as I am tired of seeing the Democrats of this Constitution State not abiding by the constitution and will do everything I can to prevent the state from becoming the next Detroit.”

Stevenson won 90% of the convention votes, according to her campaign.

The Stevenson campaign has released statements concerning Himes, while not mentioning Goldstein.

After the Bureau of Economic Analysis (BEA) released its 2nd Quarter 2022 Gross Domestic Product (GDP) figures last week, Stevenson called it “clear evidence that the United States is suffering from an economic recession.”

The release quotes her as saying:

“Families and businesses are hurting like never before as they try to recover from the pandemic. Historically high inflation, skyrocketing energy prices, rising tax rates and runaway government spending are doubling down on the financial pain. Meanwhile, just last night Himes and his allies announced even more tax increases on Americans when we can least afford it.

“Himes has failed for 13 years to show leadership on our core pocketbook issues. Instead, he chose the easy path of spending more, borrowing more, and blaming Russia for this economic disaster that could have been prevented. It’s time for a common sense, pragmatic approach to federal spending and economic policy that puts the interests of Connecticut residents and businesses over party politics and Jim Himes’ empty promises.” 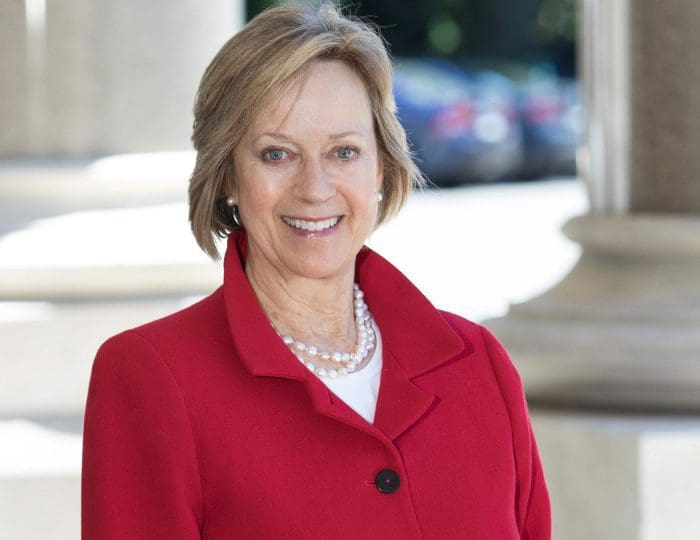 Both Rapini, the endorsed Republican candidate for secretary of state, and Wood qualified for a $484,125 grant from the Citizens Election Program (CEP).

Rapini is a lifelong resident of New Haven County, where he lives with his wife, their three grown children and their adopted family, according to his website. “Now in his 25th year in Apple, Inc.’s Consumer Electronics Division, Dominic has enjoyed a successful career and has twice been named Salesperson of the Year.”

He ran for U.S. Senate in 2018 and was “dismayed” by election irregularities, it states. 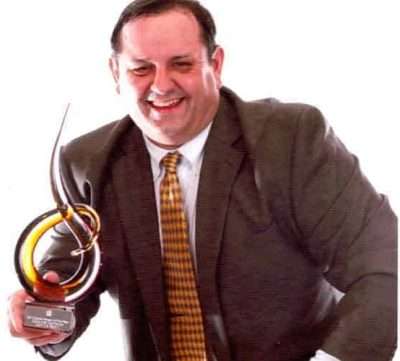 Dominic Rapini, as shown on his website. (Courtesy photo)

“Dominic Rapini is an optimist, a principled conservative and a businessman with 35 years of technology experience. Since 2019, he has immersed himself in fighting for election integrity, exposing weaknesses in Connecticut election systems and fighting for elections that we can trust and be proud of,” the website states.

Wood has been endorsed by former Republican Secretary of the State Pauline Kezer, according to the campaign’s website.

“Wood is currently serving her 7th term in the Connecticut House of Representatives where she has shown leadership and an ability to work in a bipartisan way to get things done,” the campaign states. “Secretary of the State is the third highest position in state government, and Terrie Wood is ready to step into this responsibility.”

Wood has a “100 Day Plan to Secure Connecticut.” It includes working with National Secretaries of the State “to identify the best voter database system for our town clerks and registrars” and meeting with “both the Registrar of Voters Association of Connecticut and the Connecticut Town Clerks Association to ensure proper compliance and training for secure elections.”
It would be an “administration run like a business.”

“The Secretary of the State’s Office is meant to serve the people and not the government,” the plan states. “Terrie Wood’s experience as a legislator and successful business owner make her the ideal executive to serve Connecticut’s businesses and voters.”
The Chapman Hyperlocal Media Inc. Board of Directors has voted to take a comments recess for August, as an experiment. We are not posting comments. The comments section may return in September. For more information, see this post.