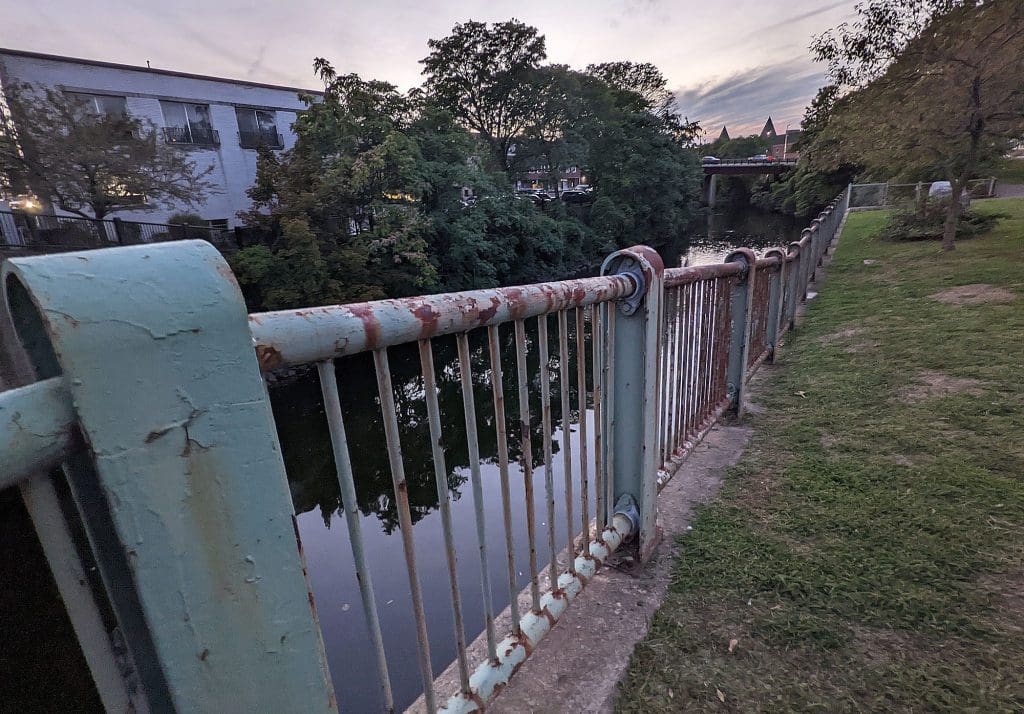 NORWALK, Conn. — Norwalk is poised to spend nearly $526,000 to rehabilitate a dilapidated railing in Freese Park, at Main and Wall Streets, an expenditure approved recently by the Common Council.

The project goes back to a master plan completed in 2017 and has been out to bid three times, Norwalk Parks Superintendent Ken Hughes said Sept. 14, calling it “the infamous Freese Park railing.”

Responses to the first bid solicitation were “astronomical” and the second FRP (request for proposals) drew no replies, he said. The third time, the project was split into four phases.

Giancorp Contracting Inc. was the only respondent, according to a memo written by Assistant Civil Engineer Mario Pizighelli. On Sept. 27, the Council approved the contract.

Not knowing what the responses would be, Recreation and Parks split the work into phases so “at least we can start the project,” Hughes said.

The City has been talking about redoing the fence for at least nine years but lead paint is the “biggest challenge,” he said. It has to be removed and refinished off site. There are sections that have to be replaced and one part needs to be crash rated, because in March 2016 a man drove his car through the railing and into the river. 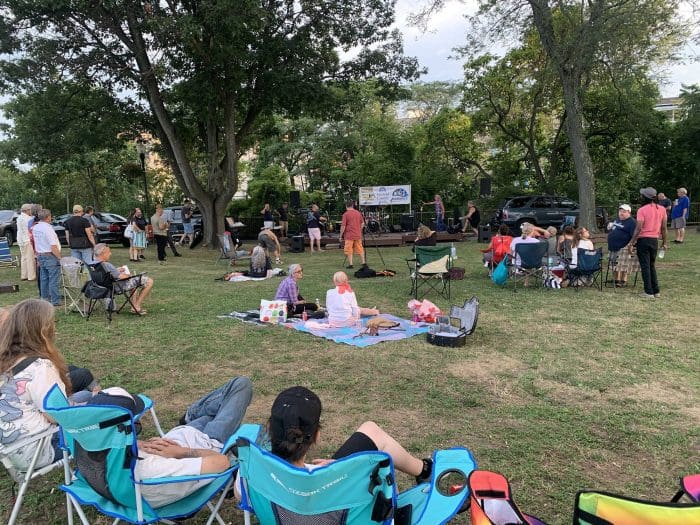 The 2017 master plan imagined an amphitheater built into the hillside near the Burnell Boulevard side, on the river front. Activist Diane Lauricella spoke to the Recreation and Parks Committee on Sept. 14 and suggested members go back to the drawing board and include the amphitheater.

Cantilevering a stage over the river “ended up being too crazy in terms of cost and engineering,” Hughes said. Officials “settled on sort of a little amphitheater area” with seating “into a natural hill that’s there now. This fence replacement doesn’t at all affect that.”

Chris Shimko, a citizen, spoke to the full Council on Sept. 27. Freese Park is “very small, not utilized by many people,” he said, suggesting the $500,000 could instead be used to refurbish parks on school grounds. No Council members replied to the comments. The project was approved as part of the “consent calendar,” meaning a unanimous vote with no discussion.

In the same meeting, the Council approved $316,558 for Devon’s Place, a playground adjacent to Matthews Park, $114,556 for Bouton Street Park and $132,268 for Flax Hill Park. Devon’s Place is a capital budget expenditure while the latter two are funded by American Rescue Plan Act (ARPA) grants.

“Freese Park is a special place for the residents of the Wall Street neighborhood, with its view of the river, and natural amphitheater. It’s right in the heart of Norwalk’s original and historical downtown,” Wall Street Neighborhood Association President Marc Alan said recently in an email to NancyOnNorwalk. “For as long as I’ve been in Norwalk, I’ve always seen that Freese Park has the potential to be a massive draw for cultural tourism. I couldn’t be more pleased to see funding for the Freese Park improvement come to fruition, and I greatly look forward to the improvement. Thanks to Bob Duff and everyone fighting for the future of Wall Street.” 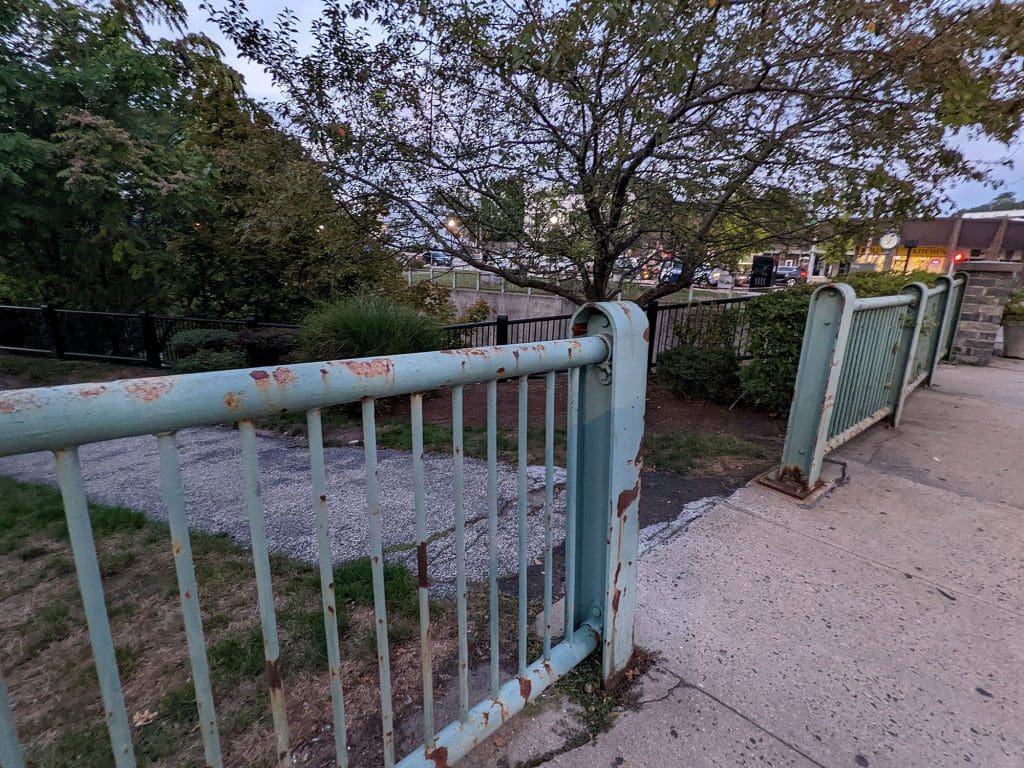 The railing as seen on Wall Street.

We need to continue to improve our parks in our city. I also had homeless people tell me there should be some type of Porta potty available in this park because it is a resting place.🙏🏼💩🦔

Johnny’s comments are amusing, but the fact is correct that there have been what appear to be homeless people loitering the park, and sleeping in the park at night. We noticed this began during Covid, and seems to have coincided with the suspension of regular park activities. This is something the Wall Street Neighborhood Association is beginning to look at, and will be addressing with the city.

On one hand I believe we need to be compassionate to people who are homeless, in need of social services, etc. but we also want our local people to feel people comfortable and safe strolling through our local park.

My hope is that with the revitalization of the park, with the return of small events, and with more people using the park in general, that it will naturally a reverse affect.