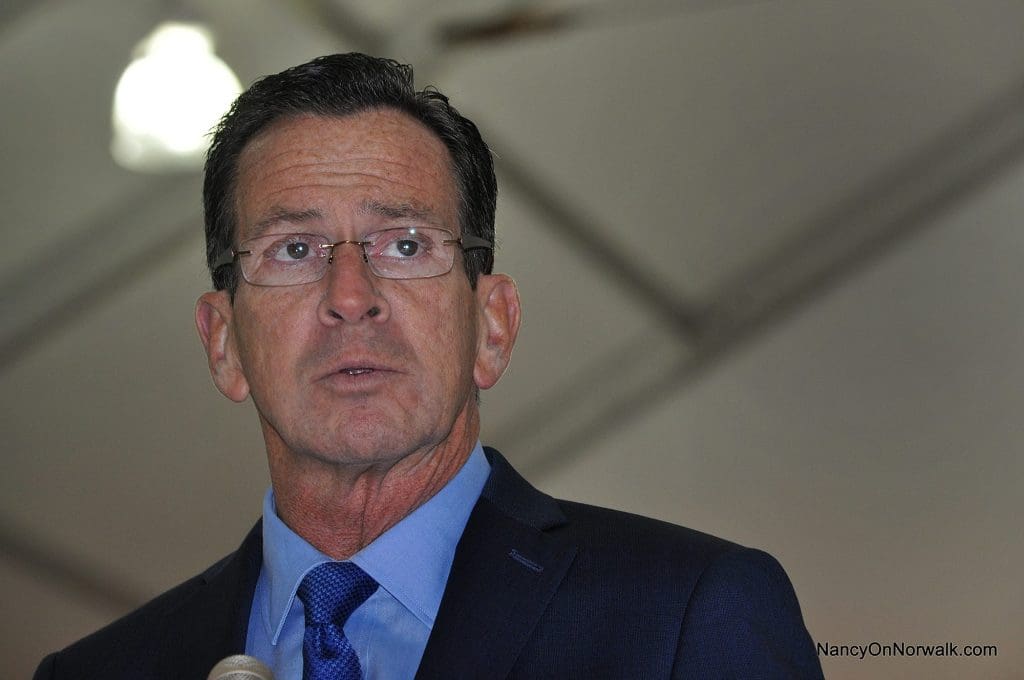 HARTFORD, Conn. – Gov. Dannel Malloy is suggesting “a bold, forward-thinking plan to address disparities in funding the state’s education system” as part of his state budget proposal, his office said in a Monday press release.

This is Malloy’s proactive approach to the court ruling made last year by a judge in the Connecticut Coalition for Justice in Education (CCJEF), mandating changes in the Educational Cost Sharing (ECS) formula.

“Waiting for further judicial action on the matter will only result in wasted time and wasted opportunity on behalf of students in Connecticut,” the press release said.

Norwalk has long campaigned for a revision in the ECS formula, claiming that it is shortchanged in the formula’s reliance on the grand list as a measure of poverty and citing the growing number of students on Free and Reduced lunch, now at more than 50 percent.

Malloy’s proposal replaces Free and Reduced lunch with HuskyA to “improve the fairness of how aid is calculated, incorporating more accurate measures of poverty.”

“Changes in the federal school lunch program render the current student poverty measure – free- and reduced-priced lunch (FRPL) – less accurate. As such, HUSKY A data will replace the free- and reduced-priced lunch (FRPL) eligibility as the student poverty metric. In addition, the poverty weighting factor is adjusted because HUSKY A enrollment exceeds those eligible for FRPL,” the proposal states.

The proposal would also fund Special Education separately, factor enrollment changes in and adjust the requirement that cities fund their school system at the same level as in previous budgets.

“We’ll need our finance people to evaluate this in detail before we’ll know what it means for Norwalk,” Norwalk Board of Education Chairman Mike Lyons said.

Lyons later posted on Facebook, “This proposal looks like it will either cut Norwalk’s funding or at best leave us at a wash.”

“We have looked at the press release that was issued by the Governor’s Office on this proposal this afternoon, but we will need to see some more details on exactly how the Husky A measure will be used in the revised ECS formula to determine what the impact on Norwalk will be from this proposal,” NPS Chief Financial Officer Thomas Hamilton said in an email. “We currently have an estimated 5,044 children on Husky A, which represents about 44% of our total enrollment.   This percentage is below the roughly 50% that are currently eligible for free and reduced lunch, but I am unable to determine from the Governor’s press release what using the Husky A enrollment will actually mean for Norwalk’s ECS grant, especially when you factor in the other changes to the ECS formula that the Governor has proposed.  We will be reviewing the Governor’s budget proposal after it comes out on Wednesday to gauge its impact on Norwalk.”

Norwalk has been suffering under ballooning Special Education costs.

“Under the proposal, a new Special Education Grant will be created and funds allocated on an adjusting scale based on a municipality’s relative wealth in order to provide a more transparent approach to special education resources and needs,” the release said. “Local districts will be required to seek Medicaid reimbursement for eligible special education services.  They will continue to share the additional federal revenue with the state.  Governor Malloy is also proposing to allocate an additional $10 million towards special education, the first increase in many years.”

Norwalk officials have also cited the state’s Minimum Budget Requirement (MBR) – the law requiring municipalities to allocate at least the same town education aid as they did in the previous fiscal year – in recent years as reason not to fund the BoE’s entire request. Last year, a request for $3 million to fund changes to the SpEd department resulted in a separate “special fund,” so that it wouldn’t be mandated as part of future budgets.

“First, for towns that will see an increase in state education aid during the upcoming fiscal year, the MBR requirement will be set at the Fiscal Year 2017 level.  For any district that may see a decrease in its ECS grants, this MBR can be reduced by a sum equal to the difference of its Fiscal Year 2018 ECS grant minus its adjusted Fiscal Year 2017 ECS grant.  Additionally, his proposal provides towns that fail to meet the MBR due to financial hardship with the ability to apply to the State Board of Education to seek a waiver.  Last, starting in Fiscal Year 2019, the Governor is proposing to eliminate the MBR for all school districts that are not participating in the state’s Alliance District program and require the State Department of Education to develop recommendations for an alternate method of ensuring adequate local funding of education.”

Malloy, in the release, repeated his oft-heard comments about the importance of education as it prepares children for the jobs of the future. He said:

“We need to ensure that all students – regardless of their life circumstances or their zip code – have access to a quality public education.  I do not believe the formula the state currently operates under meets that standard, and the recent CCJEF ruling agrees.  We must not wait for further court orders before taking bold action to address fair and equitable funding of our public schools.  Any delay and any inaction in repairing how we fund the state’s education system is simply wasted time – especially for the young students of our state whose future opportunities in life depend on the decisions we are making today.  We cannot delay any further.  Let’s take action in how we fund education and let’s do it now.”

Malloy is expected to announce his proposed budget Wednesday.

Odd. If non-profit Norwalk Hospital were to start paying property taxes then it might not be able to pay its CEO more than $1.2 million?

In my opinion, Step 1 would be transparency.

Ooops. Commented on wrong story. How can I delete my stupidity?