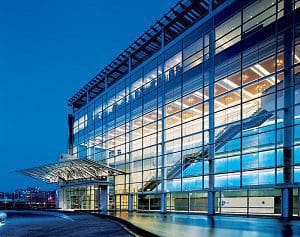 STAMFORD, Conn. – With the tight race for governor reaching the boiling point as Tuesday’s election looms, Gov. Dannel P. Malloy announced Friday that UBS and the state have amended their partnership agreement, re-affirming UBS’s commitment to the state through 2021.

The announcement comes amidst rumors and predictions that UBS was planning to continue to reduce its Stamford workforce. The new agreement penalizes UBS for slipping below 2,000 employees in the state.

“This extended agreement clears up any doubt about the company’s intentions in Connecticut and makes sense for UBS, Stamford and the entire state, especially given how important the financial services sector is to the state and local economies,” said Malloy in a prepared statement emailed to the media.  UBS has been a valued employer in a high-profile industry and a good corporate citizen in the state for many years, and that’s why maintaining this public-private partnership should be a top priority.  Today’s announcement is about retaining quality jobs for Connecticut and reaffirming the state’s reputation as a leader in financial services.”

The amended partnership agreement with the state will extend the time frame, with incentives for UBS to remain in the state until 2021 with no further financial outlay on the part of the state, the release said.

“We appreciate our partnership with Governor Malloy and the State of Connecticut and it remains an important market for UBS,” said Kathleen Lynch, COO, UBS Group Americas.  “For more than a decade, UBS and our employees have been active members in communities from Stamford to Hartford, and we are pleased to continue our collaboration with this great state.”

Under the terms of the original loan from the Department of Economic and Community Development (DECD), the company received $20 million, which was fully forgivable if the company maintained 2,000 jobs for five years. In the extended agreement, the same $20 million has the potential to be fully forgivable if the company continues to retain 2,000 jobs, with loan forgiveness based on the number of jobs retained in the state each year through 2021. At the end of each year through 2021, a job audit will determine the level of employment from which DECD will determine what percentage of forgiveness will be earned that year.  If the company fails to meet the minimum employment obligation in any year, the related loan portion amount will be due and payable along with penalty of 7.5 percent.

“The new formula is a win-win proposition. It provides incentives for the company to retain employees in the state, while requiring repayment of a portion of the loan each year should jobs decline,” said DECD Commissioner Catherine Smith.

UBS, a global bank and wealth manager based in Switzerland, established offices in Stamford more than a decade ago.

As of 2014, the insurance and financial services sector employed 111,600, 7 percent of Connecticut’s total employment, the release stated, and annual wages are 144 percent higher than the average wage in the state.

fedUP
I am bit confused with your comments. This is not a try, but it is yet another success of the Malloy administration. Why is it you Republicans just hate facts??

Nancy, I’m confused. UBS is moving all back office and IT people to Tennessee; a number of folks are being transferred to NYC. Who are these 2000 workers? They don’t even have enough workers to keep their day care center running — it has been opened to the public and could be closing ….

The agreement calls for 2,000 employees in the state, not necessarily in Stamford, and the agreement carries targets and financial incentives. We have added this link from the Stamford Advocate, which did additional reporting on the issue, as we expected.

Too little, too late — the huge UBS building is already emptying out and no new employees will be added. We are supposed to view this as reason to re-elect incumbents?

Do you know how many people they employ in Hartford? Global real estate is headquartered there as is a wealth management office. I am sure those jobs count in the calculation, jobs which date back 30 years when it was part of Aetna real estate.

And in 2021 they will have their hands out again in another attempt at blackmailing the state. Hopefully Malloy won’t be around to give even more of the store away then. This is a shameful, desperate headline grab for a failed governor. The other commenters are right. UBS in Stamford is just about gone. Mortons and other restaurants are following suit. Someone needs to take control of this ship and stop the madness before we hit the iceberg.