A 13-minute version of the 2004 animated Hollywood film, “The Polar Express,” will play daily with thrill-enhancing special effects in the Maritime Aquarium 4D Theater between Thanksgiving and New Year’s. (© ™ Warner Bros. Entertainment Inc.)

Santa in the tank 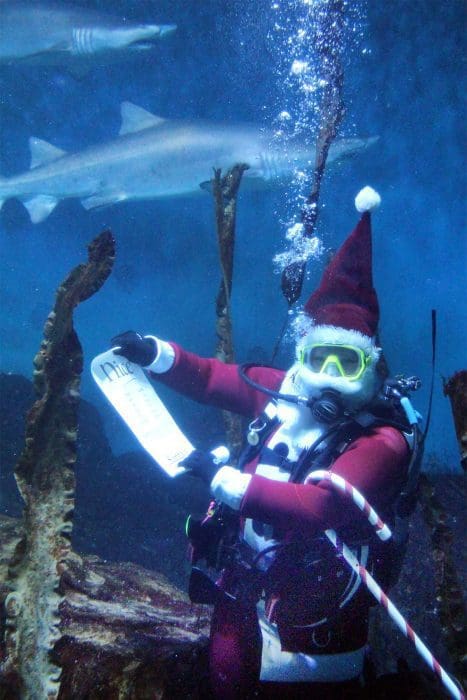 Scuba-diving Santa Claus, decked out in a custom diver’s outfit, will swim with the sharks in the Maritime Aquarium at Norwalk’s huge “Ocean Beyond the Sound” tank on Saturdays and Sundays from Dec. 3 through 31 (“workload permitting”), according to a news release.  Proving that sharks aren’t all vicious maneaters, Santa will glide among sand tiger and lemon sharks, up to the exhibit window where he’ll pose for photo ops with kids.  Exhibit attendees can talk to the divers accompanying Santa underwater.

“Santa’s Breakfast Pajama Party” for Aquarium members is planned for Saturday Dec. 17 from 8 to 10 a.m. The multi-sensory movie The Polar Express 4D Experience, narrated by Tom Hanks, depicting a youngster’s self-discovery on a train ride to the North Pole, will screen that day at 9:40 a.m.  Tickets cost $30 apiece regardless of age. The film will be shown hourly through Monday Jan. 2. 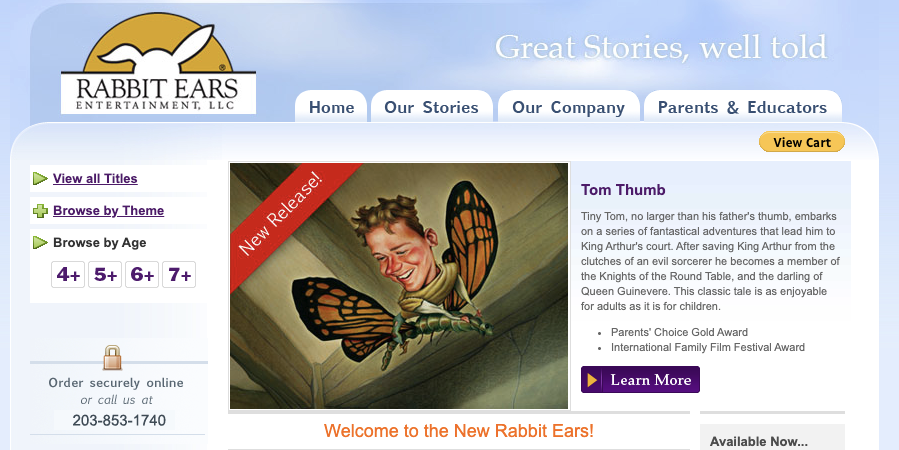 Rabbit Ears Entertainment’s pop-up store at 114 Washington St. South Norwalk will be humming throughout the holidays. In a news release, Rabbit Ears President Deborah Weingrad said it’s the company’s first physical store, after years of online presence on Amazon and other e-commerce sites.

Curiosities abound, such as a one-sided LP of The Three Billy Goats Gruff told by Holly Hunter, and The Three Little Pigs with music by Art Lande.

Residence Inn Norwalk, a three-year-old hotel located at 45 South Main St. was recently taken over by Alabama-based Highline Hospitality Partners.  It is Highline’s ninth such acquisition.  According to a news release, their team has over 60 years of experience buying, managing, and selling hospitality properties.

“We are proud to add the Residence Inn Norwalk to our growing portfolio of hotels,” said Highline Managing Partner, Chuck Pomerantz. “This is our first property in Connecticut, and we are looking forward to getting acquainted with the city of Norwalk and providing best-in-class accommodations for visitors.”  The firm’s website is at www.highlinehp.com.