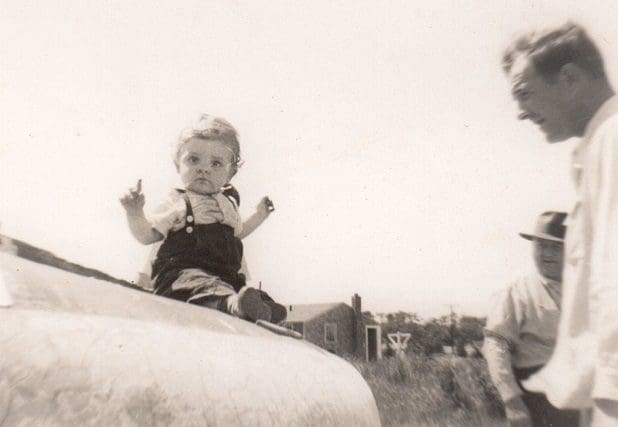 Mark was born in Hyannis, Mass., June 27, 1953, the son of the late Carl W. and Martha C. Chapman. He met his wife, Nancy (Guenther), at the Smithville Theater in New Jersey in 1976 and they married a year later.

Alternately saying “I’m like a shark – if I stop moving I’ll die,” and “They can’t hit a moving target,” Mark moved around the East Coast, first for theater jobs, then with newspapers. Both careers had their roots on Cape Cod. Mark’s father built the original Cape Cod Music Circus for Broadway legend Gertrude Lawrence and her producer (and later ambassador) husband, Richard Aldrich, in 1950. The theater became the Cape Cod Melody Tent in 1954, and Mark spent the first 20 summers of his life there – “It was my summer camp,” he would say. He followed his father’s lead and became widely recognized as a tent theater expert, both as a hands-on rigger and a day-to-day operations manager. Despite a break in 1973 when he began a four-year association with Chateau de Ville Dinner Theaters, he continued his association with the CCMT through 1993 – 40 years.

Mark was a member of the Barnstable High School class of 1971. He spent much of his high school career in the music room as a member of the chorus, a trombonist in the marching, concert and stage bands, and the pit orchestras for West Side Story, Oliver, Kiss Me Kate and Guys and Dolls.  He went on to attend Berklee School of Music in Boston for a year. 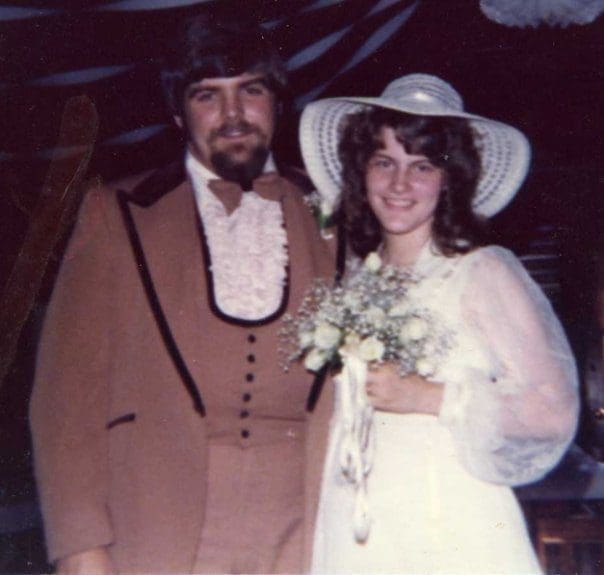 Having begun indulging his love of sports and writing at age 15 as a sports correspondent for the weekly Barnstable Patriot and the daily Cape Cod Standard-Times, Mark looked to newspapers as a career after getting married. In addition to the Times, he worked fulltime for Hughes Newspapers, a weekly group with the Cape Cod News, Yarmouth Sun, Dennis Bulletin, Harwich Oracle and Cape Cod Oracle, in the 1980’s, and the Daily Enterprise of Brockton, Mass., where he began his move into news.

He also worked side jobs for a time to support his young family, waiting tables at the Hearth ‘n Kettle and doing sports casts in the early morning hours at WQRC.

His news career would take Mark and his family to papers in Vero Beach and Sarasota, Fla., Wilmington, N.C., North Myrtle Beach, S.C., Vineland, N.J. and Norwalk, Conn., as it was common to move around in the business. His favorite, though, was the 12 years he spent with The Boston Herald, first in news, then as travel and books editor. That job opened up the door to taking 40-plus cruises and becoming the Herald’s self-described “cruise and tacky beachside resort writer.” 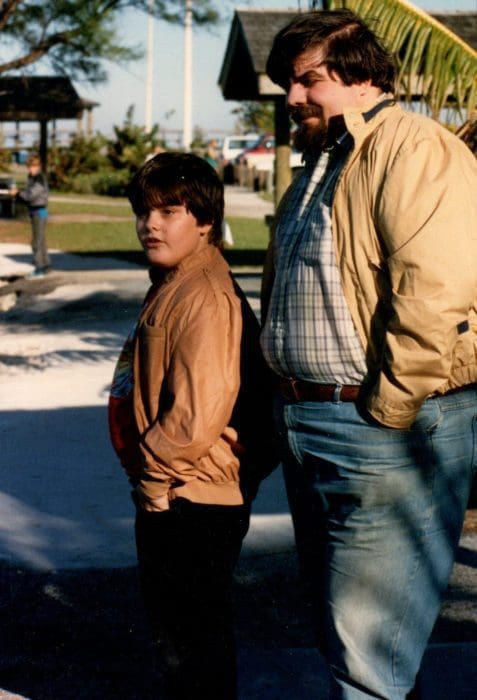 Mark also entertained, singing professionally at many venues, including Don’t Tell Mama in New York City, and working with Paul McGowan Productions to host karaoke at Cape locations, such as the Duck Inn Pub. His career included radio talk shows, regular appearances on a travel talk show in the Boston area, a sports talk show on WKZE in Orleans and the publishing of New England Boxing Monthly in the 1980s. 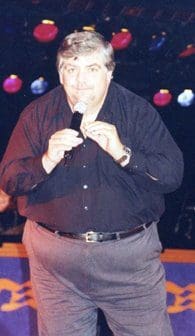 Singing in 2000 on the Golden Princess cruise ship.

As the newspaper business crumbled, Mark and Nancy and their talented artist son, Eric, started a news website when hyperlocal sites were in their infancy. EnglewoodEdge.com was quickly popular, but the failing economy made it untenable as a sustainable job. After moving to Norwalk, Conn., for two more jobs with failing media outlets, the family began NancyOnNorwalk.com, with Mark as editor, Nancy as reporter and Eric as designer. The site clicked, the accolades grew and the community credited the site with changing the discourse in the city and holding public officials accountable.

He had a big personality and invariably regaled anyone who would listen with stories about the entertainment business, the cruise ship business, or opinions about politics or journalism. His hearty laughter will be missed. 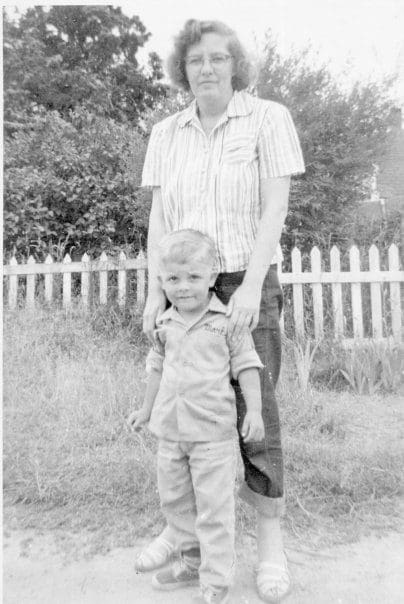 Mark with his mother, Martha Chapman.

He was pre-deceased by his parents, a brother, Peter, and sister, Carol.

A memorial service is planned for 2 p.m. Oct. 29 in Norwalk, Conn., at the Mill Hill Historic Park located at 2 East Wall St.

In lieu of flowers, please consider the needs of the family with a donation to Chapman Hyperlocal Media Inc., a 501(c)(3) non-profit. There are also two GoFundMe campaigns in Mark’s honor. 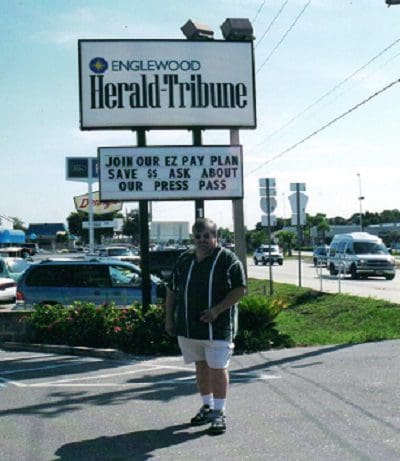 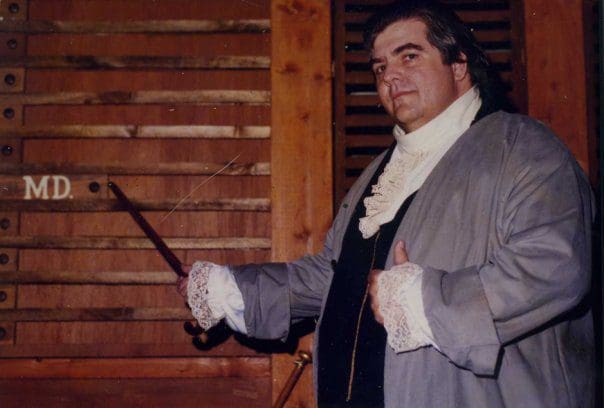 Nice job, Nancy! Interesting and original, like you and Mark. ANd of course, well written. See you on the 29th.

Nancy, I worked with Mark at the Cape Cod Melody Tent back in the 70’s. And when Mark worked at the Cape Cod Times, he wrote an article about my Dad’s (Paul Nielsen) accident while referring a hockey game in Bourne in 1978. I fond memories of Mark and I was said when my Dad told me about his passing. I just wanted to let you know, as I am sure you do, he touched many lives, mine included. It seemed like he lived a great life. My thoughts and condolences to you and your family.
Karen Nielsen

It seems surreal that he is gone. My deepest sympathy to you Nancy and Eric. We are all have been blessed to have Mark in all or part of our lives.